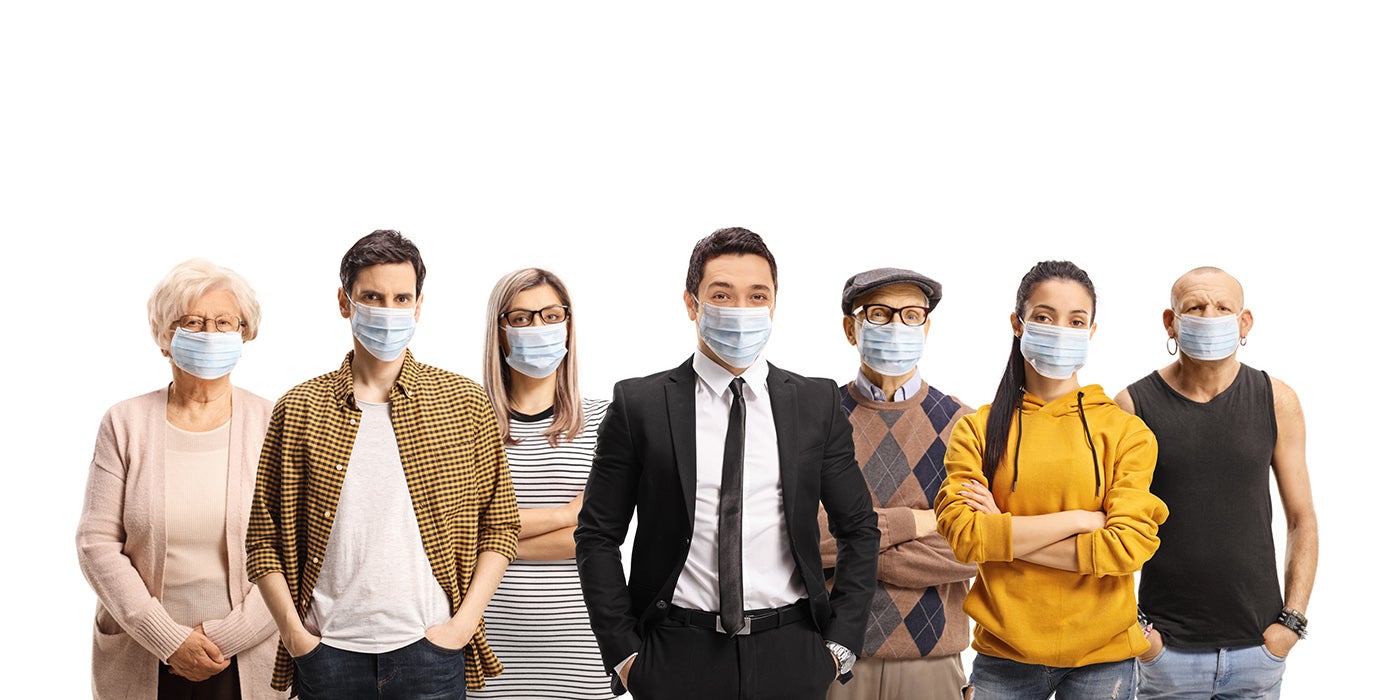 The risk of dying from Covid-19 is significantly lower for young and middle-aged adults than for the elderly. The fact that Latin America’s population is younger relative to high-income regions would suggest that age-based prioritization of vaccine delivery, targeted confinement, and other policies targeting those most at risk of developing serious complications would be especially cost-effective. Put another way, making sure the elderly receive the vaccine first and that they stay at home until it arrives, while the younger population is allowed to go about its business, are better propositions in, say, Mexico than Canada.

But is Latin America’s younger population really an advantage in the fight to contain the coronavirus? The answer is: not nearly as much as previously thought.

In a recent working paper, we show that in developing countries younger age groups represent a significantly larger share of Covid-19 deaths relative to high-income countries. From the five developing countries with the most confirmed Covid-19 deaths, four are in Latin America. In this region, young and middle-age adults represent a larger share of each country’s deaths than those cohorts do in the five high-income countries with the highest number of deaths (Figure 1). For example, for every 100 Covid-19 deaths in Colombia around 30 were people under 60 years old. Just 12 of every 100 Covid-19 deaths in the US correspond to people under 60.

Figure 1. Shares of 10-Year Age Groups in Total Country-Level Covid-19 Deaths for 10 of the Countries with the Highest Death Toll

Why the difference? The first possible explanation is that populations in developing countries tend to be younger, which would mean that the pool of people that is susceptible to get the disease is also younger. However, even if we account for differences in ages across the two country groups, the share of non-elderly groups in Covid-19 deaths remains significantly larger in developing than in high-income countries.

If the larger number of susceptible young people in developing countries is not driving the gap, this leaves two other possible explanations: higher infection rates among Latin American young and middle-aged adults, lower recovery rates, or a combination of both. Put differently, it could be that younger adults in developing countries are more likely to become infected than those in rich countries, or it could be that, once infected, they are more likely to die from the disease in low- and middle-income countries than their peers in high-income countries.

Our research found that younger populations are relatively less likely to recover from Covid-19 in developing than in rich countries. Non-elderly Covid-19 patients are more likely to die from the disease in Mexico and Colombia than they are in the US and Canada, whereas there are no significant differences among the population aged 80 and older (Figure 2). In fact, the average Covid-19 positive patient in the 40-49 age group in the Colombia and Mexico sample has statistically the same average probability of dying from Covid-19 as a Covid-19 positive patient in the 60-69 age group in Canada or the US .

Figure 2. Probabilities of Death, Hospitalization, and Placement in an ICU for Covid-19 Positive Patients in Colombia, Mexico, Canada and the United States

So why are young people in Latin America less likely to recover from the coronavirus? Part of the difference is access to care for patients in critical condition. It is true that in Colombia, and even more so in Mexico, patients that receive a positive Covid-19 diagnosis are more likely to be hospitalized than in Canada and the US.  However, younger Covid-19 patients in these countries have a lower probability of being placed in an Intensive Care Unit (ICU) if they are hospitalized. Our analysis suggests that this not because young and middle-age patients in Mexico and Colombia need less intensive care. Quite the contrary, they tend to develop more severe complications from the disease than people of the same age in Canada and the US. The relatively lower access to ICU care appears to reflect a more limited supply of such services in these Latin American countries.

Next, we compared other characteristics that could affect mortality rates, such as income, population, total number of Covid-19 cases and deaths, the population’s age composition, testing per capita, positivity rates of tests, and the number of days that each country took to issue stay-at-home orders and to close schools following initial reported cases. The gap in shares between developing and rich countries shrinks when we account for these factors, but only by little, indicating that they cannot account for the bulk of the mortality differences between the young in developing and high-income countries (Figure 3, bottom-left).

Last, we repeated the exercise accounting for the share of each country’s population at high risk of developing severe Covid-19 complications due to preexisting conditions at the age-group level, obtained from a recent scientific article. The gap between developing and rich countries disappears completely for the young adult group, and shrinks significantly (from 23 to 12 percentage points) for middle-aged adults (Figure 3, bottom-right). The higher prevalence of preexisting conditions associated with severe Covid-19 complications — such as chronic kidney diseases, chronic neurological disorders, HIV/AIDs, and tuberculosis — explains much of the higher non-elderly mortality observed in developing countries.

Figure 3. Estimates of the Age-Group Shares in Covid-19 Deaths in Developing and High-Income Countries

After accounting for all these factors, middle-aged adults still represent a meaningfully larger share of Covid-19 deaths in developing than in high-income countries. This remaining gap is likely explained by differences in the rate at which middle-aged adults become infected with the disease. We find indirect evidence supporting this explanation by examining data from over 1,400 Brazilian cities. Variables that other studies have linked to a faster spread of the disease — such as residential overcrowding, access to piped water, and labor market informality — are also linked to a larger share of the non-elderly population in the total Covid-19 deaths of each city. Other studies, including a large serological survey that infers the spread of the disease by measuring the presence of antibodies in the local population of 133 Brazilian cities, similarly point in the direction of increased infection rates among this age group.

The development challenges of Latin America and the Caribbean—and in particular the high prevalence of morbidities and the limitations of our healthcare services—have made young and middle-aged adults in our region more vulnerable to Covid-19 than in other parts of the world. Does this mean that policies such as age-based vaccine prioritization and targeted confinements may be less effective in our countries? Not necessarily. But our work does highlight that, in the developing world, age may not be a sufficient indicator of Covid-19 mortality risk. Our response to the crisis needs to pay special attention to other factors—such as preexisting conditions, housing conditions, and access to healthcare—to protect lives as we move towards much-needed economic recovery.

Annabelle Fowler is an economist and a Public Health Policy and Regulatory Research Fellow in the Office of the Commissioner at the US Food and Drug Administration via the Oak Ridge Institute for Science and Education. She holds a Ph.D. in Health Policy from Harvard University and has research interests in Health Economics, Health Insurance and Pharmaceutical Markets, and Global Health. She was an Intern in the IDB Education Department in 2009. Annabelle’s writing for Ideas Matter reflects her views and research, and not those of the US Food and Drug Administration.

Nicolas Herrera L. is a Research Fellow of the Research Department of the Inter-American Development Bank. His interest focus on the use of Statistical and Data Science methods to improve the effectiveness of public policies related to labor markets, education, poverty reduction, transportation, and environment. Nicolas has a double degree in economics from the Universidad del Rosario in Colombia and the University of Toulouse in France. Additionally, he has a master's degree in Public Policy and Development from the Paris School of Economics. He has previously worked for the Ministry of Finance, the Presidential Agency for International Cooperation of Colombia, and as a Research Assistant at the Paris School of Economics.