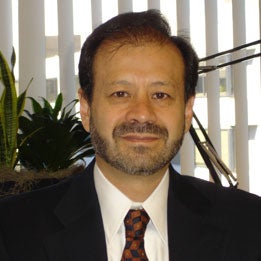 “The wheel is come full circle,” wrote William Shakespeare and so it seems has the progress of economic ideas in the view of Augusto de la Torre, the Chief Economist for Latin America and the Caribbean at the World Bank.

Economics is largely about supply and demand and the intersection of the two. But De la Torre, in an eminent career including stints as the president of Ecuador’s central bank and economist at the International Monetary Fund, has seen the approach to macroeconomics and development gyrate from an emphasis on demand to one on supply and back to demand again. In the process, each generation of economists has built on its predecessor and rebelled against it. But ultimately the progress of ideas has been dialectical, with a return to the starting point, enriched with greater sophistication and understanding.

De la Torre’s journey, as he described it Sept. 12 in the IDB’s Annual Development Lecture, began when he was a master’s and doctoral student at the University of Notre Dame in the 1980s and the ideas of German economist Rüdiger “Rudi” Dornbusch on “open economy macroeconomics” were in vogue. These ideas emphasized the importance of demand in an open economy in which a nation traded in goods and assets with the rest of the world. Aggregate domestic demand; i.e., investment and consumption, were what mattered most. It provided the guidepost as economists wrestled with questions about inflation, exchange rates, and the tensions between trying to achieve full employment and a balance of payments that was sustainable. Supply, meanwhile, was very much in the background.

Then a revolution in economics occurred as the ideas of Robert Lucas, an American economist at the University of Chicago, came to the fore. These underscored long-term economic growth as the most important thing for a society. Macroeconomics turned into growth theory and the focus was on supply: i.e., the capacity of the economy to produce more and better goods and services over time. Suddenly macroeconomists were interested in productivity, its inputs and how the production process works. These included considerations like innovation, institutions, human capital, and the way to make the production most efficient through effective resource allocation. Moreover, macro models explicitly rested on “micro-foundations,” which eased the way for deep micro-level studies into entrepreneurship and the way firms made decisions as crucial components of growth.

The turn of the wheel seems to have come, especially in Latin America and the Caribbean, partly as a result of the commodity boom of the 2000s. With prices for the exports of the region’s minerals, oil and farm products soaring, the region became richer. Tens of millions of millions of people were lifted out of poverty and living standards rose for millions more. With that massive stimulation of demand, economists once again began to focus on demand-side considerations, examining not only the links between demand and exchange rates, inflation, and fiscal spending, but also between demand and longer-term growth. Moreover, as discussed in the IDB’s landmark study Saving for Development: How Latin America and the Caribbean Can Save More and Better, they began to look at the problem of savings, which as the flip side of consumption, is a demand-side issue. Why was the region, for all its added wealth, not saving enough? What did this mean for investment over the long term? And how did it affect the possibilities for long-term economic stability and growth, especially if the region was going to have to continue attracting investment from abroad rather than generating it from within? This did not mean that supply-side issues had disappeared. Far from it. Rather, demand, and especially the importance of saving, had become important components; the wheel had come full circle; and a new fusion of demand and supply analysis had become crucial in thinking about not just macro fluctuations but also growth and development.