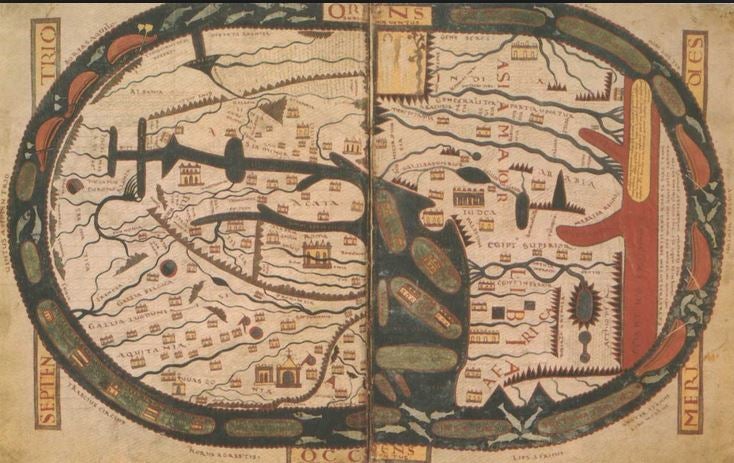 Many countries have substantial diasporas, but not many are proud of it. After all, people tend not to leave a country when it is doing well, so the diaspora is often a reminder of a country’s darker moments.
El Salvador, Nicaragua, and Cuba, to cite three examples, had more than 10% of their native population living abroad in 2010. And this figure does not take into account their descendants. The bulk of this migration happened at a time of civil war or revolution. In other places, massive outmigration occurred in the context of political change, as in Europe when communism collapsed.

The relationship between diasporas and their homelands often encompasses a broad palette of sentiments, including distrust, resentment, envy, and enmity. Colloquially, people describe a bout of emigration as a period in which a country “lost” a certain proportion of its population.
But people who leave a country have not disappeared. They are alive and socially active. As a result, they may become an invaluable asset not only to their country of destination but also, and importantly, to their country of origin.

One important connection is remittances, which add up to some $500 billion a year worldwide. The largest recipients are India, Mexico, and the Philippines. For countries such as Armenia, El Salvador, Haiti, Honduras, Jamaica, Kyrgyzstan, Lesotho, Moldova, Nepal, and Tajikistan, expatriates remit the equivalent of more than one-sixth of national income – an amount that often exceeds exports. And this money can do a lot of good, as the World Bank’s Dilip Ratha has highlighted.

But a diaspora’s potential economic importance goes well beyond remittances. As the late historian Philip Curtin documented, from the beginning of urban life, millennia ago, trade typically involved networks of co-ethnic merchants living among aliens. Greeks, Phoenicians, trans-Saharan traders, the Hanseatic League, Jews, Armenians, overseas Chinese, and the Dutch and British East India Companies organized much of world trade through such networks. Although these alien traders were sometimes politically powerful in the host countries, they were often weak and faced discrimination.

The economist Avner Greif argues that these co-ethnic networks’ durability and resilience throughout history reflects their ability to enforce contracts at long distances when the existing institutional framework could not do so reliably. They could establish trust between exporters and importers because they could punish opportunistic behaviors. For a tight-knit community, reputational costs and other forms of social punishment transcend geography: not paying for goods might mean not being able to marry your children well.

Legal institutions have since evolved to facilitate impersonal trade. Exporters and importers no longer need to know one another, because they can write a contract that a court will enforce.
And yet the impact of co-ethnic networks may well be as important as ever. As Hillel Rapoport of the Paris School of Economics and his co-authors have shown, controlling for other determinants of trade, countries trade more with, and invest more in, the diasporas’ home countries. In recent work with Dany Bahar, Rapoport has also shown that countries become good at making the products that their migrants’ home countries are good at making.

I interpret these results as the consequence of tacit knowledge or knowhow. To do things, you need to know how, and this knowhow is mostly unconscious. After all, most of us know how to ride a bicycle, but we are not really aware of what our brain does to achieve that feat, or how it develops that ability through practice.

This knowhow moves geographically in the brains of those who possess it and is transferred to others at work. That is why ethnic cuisines diffuse through diasporas, not cookbooks. And it may be why economies with more diverse sets of migrants perform better. Also, return migration is often an important source of new skills for a country. In ongoing work, Ljubica Nedelkoska of Harvard’s Center for International Development has found that the wages of Albanians who never left tend to increase when migrants return home.

Evidence of the importance of diasporas is everywhere, if you care to look. Franschhoek (French corner in Afrikaans) is a beautiful valley near Cape Town settled by Huguenots in the late seventeenth century. That is why, to this day, wines are made there.
Likewise, Joinville is a southern Brazilian city settled in the late nineteenth century by relatively uneducated Germans. Because of the cultural links they and their descendants have maintained with the mother country for more than 120 years, the city excels at advanced manufacturing of products that had not been invented when the migrants came. Morocco is full of French-language call centers that get their contracts through a cousin in Paris.

East Asian industrialization exploited the links created by the network of overseas Chinese. India’s high-tech industries were to a large extent created by returning migrants and are deeply connected to the diaspora. Israel is an entire country created by its diaspora, and its thriving high-tech sector, too, has benefited from sustained ties. By contrast, many Latin American countries have substantial diasporas abroad, but few equivalent success stories.

A country’s diaspora, and the diasporas it hosts, can be a huge asset for its development. Diasporas are not gusanos or worms, as Fidel Castro refers to Cubans abroad. They are a channel through which not only money, but also much tacit knowledge, can flow, and they are a potential source of opportunities for trade, investment, innovation, and professional networks.

But a diaspora can work its economic magic only if the host country tolerates it and the home country appreciates it. Governments should have a diaspora strategy that builds on natural feelings of identity and affection to cultivate this social network as a powerful source of economic progress.