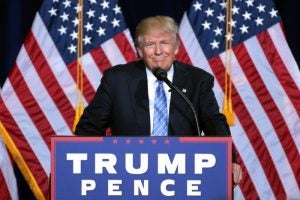 Latin America, like the rest of the world, cautiously awaits the beginning of Donald Trump’s presidency in the United States. There is great anticipation to see if the president elect fulfills his campaign promises—many of them already played down—and how his government’s policies affect the region. In an interview with the Spanish daily El País, the IDB’s chief economist, José Juan Ruiz, analyzed possible scenarios for the region, particularly Mexico, including potential opportunities.

With still little information about steps that Trump might take when he assumes power in January, caution is key. “For now, the only certainty is that we’ve entered a world of greater uncertainty,” Ruiz emphasized. The most important thing is that that uncertainty vanishes as quickly as possible because it has a cost: it paralyzes investment decisions.

Trump, a businessman without political experience, won the election with slogans promoting change and rejecting the Washington establishment. His promises to deport millions of undocumented immigrants and erect barriers to foreign trade have generated concern in Latin America.

The country most affected by that uncertainty has been Mexico, whose future commercial relationship with the United States has been thrown into doubt. Trump has threatened to abandon NAFTA—the free trade agreement between the United States, Mexico and Canada— and impose tariffs on Mexican products. That could have a significant impact on the Mexican economy, given that the United States is by far the most important destination for Mexican exports (81.1% in 2015). Fears for the future have impacted the exchange rate of the Mexican peso, which fell to historic lows after the victory of the Republican Party candidate.

With regard to the uncertainty around NAFTA, the IDB’s chief economist maintained that if changes are made they could serve as an opportunity to modernize the accord. A renegotiation could lead to the adaptation of a treaty that is more than 25 years old and was conceived for a world in which trade between both countries was much smaller and the two economies much less integrated than today. In those transactions, a country exported a good and imported another. “Today, by contrast, trade is intra-industrial: Mexico and the United States import parts; they constantly import pieces of the same product,” Ruiz emphasized. For that reason, he added, a regulation or a legal framework that provides security in the context of this new economic situation and takes into account the changes in the integration of the three economies could mark an important shift, and not necessarily a negative one.

A renegotiation that sought to reintroduce tariffs or quantitative restrictions on trade, by contrast, would be very different. “It’s very difficult to imagine what effects that would have on Mexico and on U.S. companies working in Mexico or in Canada, because that very simple world in which one produced and sold to the other has disappeared,” said Ruiz. In terms of goods, Mexico is the United States’ third largest commercial partner.

The depreciation of the Mexican peso could offer opportunities for Mexico if it is accompanied by an expectation that inflation remains the same; if it permits greater growth in the commercial sector; if the country can diversify and be more export competitive, and if it manages to recover internal market share, Ruiz pointed out. “That is good growth, good cholesterol.” He also emphasized that a more depreciated currency would increase the purchasing power of the remittances that Mexicans send from abroad, an important source of income for the country.

If the world became less tolerant of free trade, the processes of regional integration that have stagnated for so long in Latin America could become an alternative option, the IDB’s chief economist said. For example, Mexico and Brazil—whose combined GDP represents around 75% of the entire region’s GDP—could become more integrated. “Today, these economies are very isolated from each other, with very little integration between them, and competition in many sectors. Thus, they could collaborate in a much more intense way with gains in productivity and well-being for both.”

Ruiz highlighted the institutional mechanisms that would structure any attempt at change. “The international architecture—in which the U.S. is a key player—the agreements, laws and rules would continue to exist. It would take a long time to reestablish the legal framework that protects the interests of companies and people,” he said. Each day, three million people and 70,000 trucks cross the border between Mexico and the United States. “Nobody can stop that,” Ruiz pointed out regarding the trade integration between both countries.

Despite the uncertain global outlook, the good news is that the situation for Latin America is more solid than in the past. “Nobody today is thinking that either Mexico or the other great economies of Latin America will go through what they went through in the 80s,” emphasized Ruiz. There are two reasons for this greater stability. On one hand, the authorities have a greater capacity to respond to a shock with institutions that have been strengthened since the return to democracy. Moreover, citizens are more pragmatic: when they don’t see results, they change governments. “They are not going to allow an external shock to derail the dreams of progress of 540 million people,” concluded the IDB’s chief economist.