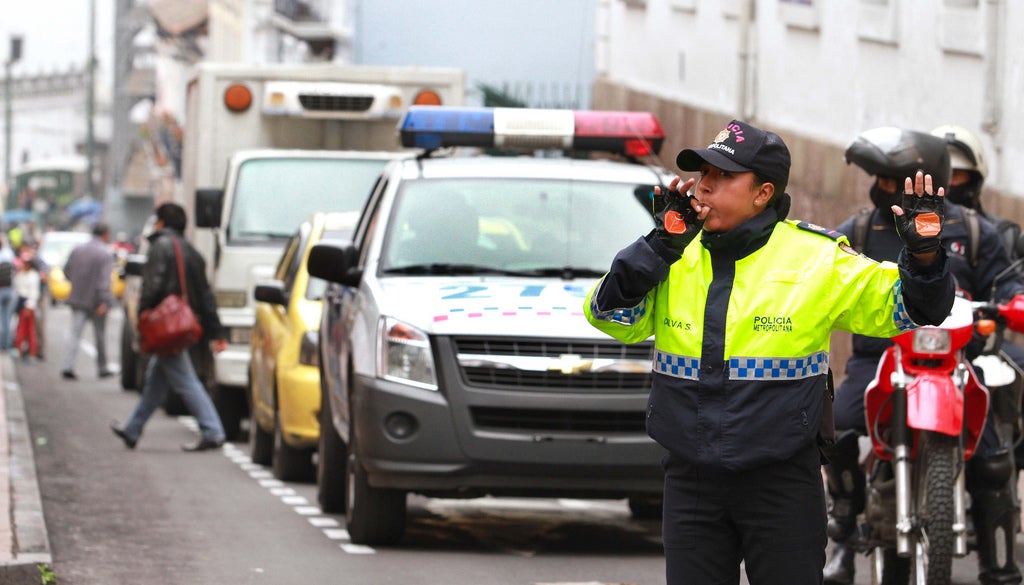 Crime represents a major concern for Latin Americans. Increasingly, so does pollution. It is unusual, though, to consider relationships and tradeoffs between them.

Yet these are precisely the issues explored by Visiting Scholar Paul Carrillo and his George Washington University colleagues Arun Malik and Andrea López in a recent study for the IDB. The authors took as their case study Quito’s driving restriction program Pico y Placa, freely translated into English as “rush hour and license plate.” Like similar programs in cities around the world, on alternate weekdays Pico y Placa restricts access to a center city area to autos with even or odd final digits on their license plates.

Unlike many such programs, though, Pico y Placa has proven effective, as carbon monoxide levels fell by 10% during the May 2010-May 2012 period considered. This outcome was apparently the result of vigorous enforcement by local and national police at 11 fixed checkpoints at the boundaries of the restricted area and 15 random locations inside the restricted area, with a steep fine and one-day vehicle impoundment for a first offense. Even if some violations went unreported due to bribery, Pico y Placa largely achieved its objectives.

But this success came at a surprisingly high price. Within the restricted area, reported property crime increased by an estimated 5% to 10%, only during the restricted hours: working days peak travel hours of 7-9:30 a.m. and 4-7:30 p.m. No increases were found during non-restricted hours. That overall increase encompassed an even more troubling pattern: during those hours property crime near the boundary of the restricted area—i.e., in places near the boundary but far from the 11 checkpoints—increased by an estimated 60%.

Why, then, did cleaning up the air lead to an increase in crime? The authors found no obvious change in the use of public transportation, which would have provided an especially target-rich environment for pickpockets and purse-snatchers. Dr. Carrillo and his colleagues did, however, find “displacement.” In other words, there are only so many police officers to go around. Officers assigned to checking license plates and impounding approximately 200 cars every weekday are not available for other police functions such as patrolling streets and monitoring suspicious activity. If criminals know where police are present, they can infer where police are likely to be absent and act accordingly.

The lessons of this experience were not lost on Quito. Since the period under consideration the city has created a separate unit to enforce driving restrictions in the urban core, freeing up police for their traditional tasks. If other cities can find ways to enforce driving restrictions effectively without diverting limited police personnel, they may likewise move toward minimizing potential tradeoffs between controlling pollution and controlling crime.