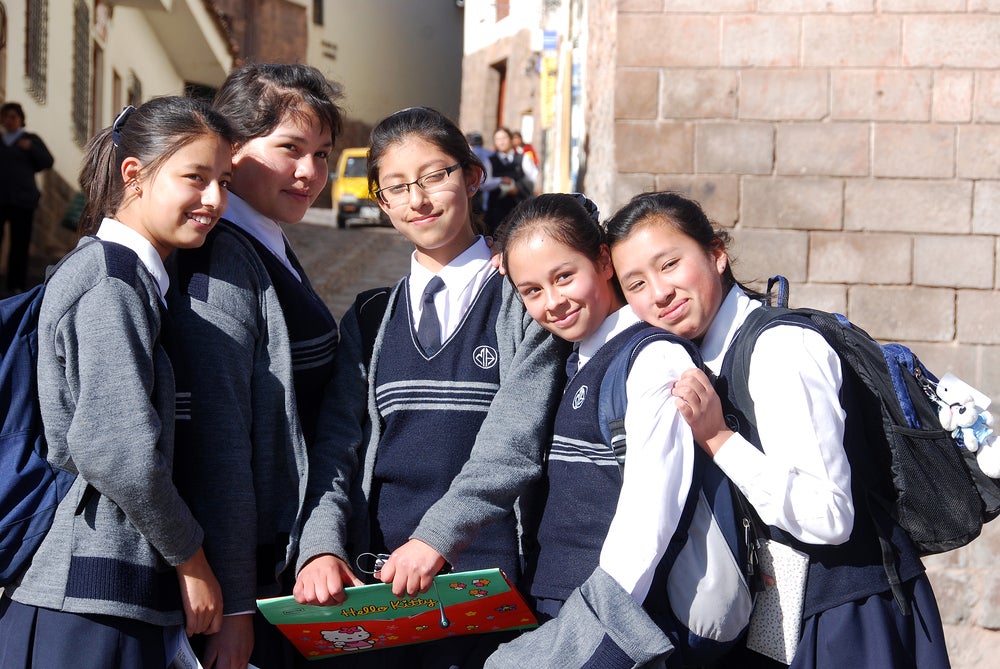 The results of the triennial Program for International Student Assessment (PISA) exam tend to land in Latin America and the Caribbean like a shower of icy water. The 2015 exam was no different. For all the progress the region has made in education, for all the increases in investment and near universal enrollment at the primary school level, the region sat in the bottom half of 72 countries in the test of 15 year olds in reading, mathematics and science. Moreover, it lagged 2.5 years behind the OECD average.

Still, there were reasons for optimism, and nowhere more than in Peru. The country entered the ranks of the world’s six fastest improving nations since 2012 and became the region’s leader in score improvement since the exams began in 2000. To top it off, experts believe these gains reflect vastly improved socio-economic conditions and a more ambitious approach to education at both the family and governmental levels.

IDB research has long shown that socioeconomic conditions can have a significant effect on cognitive development. More economically comfortable parents are in a better position to provide a safe environment, with better health and nutrition, more stimulating talk and appropriate toys in a child’s earliest years. As children age, wealthier more educated parents can better help with homework, after-school activities, and guidance towards a career.

Peru’s large socioeconomic gains over the last 30 years suggest such factors may be at work. Youngsters who took the PISA in 2001, the first year for Peru, were born in 1986. That was a time of terrorism. Hyperinflation and poverty rates over 50% followed over the next few years. Those who took the exam in 2015 grew up in a nation enjoying peace, one of Latin America’s fastest growing economies, and steadily declining poverty rates that sunk by 2014 to less than a quarter of the population. Improving adult literacy rates (15 years of age or older), which climbed from 82% in 1981 to 94% in 2015, may also play a role. Surveys consistently suggest that Peruvian parents put a high value on educating their children, a product perhaps of being better educated themselves.

Reforms in educational policy have been substantial. In 2007 and 2012, Peru passed two major education laws, which together required teachers to get university or institute training in pedagogy, established testing for teachers, and based salary increases on the results. That, improved teacher training programs and the merit-based appointment of school principals over the last five years under former President Ollanta Humala, have boosted the teaching profession, just as class sizes are getting smaller. Indeed, between 2005 and 2015, the student-teacher ratio in primary schools decreased from 22:1 to 15:1, with somewhat smaller, but important declines at the secondary level.

Not all decisions have been on target. In 2008 in a rush of enthusiasm over computer learning and the Internet, Peru distributed 900,000 computers to primary schools under the One-Laptop-Per-Child program. The assumption was that this would improve reading and math skills and result in improved enrollment and reduced repetition and dropout rates. The program did improve computer skills. But, according to an IDB study, it fell short on the other fronts, a product in part of failing to conduct randomized-controlled studies on the efficacy of the plan before it was launched.

More recent policy adjustments, however, seem to get it right. Increases in education spending, for example, have boosted education investment from 2.8% of GDP in 2011 to 3.9%, and permitted the government to spend $1 billion annually over the last three years rehabilitating crumbling schools as well as providing the necessary teacher training and salary raises.

None of these improvements, of course, is a panacea. Peru still languishes near the bottom of the rankings in the most recent PISA exams, ahead in the region of only the Dominican Republic in reading and science, and of Brazil and the Dominican Republic in mathematics. Investment in education as a percent of GDP, despite increases, remains low, especially compared to countries like Chile and Costa Rica. And the education sector struggles to attract the nation’s most talented graduates, with salaries that trail far behind those in other professions, like engineering, law, and medicine.

Huge inequities in education, meanwhile, reflect inequalities in the rest of society. According to a presentation by Santiago Cueto, a principal investigator at the Group of Analysis for Development (GRADE) in Lima, for example, enrollment in secondary school climbed from around 56% in 1997 to around 79% in 2013. But it lagged considerably behind for some groups, with an approximately 11 percentage point difference between indigenous and Spanish speakers, and a 15 percentage point difference between rural and urban inhabitants. And that is not to mention the generally inferior quality of teachers and schools in remote areas of the Andes and the Amazon, which hobble children with handicaps likely to persist throughout life.

Still, in a region struggling to achieve the educational standards of the OECD and harness learning as a more powerful engine of growth, Peru’s achievements demonstrate the importance of prioritizing education. The country may still need 21 years at its current rate of improvement to reach the average of the OECD on the PISA exam. But at least it is moving in the right direction.

Ways to improve education in the region will be covered in our upcoming flagship report “Learning Better: Public Policy for Skills Development” to be published by the IDB in mid-2017.