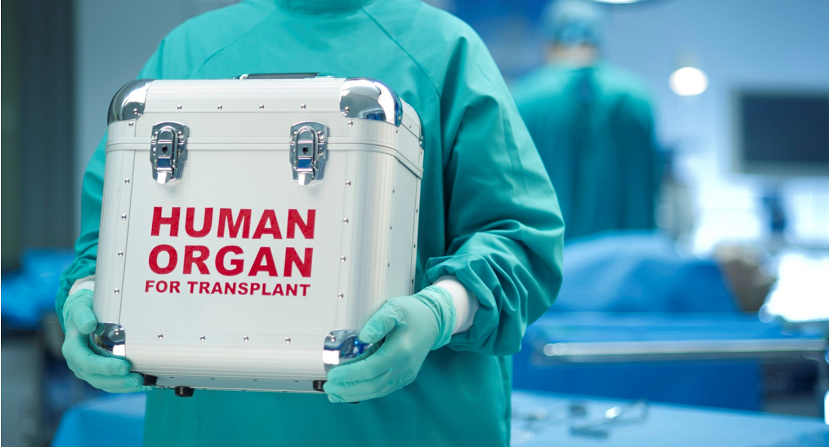 Promotional prices can be irresistible sometimes. Who hasn’t signed up for a magazine subscription or a cable TV provider tempted by the low initial rates, and then continued paying the full price after the promotional period was over simply because canceling the subscription required taking the time to make a phone call or fill out a form.

Those marketing techniques so common in the private sector appeal to the power of defaults, a behavioral notion being used as a policy tool in the public sector. Setting the right defaults can help people make better decisions, including donating organs to save lives, an area in which Latin America has much to improve.

France has just taken a step in that direction. This month, it changed its legislation on organ donation to join the list of countries with a “presumed consent” law. Also known as an “opt-out” system, it means that when people die it is assumed that they want to donate their organs, unless they have previously stated otherwise. Thus, organ donation becomes the default. However, families always have the final say, considering the emotional and psychological factors at play for relatives who have just lost a loved one.

Many countries have adopted this kind of policy in an attempt to increase the rates of organ donation given the considerable shortage of donors in the face of rising demand for transplants around the world. Organ shortages can lead to organ trafficking, a problem in some parts of Latin America, and other legal and ethical abuses.

Presumed consent laws represent one of the approaches to increase organ donation. The traditional default alternative is an “opt-in” system, in which people have to register their intention to donate their organs. Recent evidence provides reasons to support opt-out policies. A study of opt-in and opt-out organ donation systems in 48 countries found that those with an opt-out policy had a higher number of overall kidney and liver transplants. Another study also found a positive impact of presumed consent policies on organ donation rates.

Why can making organ donation the default help increase rates? Wouldn’t those who don’t want to donate their organs take the time to opt-out of the system just as, in an opt-in system, those who want to donate their organs make sure they register to donate? The explanation lies in the power of defaults, one of the behavioral biases tapped by behavioral economics to improve public policies.

As happens with cable TV subscriptions, people tend to stick with the default option even when it’s not the best for them. And sometimes they simply feel more comfortable when they don’t have to choose. Perceptions and public attitudes are also at play: when it comes to public policies, people often follow others, especially when they don’t have a strong opinion about the issue.

Opt-out organ donation policies are widespread in Europe, including countries such as Austria, Belgium, and Norway. Spain boasts the highest rates in the world, with 36 donors per million (2014), using an opt-out system combined with an emphasis on coordination, and information campaigns, a key element of any public health policy and particularly important in this case to overcome the myths about organ donation. The United Kingdom, as well as the United States, use opt-in systems.

In Latin America, organ donation is still low, despite the fact that the region was an early adopter of transplants. The first kidney transplant in the region took place in Argentina in 1957. In terms of legislation, the first country to pass a transplant law was Brazil in 1963 and the last one was Nicaragua in 2013.

Influenced by the Spanish model, the Punta Cana Group was created in 2001 to boost organ donation in Latin America. Several countries have passed legislation to adopt an opt-out system, such as Colombia (2016), Chile (2013), Uruguay (2013), Venezuela (2012), and Argentina (2006). However, despite significant progress in the number of transplants made in nations such as Uruguay, Argentina, Brazil, and Cuba, other countries such as Guatemala, Venezuela, and Peru, have low levels.

Beyond organ donation, setting the right defaults can nudge people to make better decisions and improve their well-being by, for example, increasing their savings or making larger contributions to their pension accounts. Some of the behavioral biases and default mechanisms associated with savings were explored in the latest IDB flagship publication DIA, Saving for Development: How Latin America and the Caribbean Can Save More and Better, as well as in related blog posts about financial education and how to save more.

Defaults can also help governments collect more taxes. In Australia, the government sends a pre-filled tax return form to each taxpayer, based on the information the authorities have on their income. This default tax return saves taxpayers who accept it the cost of hiring an accountant or the time of doing it themselves. It comes with pros and cons for the tax authority: some people pay more in taxes than they should but other people who have more income to declare than what’s included in the pre-filled form have no incentive to disclose it in full.

In organ donation, adopting opt-out policies can use the power of defaults to save lives. Together with other factors that have an influence on organ transplants, such as infrastructure and public spending on health, presumed consent laws can help close the gap between demand and supply of organs for transplants and thus also reduce the scope of organ trafficking.