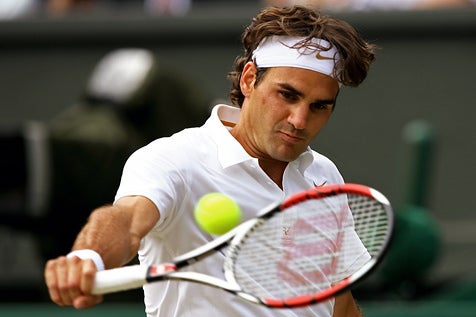 Until last week, 20-somethings in professional tennis might have been forgiven for passing Roger Federer off as a wounded warrior, fading at 35 into legend without so much as a single grand slam title in five years. But Federer’s historic three-hour-and-37 minute triumph over Rafael Nadal in the final of the Australian Open Jan. 29—along with the victory of another 35-year-old great, Serena Williams, — provided yet another example that older people, especially when well-trained, can adjust to changing conditions, learn new tricks, and continue to perform at stunningly high levels.

As in sports, so with labor-related skills. A traditional view held that after a certain age, the connections between nerve cells in the brain became essentially frozen and that we lost brain cells as we aged. Our brains became less plastic, and our capacity for learning diminished. But over just the last decade, that view has been radically altered. We now know that the brain continues to produce new neurons throughout life and that its structure, though less plastic than in the very young, changes when acquiring new aptitudes. London taxi drivers travelling thousands of different streets, have a larger hippocampus, a part of the brain related to spatial memory, than bus drivers that follow the same routes. People learning a new language increase the size of the left back part of the brain related to language. Investing in early education, when the brain is most plastic, may bring the highest returns to society. But human beings learn throughout life, and people even past middle age can benefit from training programs that increase their chances of employment and earning higher wages.

Firms have long intuitively understood that. They know that lifetime training is essential to help employees adapt to the corporate culture and acquire new techniques that make their operations successful. Yet, there are far too few programs that help people with low levels of skills access the job market, especially in Latin America and the Caribbean, and far too little evidence as to what kinds of programs actually work. There simply hasn’t been enough testing on pilot programs. That can change. We need programs that teach general skills: reading, math, science and languages, as well as so-called softer skills, like discipline, organization, and the ability to take orders and interact with clients. We need initiatives that teach sector specific skills, like computer programming, building maintenance, or cooking. And we need the government and the private sector to collaborate in putting those things into motion.

Still, evidence suggests that the labor market will continue to provide the greatest rewards to people who acquire new skills on the job, especially to those who are already highly educated. What is not clear is whether this is because highly-educated people end up in jobs with more and better training, or because highly-educated people, the intellectual equivalents of lesser Federers and Williamses, are better at learning. But people who arrive to the labor market with a significant set of skills will benefit the most from training, and the gap between them and the less-educated is hard to close.

For people that lie somewhere in the middle, new opportunities are arising. A recent article in The New York Times describes how firms like John Deere, the US-based heavy machinery company, are working with community colleges to train students as technicians through a mixture of coursework and apprenticeships. The German firm Siemens similarly mixes on-the-job training with a couple years of advanced education in mechatronics, a field that blends information technology, electronic, and mechanical engineering.

The trick is getting people early onto a path where they can learn effectively and develop their potential. Governments in Latin America and the Caribbean have made huge efforts to increase access to primary and secondary education. But they’ve been less effective in improving quality and are lagging behind in programs that allow workers to access better jobs.

This is unfortunate. The countries that are most successful are those that help their citizens acquire a strong command of essential aptitudes at an early age, enter the job market with a high-degree of skill, and continue learning throughout their lifetimes. For the future tennis great, the worker facing greater automation and the entrepreneur seeking to remain competitive amidst globalization, the formula is in essence the same. It just takes vision and will to make it happen.

Government programs that improve lifetime learning and other related issues will be covered in our upcoming flagship report “Learning Better: Public Policy for Skills Development” to be published by the IDB in mid-2017.