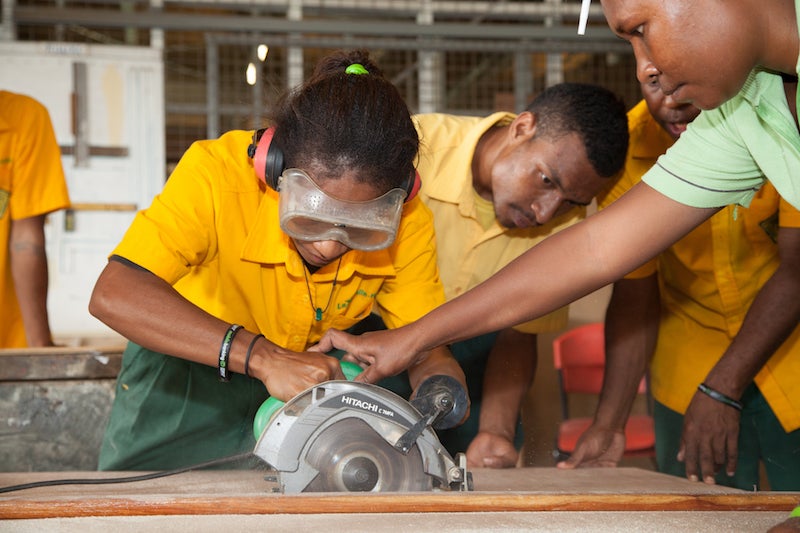 Most young people entering the job market this year in Latin America and the Caribbean face a hard road ahead. If they get a job at all, they will not get work in what is known as the formal sector, consisting of established firms that abide by labor laws and provide benefits. Instead, they will most likely enter the informal economy, either working for themselves or for very small companies. That means they probably won’t have worker protections. They will have less job stability. And they will have limited opportunities over the course of their careers to accumulate skills and see their earnings steadily rise.

This is wholly unsatisfying for individuals who want to realize themselves professionally, and for societies that want to increase their productivity and growth. But it is a situation that Latin America and the Caribbean has been stuck in for a long time. With so many youth seeking entry into the labor market with low skill levels and more than half the region’s labor force working in the informal economy, the region is failing to exploit its potential.

Governments must strive to formalize their economies. But as we make clear in our upcoming flagship report, Learning Better: Public Policy for Skills Development, they must also focus on developing skills from children’s first years at home through primary, secondary and tertiary education. Governments and the private sector may even do a lot to help to help youth and even older people who are struggling to catch up on the necessary intellectual and socioemotional skills acquire some of those abilities and transition to the formal economy.

In Europe, for example, countries like Germany, Austria and Switzerland have long employed a dual track system for 15- and 16-year-olds who have finished their years of required education but can’t or don’t want to go on to university. Co-financed by the governments and the private sector, these typically combine some training at a vocational high school with one-to-three-year apprenticeships, where youth may learn a trade, develop technological and other skills, and begin to earn a salary. Significantly, participants will also learn the crucial but often underappreciated socioemotional skills of leadership, problem solving and working in a team. As a result, they will usually get hired after the apprenticeships are over and be on their way to careers where they will continue to accumulate new expertise and see their earnings rise.

In Latin America and the Caribbean, unfortunately, such initiatives are woefully underdeveloped. Colombia, Chile and Mexico all have some kind of apprenticeship program; Brazil even has a law that requires firms to establish them. But apprenticeships in these countries usually lack one or more critical feature that makes them successful in Europe: a structured learning plan that defines exactly what competencies students will acquire; a certification system that will verify the acquisition of those competencies; and a contract that defines the apprentice’s rights and responsibilities. Therefore, they are usually less effective than they could be.

That is perhaps understandable. In the small- and medium-sized firms predominant in Latin America and the Caribbean, human resources departments may not exist. If they do, they may not have the resources to draw up learning plans and set aside time for employees to work as master trainers in an apprenticeship program. But that is where government support might help and firms benefit. The experience in Europe shows that a large percentage of firms recoup their investment after just six months, as apprentices become more and more productive, an indication that apprenticeships can both bring people into the labor market and contribute to the companies employing them.

To their credit, several Latin American and Caribbean nations have introduced programs that are shorter-term than apprenticeships and are geared for students who are less educated and skilled. These programs, often for students without even a high school degree, typically involve three to six months of training in technical and socioemotional skills with a brief internship, all supported by the government through wage subsidies and daily stipends. These initiatives may only have a modest effect in actually helping participants find work, and even then, usually only at entry level. But they are cheap, costing less than $800 per beneficiary. And critically, in evaluations of two such programs, Jóvenes en Acción (Youth in Action) in Colombia and Juventud y Empleo (Youth and Employment) in the Dominican Republic, kids that participate have better jobs 6-10 years after completing them than kids with similar skills levels who didn’t.

After age 27, less than 20% of men, and 10% of women in the region work in the formal sector. A high proportion remain outside formal employment for the rest of their lives. The ideal is to improve child rearing and education so that young people approach the labor market with greater skills and don’t face that situation. In the meantime, as our upcoming flagship report points out, governments and the private sector can still do a lot to help those who have fallen behind, young and not so young. Short-term programs, like those in Colombia and the Dominican Republic, and apprenticeships like those that exist in Europe, can help bridge the gap, steer people away from the informal sector, and set them up for more lucrative, satisfying and productive jobs.

Óscar A. Mitnik is Economics Principal Specialist at the Office of Strategic Planning and Development Effectiveness at the Interamerican Development Bank.