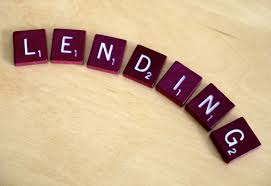 By Myriam Escobar and Andrew Powell

In July 2015, Multilateral Development Banks (MDBs), together with the International Monetary Fund (IMF) committed to extend more than $400 billion in financing to developing countries over the next three years for longer term development aims. They also agreed to work more closely with private and public sector partners to mobilize the resources required to achieve the United Nations Sustainable Development Goals (SDGs), including ending poverty and hunger. Moreover, at the November COP21 climate conference in Paris, MDBs signed a joint communiqué committing to increase financing to enhance countries’ efforts to mitigate and adapt to climate change. The funds will go towards the $100 billion per year to 2020 that developed countries pledged to the developing world to confront the challenges of global warming. MDBs also tend to be counter-cyclical lending more as borrowing country growth falters. Given the above commitments and the falling rates of economic growth across the developing world, the demand for MDB resources will likely be at record levels.

MDBs are being asked to do more and more, yet many are already financially constrained. Their financial model is to have capital paid in by member countries (and with further amounts “callable” in case of a financial problem) which MDB’s then leverage up by issuing bonds on international markets to raise the total financial resources to then be able to lend to developing countries. Raising capital through bond issuance is costly but as MDBs have very good credit ratings, several with the coveted top AAA grade, this cost is reduced. Table 1 gives current MDB ratings and other key financial information. Current capital levels are critical as unlike commercial banks that may be able to issue more equity if required, raising new capital for MDBs is a long and laborious process that involves lengthy negotiations with multiple governments (the shareholders), each with different objectives and specific political processes to obtain approvals.

Notes: Source: Perraudin, Powell and Yang (forthcoming). RAC is Risk Adjusted Capital Ratio and Adjusted RAC is that ratio adjusted for various adjustments applied to MDB’s and in particular “Single Name Concentration Risk” and “Preferred Creditor Status”. Data is taken from the 2015 S&P Ratings Direct reports, with the exception of CABEI (balance sheet figures are obtained from the 2013 CABEI report) and AfDB (for which the 2014 Report is used). Figures in columns 4, 5 and 7 are in millions of US dollars. The euro-dollar conversion rate used for EIB, EBRD and CEB data is the rate on 31 December 2014. For AfDB, we used the SDR-USD conversion rate of Dec. 30, 2013. EBRD shareholders include the EU and the EIB.

So how much MDBs can lend is determined by how much capital they have and how much they can leverage through bond issuance. But if they issue and lend too much, risks may be perceived to have grown, putting their high ratings in danger. But this also depends on how those risks are assessed. MDBs differ from commercial banks in two fundamental respects. First, they lend mostly to a limited number of sovereign borrowers, unlike a commercial bank that may have literally thousands of firms and families as clients. And second they are treated as a preferred lender, meaning that countries that suffer a crisis and are forced to default on private lenders tend to continue to service their MDB debts. The experience of the IDB with Argentina is a good case in point. Despite suffering its worst economic crisis on record in 2002 and the “Republic” defaulting on private claims, with a highly publicized “trial of the century” still continuing in the New York courts, Argentina has continued to service its outstanding loans from the IDB without interruption. Arguably it’s the notion that MDBs may continue to lend to countries, through the bad and not only the good times, that supports their preferred status.

In recent years rating agencies have been refining their processes for determining ratings. And as they were roundly criticized for missing key risks in the 2008 global financial crisis, no wonder they appear to have become more conservative. Each agency has its own processes and techniques which vary in terms of their degree of transparency and disclosure. Standard and Poor’s has been the most transparent in publishing a specific and mostly quantitative methodology for rating MDB’s – hence we quote S&P ratings in table 1. The overall approach is similar to how the agency rates commercial banks but with a set of adjustments.

The devil here is in the details. To cut a long story short, to ensure a particular rating, the additional capital that an MDB must hold due to what is called “single name concentration risk” (the fact that MDBs tend to lend to a few sovereigns and not thousands of firms) is relatively high and the amount that capital may be   reduced due to being a preferred lender is rather low. The last two columns of Table 1 illustrate the net effect of these together with other adjustments that S&P makes – see also Humphrey (2015). As can be seen from the table, this net adjustment can go either way but for some turns out to be a huge decrease in this critical capital ratio. In the case of the IDB, S&P Risk Adjusted Capital declines from an extremely high 31% to an adjusted level of 16%, it lowers the Asian Development Bank’s Risk Adjusted Capital from 29% to 17% and the African Development Bank ratio from 24% to 18%. Even so, these adjusted levels are very high especially when compared to commercial banks or the Basel II minimum recommended requirement (8%) plus some Basel III buffers. But these adjustments limit MDBs’ ability to lend more and so to fulfill their mandates, just when the world is calling for them to do more and when developing countries are facing a potentially serious downturn. In this first blog, we simply highlight the problem; in a subsequent one we will go into more detail regarding how these adjustments are calculated and whether they are robust. Watch this space!