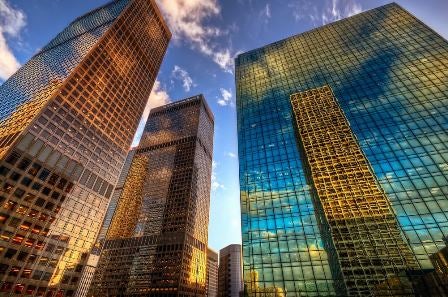 Banks in Latin America and the Caribbean have been through a lot.  At times they have been culprits and, through excessive risk-taking or fraud, provoked crises, while at other times they have been victims as fiscal profligacy and/or currency crises lead to financial disaster. In some cases, the interaction between macroeconomic policies and financial sector risks led to deep problems.

More recently bank regulation and supervision of their activities have improved. Indeed, better supervision and the culture of required pre-authorizations for almost any new activity limited financial innovation and helped protect the region from the excesses of Structured-Products, Special-Purpose-Vehicles and Over-the-Counter derivatives that obscured true balance sheets and their interconnections and arguably even led to the global financial crisis. Some may believe Latin America and the Caribbean was protected due to a lack of capital markets, but typically its banks create and innovate in capital markets, often as a means to “enhance” the use of their capital. The culture of supervision in the region successfully moderated such impulses ensuring banks by and large remained as they were intended; boring and focused on loans to their (real) clients.

Source: The Labyrinth: How can Latin America and the Caribbean Navigate the Global Economy  from IMF Financial Soundness Indicators.

Small wonder then, given the turbulent history, that banks in Latin America and the Caribbean (and/or their investors), simply love to have very high and stable capital ratios (Figure 1 plots capital ratios from 2006 to 2014).  And yet credit has changed dramatically during this period. In 2009, most economies in the region were in a significant recession, growth fell by 4.7% in Mexico and 3.1% in El Salvador and yet capital ratios simply sailed on through at roughly 15% in both cases.  And then in 2010-2013 credit boomed.  Indeed, credit to the non-financial private sector rose by 7% in Colombia and 16% in Brazil (percentage points of GDP) over these 4 years reaching 50% and 70% of GDP respectively. And yet once again capital ratios remained extremely stable.

How did banks do it?  Given high underlying volatility and the final result— stable capital ratios— it means that a lot was actually happening.  Figure 2 decomposes the changes in bank capital ratios.  A bar above the horizontal axis indicates something that led to an increase in the capital ratio while a bar below means something that made the ratio decline.  In general the positives and negatives cancelled out resulting in marked stability.

But for example, in most years both total assets and “risk” (measured as the ratio of risk weighted assets to total assets), grew so if nothing else had happened, the capital to risk-weighted assets ratio would have fallen significantly.  But something else did happen. Banks earned high profits and plowed a substantial part back into the business and in some cases they issued instruments that counted as capital in local or international markets; so nominal capital rose.

Source: The Labyrinth: How can Latin America and the Caribbean Navigate the Global Economy from IDB staff estimates, Bankscope following methodology of Cohen and Scatigna (2014). The figure shows a decomposition of changes in capital ratios (total regulatory capital to risk-weighted assets). Changes are normalized to percentage points of risk-weighted assets of each preceding year. The overall change is shown by the black diamonds. The figure is based on data for 64 large banks in Brazil, Chile, Colombia, Mexico and Peru. Bank-level changes are computed in constant local currency. Regional figures are then computed as weighted averages using assets in US dollars of each previous year as weight.

However, things turned in 2013.  Total assets continued to grow but only a tiny amount and “risk” actually fell. Banks plowed nothing back into the business and didn’t issue new capital; nominal bank capital did not budge.

What should we expect looking forward? Bank profits have fallen, non-performing loans are on the rise and issuance in international and domestic markets has declined. And banks appear wedded to those high and stable capital ratios. So, we may well start to see banks tightening loan conditions, assets falling, and risk declining further.

Is this a bad thing?  Not necessarily.  At the same time, economic growth has fallen back as will loan demand. Indeed one possibility is that these two effects will pretty much be a wash; in other words, there may be no “supply constraints” to lending and interest rates may not change – but with a lower stock of credit. On the other hand, banks may wish to reduce credit and/or risk more than firms and households and we will hear complaints that credit has become scarce. Now that credit markets have grown, this may even provoke more macro impacts limiting growth, when it is most needed.

But let’s step back for one minute because in fact this is a problem of success. Banks behave pro-cyclically as they are indeed trying to protect themselves from risk. Indeed, I would be worried if they were taking on more and more risk during these not so good times. Assuming we are suffering a “normal business cycle” (as for example global growth is low), and at some point the economy will rise again (as global recovery ensues), then banks are behaving just as they should.  Those high buffers are there in case things get worse and so we don’t suffer a banking crisis.  By the way, this logic makes me somewhat wary about Basel III’s “counter cyclical buffer” – and many academic papers.  Without a good model of bank behavior and why banks hold high and stable buffers above legal requirements, it’s hard to predict the impact of an explicit counter-cyclical capital regulation.

But going back to the current conundrum, it would not be surprising to hear soon statements such that “banks are refusing to lend” and maybe politicians will even be pressured into action. Such interventions, if they do occur, should be very carefully measured and calibrated. In short, they should not undermine good risk-control and jeopardize the achievements the region has made to ensure banks remain boring and do not threaten economic stability as they have in this region’s past and more recently in some advanced economies with disastrous consequences.

More: The Labyrinth: How can Latin America and the Caribbean Navigate the Global Economy