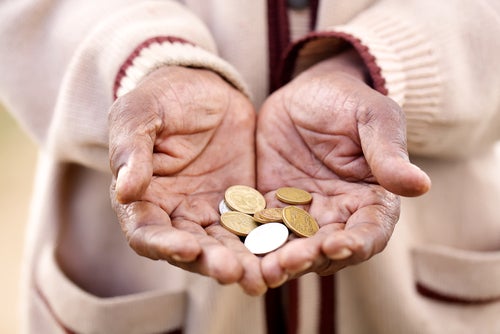 For two decades beginning in the 1990s, Latin American and Caribbean nations became embroiled in a debate over which type of pension system would best provide for retired seniors. Populations were expected to rapidly age. Budgets were tight, and private and national savings rates, low. A way had to be found to guarantee retirements while increasing savings and leaving room for other government expenditures.

Some thought that nations should stick with traditional pay-as-you-go systems in which retirements are paid for by the current contributions of the younger, working population. Others that they should move to individual account systems based on a person’s contribution plus a market return. The debate, positioning government run systems against market-dependent ones, was fierce and ideological. It also was woefully inadequate.

Crucially, it ignored the reality of the region’s labor markets, a point highlighted in the 2016 edition of the IDB’s flagship series, Development in the Americas, entitled Saving for Development: How Latin America and the Caribbean Can Save More and Better.

To start with, both systems suffered from a lack of inclusion. More than half of the labor force in the region is informally employed. As a result, they don’t contribute to pensions. Among the lowest three deciles of income distribution, that figure is as high as 90%-95%. The systems also are regressive. If a worker is unfortunate enough to have an unsteady work history, punctuated by periods of formal and informal employment (and at times unemployed), he will be denied a pension under most of the pay-as-you-go systems. There is a minimum number of years of contributions required, and in Colombia, to cite one example, a full 65% of contributors fail to fulfill it. These people not only end up without a pension; they do so, having subsidized more fortunate and well-to-do workers throughout their careers.

Systems based on individual accounts have not worked as expected. Numerous countries including Mexico, Peru, and Chile, have transitioned to them since the 1980s. But they are no better at dealing with the reality of large informal employment. These new systems were built on the same shaky foundations, and end up producing similar results: insufficient coverage and insufficient savings for retirement.

By the early 2000s, it was clear to many countries in the region that neither system was really working and that a vast number of people were arriving at old age in poverty. So another attempt was made to deal with the systems’ failures. This came in the form of government-funded pensions, which provided for many retirees in need, irrespective of previous payments. These pensions inappropriately labeled as noncontributory (because in the end somebody has to pay) have become endemic in the region.

Today around one-third of coverage in the region is “non-contributory,” and millions have been helped. But benefits, ranging from 5%-7% of income per capita in Colombia and Mexico to around 30% of income per capita in Brazil and Argentina, are low. The programs can be expensive, costing up to 1% of GDP. And they worsen the problem of fiscal spending, the move to individual accounts was expected to resolve. They may also discourage savings and transfers within the family. Why should anyone save for their retirement when they know the government will be there for them whether they save or not?

Latin America and the Caribbean is entering a period of dramatic demographic transition; by late in the century the region will have proportionally more elderly than Europe. Yet the region’s pension systems remain leagues distant from what is required to address the social and demographic challenges ahead. They don’t provide a wide enough safety net for the elderly. And they don’t allow governments to save enough to invest in health, education and infrastructure in ways that will increase productivity and reduce inequality. Fixing the pension systems will require far more than a tweak. It will require structural changes, beginning first with tackling the problem of labor informality and its disastrous consequences. After all, it doesn’t really matter how good the pension system looks on paper if the foundations on which it rests— the labor market— are not ready to support it.