One of the biggest problems faced by developing countries in handling the pandemic has been shortages of equipment and supplies for diagnostic testing of the population suspected of infection; for treating patients with the most severe infections; and for protecting healthcare workers. As the number of Covid-19 cases has increased, countries are demanding more medical equipment and supplies, which are also key to moving beyond confinement measures and reopening economies. But because Latin America and the Caribbean does not specialize in producing them, it is desperately trying to import supplies in greater amounts.

Under normal circumstances, this would not be a problem. But with the coronavirus, all the countries of the world are dealing with the pandemic at more or less the same time. The sudden increase in global demand for medical equipment and supplies has led to severe shortages in markets for these products. Further complicating things, several of the countries that produce them have restricted exports or implemented regulatory barriers that further limit the access of nonproducing countries to these critical supplies. 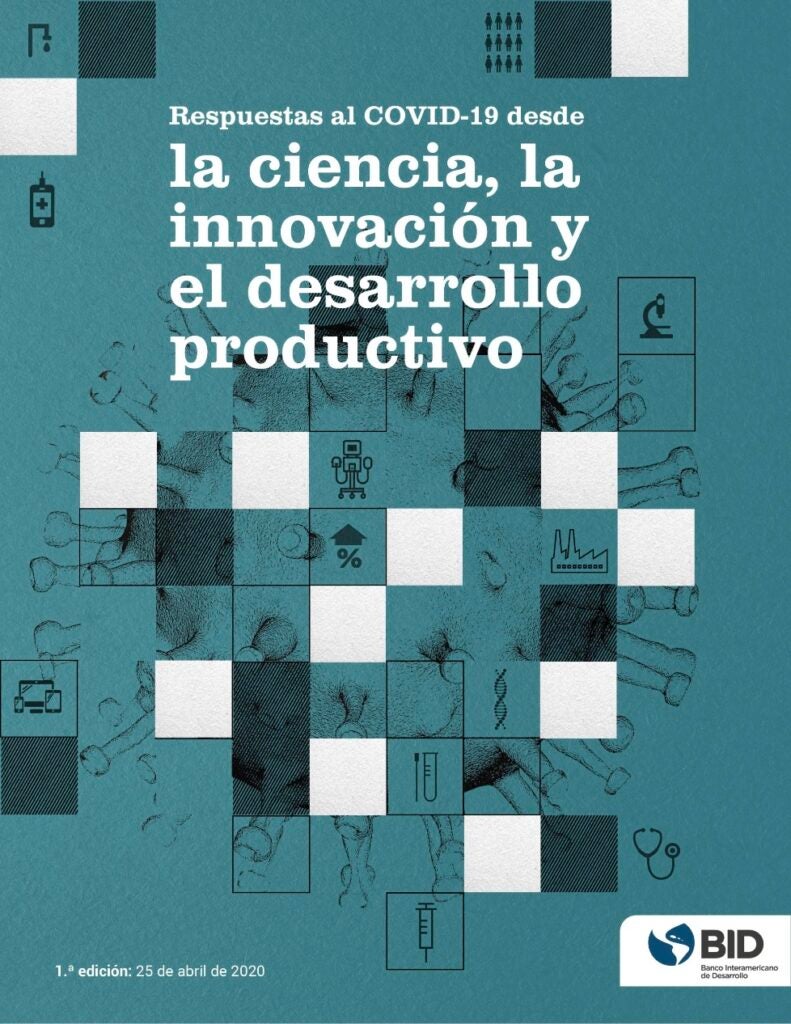 And this problem is not limited strictly to developing countries. Even countries like the United States are facing shortages in these products, everything from sophisticated equipment like mechanical ventilators, to inputs as simple as surgical masks and nasal swabs for collecting samples. But when competing for these scarce resources, developed countries have more firepower, which further limits developing countries’ access to these critical supplies. So what can be done?

If you can’t import them, make them!

Several countries in the region have responded to this problem by stimulating domestic production of this equipment and supplies. The IDB, together with IDB Lab—the IDB Group’s innovation laboratory—are actively participating in supporting countries in this effort, including with a publication offering public policy recommendations to foment innovation ecosystems to find solutions to the pandemic. The region has many success stories that can offer a way forward. One common element in the majority of these success stories is the capacity to coordinate different actors—both public and private—that until now have not always worked in close collaboration. On the public side, this involves officials and agencies focused on health as well as science, technology, and innovation. On the private side, it includes the startup community and the scientific community, which can produce prototypes and other solutions needed to fight the virus, as well as manufacturing companies that have the capacity to scale them up. The remainder of this post looks at a few successful initiatives.

A breather for Chile

Like almost everywhere around the world, in Chile, there was significant concern over the possibility of not having enough ventilators to handle the peak of the pandemic. In a context in which producer countries were limiting exports, a number of groups began working to develop ventilators domestically, using open-source designs (like MIT’s) or their own designs. But how could they make sure the ventilators would meet the requirements of their use rs, the community of intensive care physicians? How could users be ensured access to the different prototypes to choose the bes t solutions? How could production at sufficient scale in Chile be guaranteed? 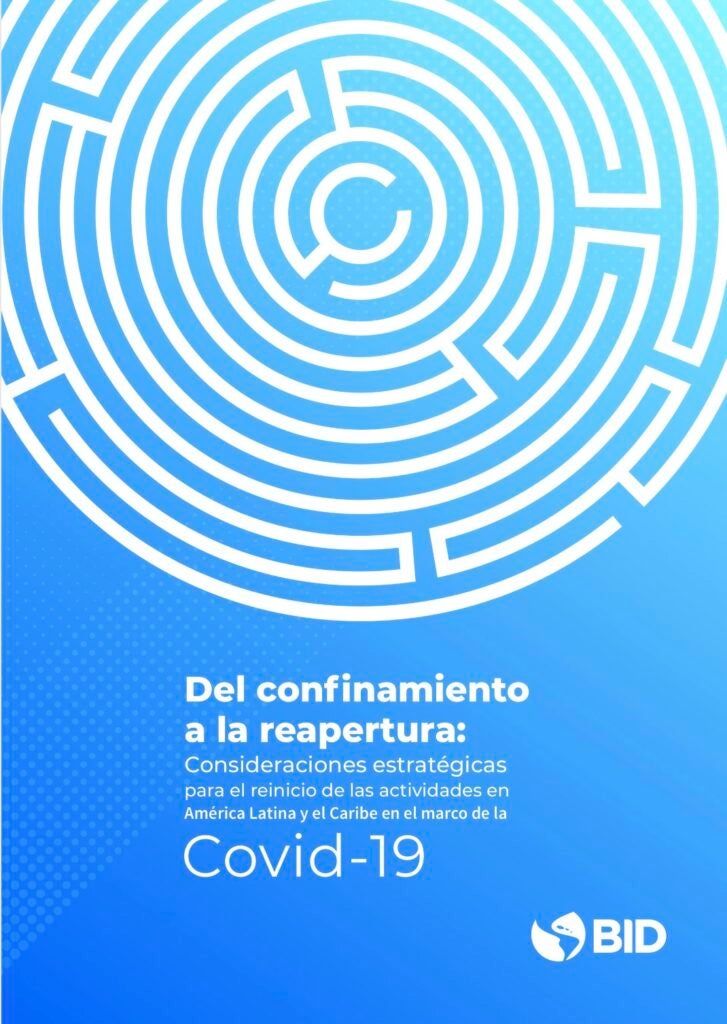 In this context, the IDB, along with the Ministry of Science and Technology and SOFOFA (Chile’s most important business association), teamed up with Social Lab, an institution that specialized in providing platforms for innovation competitions. Together, they issued a challenge: produce ventilators in Chile within a very short period of time. One week later, they had received 35 proposals, with varying degrees of development.

A group of evaluators/mentors was set up, including intensive care physicians, engineers with experience developing equipment, and manufacturing specialists. The idea was to evaluate the proposals based on three viability criteria: medical (do they meet the requirements of the intensive care physicians?); engineering (can they be produced with parts and pieces available in Chile?); and manufacturing viability (can industry scale up production economically by modifying production processes?). After a round of feedback to the project teams, in which the evaluators suggested needed adjustments, the proposals were ranked, also using a series of requirements issued by the Chilean Society of Intensive Medicine. Only three weeks after the call for proposals, the first five prototypes are already undergoing clinical trials. Both the Chilean Production Development Corporation (CORFO, which joined the effort) and SOFOFA have resources available to finance the scale-up of the ventilators that pass this stage.

Supplies and kits for diagnostic tests in Uruguay

Uruguay is another excellent example of coordination between the public sector, the private sector, and the scientific and medical community to produce solutions to the problems surrounding the management of the pandemic. Like many other countries in the region, Uruguay did not have a sufficient number of diagnostic tests. In response to difficulties importing them, on March 18, and with the support of the IDB, the National Research and Innovation Agency (ANII) issued a call for the in-country design and production of 10,000 Covid-19 PCR diagnostic kits, with a very ambitions timetable. A consortium was formed with the Universidad de la Republica (UDELAR), the Instituto Pasteur in Montevideo, and biotech company ATGen, and an agreement was signed with the Ministry of Public Health on March 27.

Using a laboratory method to detect Covid-19—also developed in Uruguay—a kit consists of a packet of ready-to-use reagents, along with a set of instructions. By standardizing the testing process, the use of kits makes it possible to expand the network of laboratories with the capacity to conduct the tests. On April 30, just one month after the signing of the agreement, the consortium participants delivered 10,000 kits to the Ministry of Health, making Uruguay a regional leader on per capita testing capacity. Focem—a Mercosur fund—has resources to fund the production of 50,000 more kits.

Of course, testing capacity does not depend solely on the availability of kits and PCR machines. For example, the swabbed samples must be transported in what is called a “viral transport medium,” a liquid that keeps the sample stable and ensures it arrives to the laboratory in good condition, such that the PCR machine is able to detect the virus if it is present. This viral transport medium was imported, and no longer available. In response to this problem, the UDELAR’s School of Chemistry developed a viral transport medium, which is now being manufactured by a Uruguayan biotechnology laboratory, Aravanlabs. Agreements are already in place to export it to Argentina, Brazil, and Chile. Uruguay is also moving forward on developing its own swabs, which right now are being produced on 3D printers, in consultation with the Uruguayan Society of Otorhinolaryngology. However, stakeholders there are exploring the possibility of producing them with injection molding, so as to enable mass production.

These are not isolated examples. There have been similar developments in Argentina, Brazil, Colombia, and other countries of the region. In all successful cases, coordination between the public sector and the private sector, and between the scientific community, the medical community, and entrepreneurs, as well as firms capable of scaling up the solutions, has been crucial. These cases also demonstrate the importance of investing in science, technology, and innovation when developing an entrepreneurial ecosystem, as well as the importance of proper productive development policies, in order to be able to respond quickly to problems in crisis situations like this one.