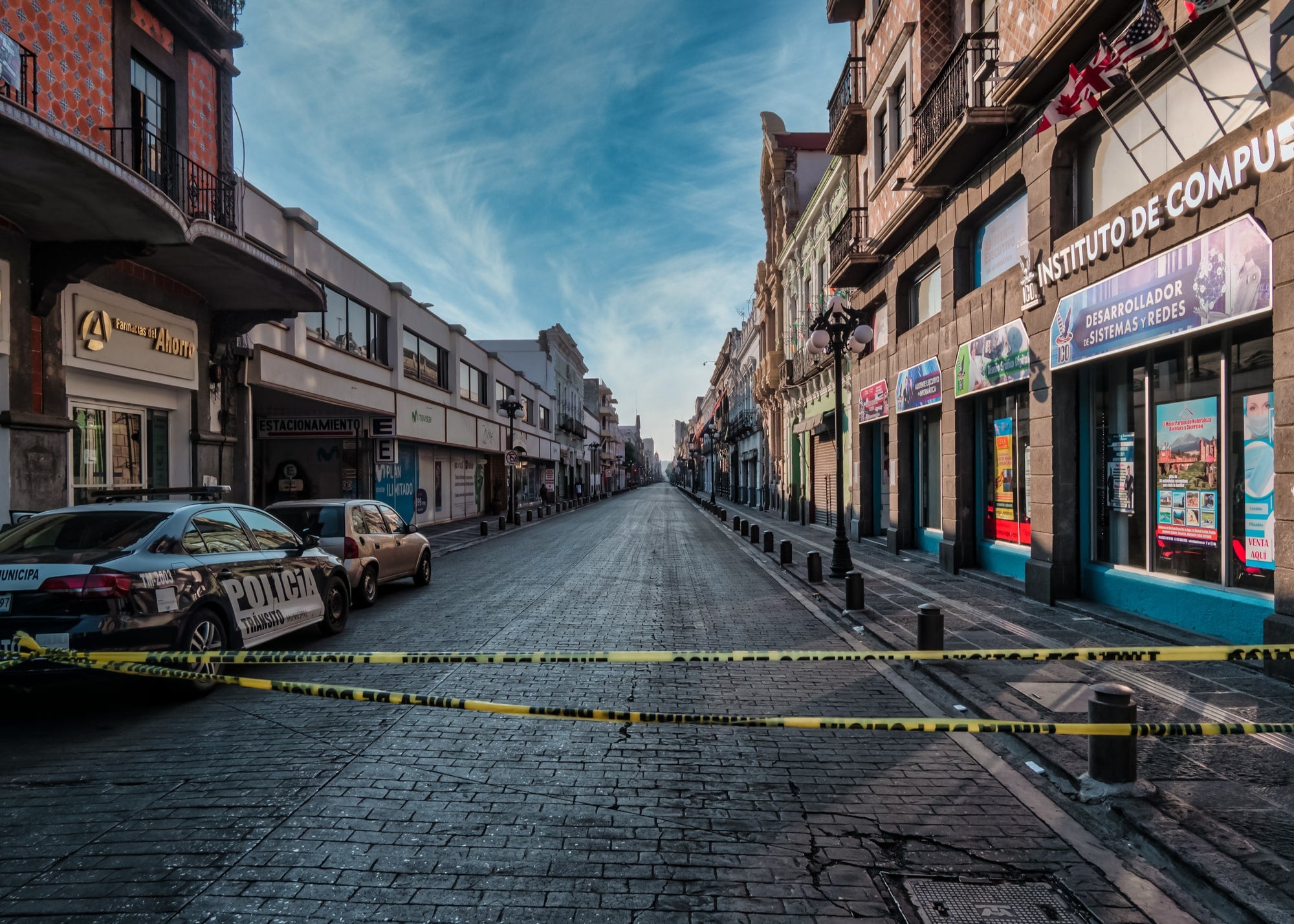 As Latin America registers more than 5.5 million infections and more than 220,000 deaths from Covid-19 in mid-August – currently highest among the regions of world – it becomes important to ask why lockdowns there haven’t been more effective. After all, mobility restrictions have exacted a heavy economic toll, hurting businesses, eliminating jobs, and aggravating poverty and inequality. The IMF estimates that GDP in the region will drop 9.4% by the end of 2020. On the bright side, two countries in the region – Paraguay and Uruguay – stand out in their response to the initial outbreak, having managed to keep total deaths to under 100 people each, while limiting the economic fallout.

Their experience points to what must be done on a policy basis to minimize the severe health and economic consequences of this dangerous pandemic. It demonstrates the key importance of timing the lockdowns well, shoring up the healthcare system, and communicating effectively with the public. These factors can make the difference between weathering the pandemic at minimal economic and social cost and suffering extensive losses that persist long after the pandemic is over.

A lockdown restricts citizen mobility and social gatherings. As the virus is transmitted person-to-person, this slows the spread of disease to a level consistent with available hospital capacity and a low number of deaths. Key to that goal is quickly bringing down the transmission rate, or the R-factor, namely the average number of people infected by one person with Covid-19. As long as the R-factor is kept below one, cases will be on a declining trajectory and the pandemic remain under relative control until a vaccine becomes available to stop it.

Lockdowns have proven effective in flattening the curve of infections. After Italy imposed a strict lockdown in early March, the number of cases reached its peak on March 26 and by late April, the R-factor had fallen to 0.8 with only about half as many new cases daily. In June the country was able to lift most of the quarantine measures and by August 5, the number of daily new cases had dropped to 384, about 7% of the peak number. Several other European countries with a high early incidence of Covid-19, including Spain, Germany and France, have also made real headway against the virus.

OECD countries have been able to bring the R-factor to below one on average 28 days after imposing lockdowns. By contrast, Latin America has had a much harder time reducing the R-factor and flattening the curve of infection. Chile, for example, took 90 days of lockdown to push its R-factor below one.

Why Lockdowns May Have Limited Success

Implementing a lockdown well is critical in reducing its cost, and several factors may prevent it. Some are particular to individual countries, but a few structural factors common to the region stand out. One is limited government capacity to enforce lockdowns, especially in more remote regions where law enforcement presence is weak. Combined with low trust in government and media, the result was that many citizens chose to ignore government mandates. In some situations, lack of compliance was driven by need. On average 38% of workers in Latin America are employed in the informal economy, many of them without access to health or unemployment insurance. Expecting people living hand-to-mouth to comply with lockdown restrictions is perhaps unrealistic. While government-funded relief helped alleviate this problem, it was probably insufficient. As a result, countries that began to impose lockdowns in mid-March managed to keep at most 70% of their populations at home, on average, with compliance falling over time and restrictions relaxed within two months.

Reliable communication between governments and citizens is critical in managing the pandemic. Some countries partnering with telecommunication companies offered free access to webpages with educational content about the coronavirus. However, broadband coverage remains low in the region. In a recent IDB-LAPOP survey conducted in seven capital cities, only 63% of people reported having an internet connection. By contrast, in the OECD countries almost 85% reported having access to the internet in 2016.

A decade of underinvestment in the health sector, following the commodities bust, has left most Latin American countries vulnerable to a health crisis of this magnitude. The health infrastructure is inadequate, and most countries are highly dependent on imports of medical supplies whose prices have soared. The average country has conducted only 29 tests per 1000 people, compared to 155 per 1000 in OECD countries.

Lockdowns in the region have saved lives, but they have also caused serious disruptions in the economy, government, and society. The young, while less susceptible to infection, have suffered too. They are losing months of learning, with potentially long-lasting effects on low-income, vulnerable students. Another economic cost of the lockdowns has been pandemic-related corruption. Recent research by Gallego, Prem and Vargas found that the relaxed procurement rules necessitated by the lockdowns led to an unjustified increase in spending by some local governments. These inefficiencies added to the overall economic cost of the pandemic.

Uruguay and Paraguay, however, have achieved a measure of success in containing the spread of the disease while keeping the economic cost down. To start with, both countries reacted swiftly to the outbreak, closing all borders and schools and banning mass gatherings. Both countries introduced mandatory quarantines for anyone entering the country. And both countries have low population density, with 17 and 20 people per square kilometer in Paraguay and Uruguay respectively, making contact tracing more feasible.

Uruguay, one of the few countries in the region with a universal health system, has special strengths, allowing medical attention as well as testing to be conducted in people’s homes. It also stands out as a place where people have greater trust in government than the average country in Latin America, according to a 2018 survey. Indeed, because of the ability of the Uruguayan government to communicate with its citizens, 60% of Uruguayans in a recent IDB-Cornell survey reported knowing both the symptoms of Covid-19 and how it is transmitted and nearly 90% of the population stayed at home despite the fact that the lockdown was not mandatory.

Paraguay implemented one of the most restrictive lockdowns in the region. Citizens could go outside only if they needed to buy food or medicine or if they worked in the health sector. The government installed 94 free-access internet points in vulnerable neighborhoods that provided information about the pandemic. It also launched an app, called ‘Covid-19Py’, that facilitates the tracing of positive cases, scheduling a test, and the ability to inquire about the health status of patients.

According to World Bank estimates, the GDP of Uruguay and Paraguay will shrink by 3.7 and 2.8 percent in 2020, respectively, a much more moderate decline than the regional average. Their experiences in flattening the curve at a reasonable economic cost point to a few key lessons. Implemented promptly before the R-factor grows to unmanageable levels, lockdowns can be highly effective in keeping the health impact low. They should be accompanied by strict border closures and quarantines of 14 days for anyone arriving from abroad. According to a National Bureau of Economic Research (NBER) paper by Alvarez, Argente, and Lippi, the national health service should coordinate a comprehensive testing strategy, followed by isolation and contact tracing for all positive cases that would allow for targeted neighborhood lockdowns rather than the closing down of entire cities or countries. Beyond this, each country will face a specific set of challenges. But the lessons learned from the first outbreak should prove useful if a second wave of infections were to strike later this year.

Sergio Perilla is a Research Fellow at the IDB Research Department. His research work focuses on applied microeconomics, political economy, and public economics. His projects analyze how the credibility of politicians affects voters’ behavior and the spending composition in developing countries. He also studies how trust within bureaucracies affects policy implementation in Latin American countries. Previously, he worked as a research assistant at Universidad del Rosario, Colombia, and MOTU Economic and Public Policy Research, New Zealand. In the past, he worked on development topics and helped, among other things, to construct a model able to predict mining activity, using machine learning algorithms and satellite imagery. Sergio holds a master’s degree and a bachelor’s degree in Economics from Universidad del Rosario, Colombia.