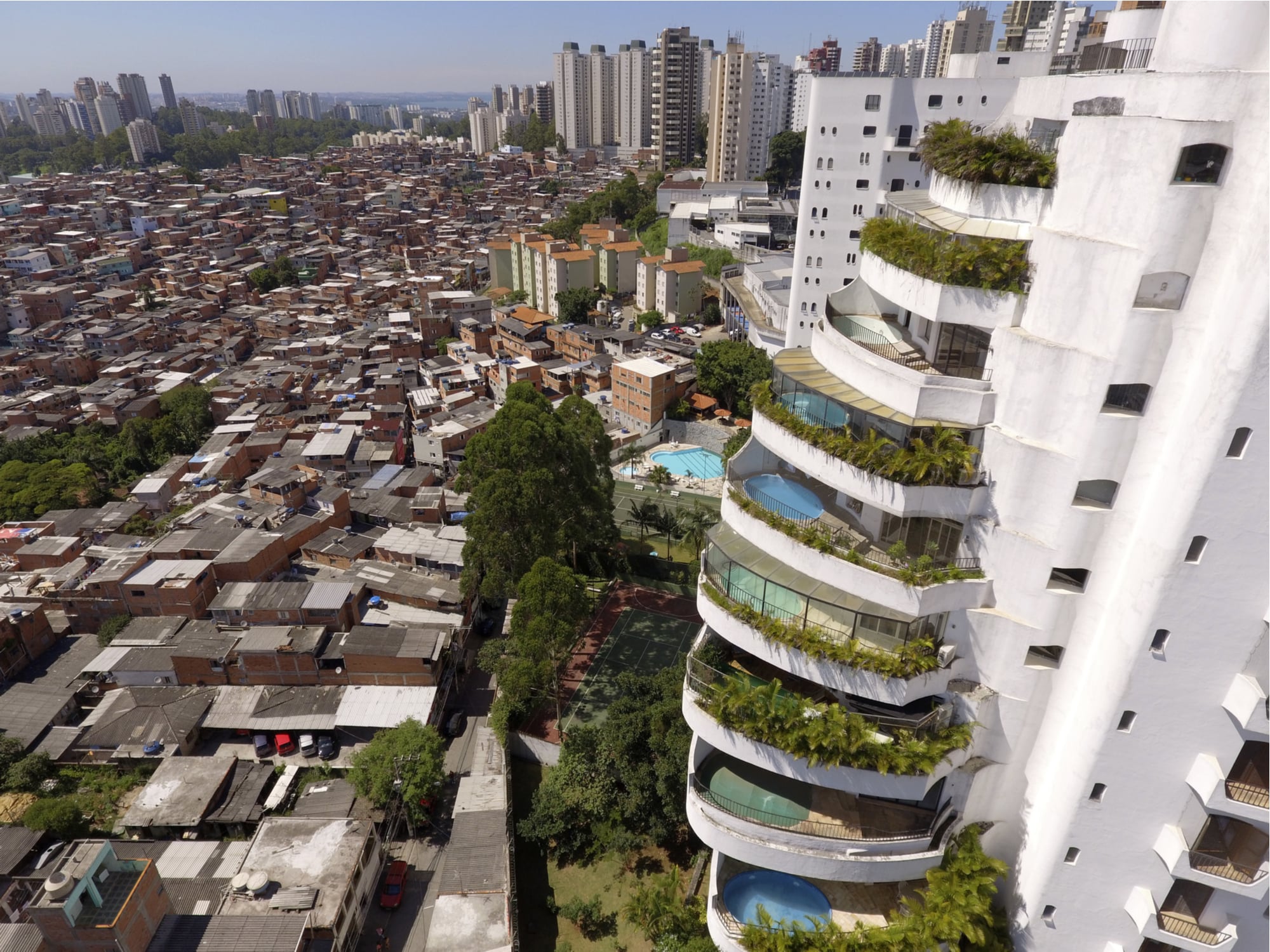 The widespread inequalities of economic opportunities in Latin America and the Caribbean are a major concern for policymakers throughout the region. These inequalities are, in no small part, spatial. Where you live and where you work matters—often substantially—for your opportunities in life. Research is rapidly improving our understanding of the geographic dimension of inequality, and opening doors to new policy approaches to tackle it.

The recently published IDB report The Inequality Crisis shows that household income and wages vary substantially across different subregions of many Latin American countries. Even in countries with relatively smaller spatial inequalities, such as El Salvador, the average salary in the richest region is 40% higher than in the poorest. The gap is substantially larger in more geographically-unequal countries. For instance, in Argentina’s Tierra del Fuego region, the average wages are close to three times those in Santiago del Estero. Ten percent of income inequality across individuals from 11 Latin American countries is explained by differences in average income across countries, and 7% by differences in average income across the main geographic regions within these countries. This is true despite the fact that mobility is not legally restricted within countries, unlike cross-border labor migration. While there is significant internal migration from low-opportunity to high-opportunity cities and regions, this appears to be insufficient to close the income per capita gap.

Even though inequalities across large subnational regions in Latin America are considerable, they pale in comparison to inequalities within cities. For a closer look, Figure 1 decomposes Brazil’s total wage inequality in 2010 by geographic level. Even though there are large income disparities across the five macro-regions of the country and across its 27 states, average wage differences across these geographies only account for about 1% of national wage inequality. Differences across cities within the same state, in turn, account for an additional 2%. But average wage differences across neighborhoods within those cities explain about 9% of the country’s wage inequality. The distribution of within-city gaps to total labor income inequality in Brazil remains disproportionately high whether we consider only human capital—that is, the fraction of wage differences related to schooling or experience—or only the component unrelated to workers’ observable human capital.

An even starker picture emerges when considering differences in cost of living across localities. The bottom panel of Figure 1 shows the same geographic decomposition of inequality but adjusting nominal wages by the average rent for each city, which is typically a good approximation of overall cost of living. High-wage cities, where a large fraction of the country’s poor settle in search of better opportunities, also tend to be expensive. Because housing costs represent a relatively larger share of the budget for low-income households, their real wages tend to be even lower than for individuals from high-income households. This holds despite the significant residential segregation generated as low-income households avoid the most expensive (and better connected) neighborhoods and, instead, settle in areas with more affordable housing.

Geographic segregation within cities, in turn, frequently acts as a barrier to economic opportunity. Notwithstanding centrally located exceptions such as Villa 31 in Buenos Aires and favela Rocinha in Rio de Janeiro, low-income families in Latin America are disproportionally more likely to live on the periphery of a city than high-income families. This makes access to centrally-located jobs more costly: Residents of peripheral housing projects in cities in Brazil, Colombia, and Mexico spend around twice as much money and three times more time commuting than those living close to the city center. This is in line with what researchers have found in the U.S., where workers are significantly less likely to apply to jobs that are more than ten miles from their residence and less likely to remain unemployed following a mass layoff event if they live in better-interconnected neighborhoods.

Distance to job centers also plays a role in the persistently high levels of labor informality in Latin America. Figure 2 illustrates this using commuting time and informality data from Brazilian workers at different wage levels. The commuting patterns of formal and informal workers are strikingly different. Among workers from the formal sector, those with lower wages tend to commute more than those with higher wages. But among informal workers, the opposite is true: lower wages are associated with shorter commutes. This reflects the fact that low-wage informal jobs tend to be more dispersed across the geography of the city, and are therefore more accessible to workers living far from central formal job locations. Similar patterns are observed in Mexico and other countries in the region.

Figure 2: Commuting Time and Informality by Labor-Income Level in Brazil, 2010

Spatial inequality within cities not only affects the economic opportunities of workers today but also limits opportunities for future generations. A series of recent studies from the U.S. have found that growing up in a neighborhood with low vs. high economic opportunities makes a big difference in the long run. Children who moved to higher-opportunity communities as part of a large government program showed significantly better outcomes as adults—including improved university enrollment, earnings, and single-parenthood rates. Other events leading families to relocate to better neighborhoods, such as public housing demolitions in Chicago and housing lotteries in the Netherlands, have also created better future outcomes for the children who relocated.

Multiple policies addressing spatial inequalities have proved successful at improving their beneficiaries’ socio-economic well-being in the short run. For example, land titling programs have been linked to more years of schooling for children in Argentina and increases in adult labor supply in Peru. Slum upgrading programs have led to improved health outcomes in El Salvador, Mexico, and Uruguay. And social housing programs have helped reduce the frequently severe housing deficits of various countries in the region. However, these policies have not necessarily helped reduce inequalities in access to economic opportunities. In some of these programs, initially positive effects disappear over time. This happened in Brazil’s Favela-Bairro slums upgrading program, where infrastructure rapidly deteriorated and had fully reversed to its initial conditions 10 years later. In others, efforts to solve one problem can aggravate others. For example, social housing is frequently built on the periphery of cities, where more and cheaper land is available. But beneficiaries of those programs tend to lose access to jobs and the informal support of their social networks.

Urban transportation projects appear to be particularly effective in tackling access to economic opportunities in segregated cities. Such projects have been linked to lower informality rates in Mexico and Brazil, better access to well-paying jobs in Colombia, and greater employment and earnings for women in Peru. The experience of TransMilenio in Bogota, however, shows that increased access to high-paying jobs for workers from peripheral neighborhoods does not necessarily translate into lower spatial inequality. The increased labor supply to these job centers kept wages from growing, and greater housing demand in neighborhoods with improved accessibility pushed prices up and eventually displaced lower-income households. This highlights the need for complementary policies that help preserve the initial inequality-reducing effects of transit and similar investments, such as zoning reforms that allow for greater housing supply in locations with better access to jobs.

Recent research from the U.S. also suggests that low-cost interventions supporting families in their efforts to relocate to higher-opportunity neighborhoods may be effective. An experimental study randomly selected families from a pool of applicants to a housing voucher program in Seattle and provided them with support in the process of renting an apartment in high-opportunity neighborhoods—in addition to the monthly rental assistance all beneficiaries received. This support included customized housing search assistance, short-term financial assistance to cover application fees and security deposits, and an insurance fund for landlords covering potential property damages. As a result of the intervention, a significantly higher share of families chose high-opportunity neighborhoods (53% compared to 15% in the control group). One year later, these families were more likely to renew their leases and report higher satisfaction levels with their neighborhoods. Studies like this have yet to be conducted in Latin America and the Caribbean, but if similar interventions also prove effective here, they could help expand our policy toolkit to reduce the pervasive inequality of economic opportunities in the region.