More than a billion people live in informal neighborhoods around the world, also known as slums, barriadas or villas, or favelas in Brazil. These neighborhoods usually lack access to clean water and sanitation systems, and residents live in inadequate and overcrowded housing. In 1995, Favela Bairro (FB) program in Rio de Janeiro Brazil, aimed to connect these informal neighborhoods to the city, by providing and improving services and upgrading infrastructure. FB’s novel approach received wide international acclaim. In 2000 it won Harvard’s Veronica Rudge Green Prize in Urban Design recognizing it as a “project that contributes significantly to the quality of urban life.”[1]

What are the results of the program ten years later? 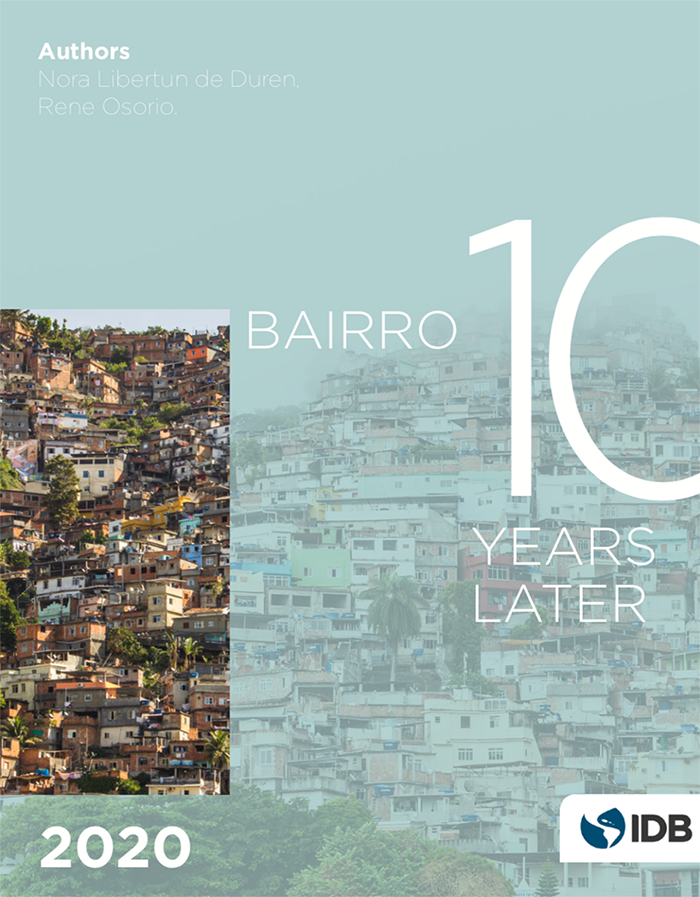 The report is timely due to the renewed concern of sanitary conditions during the ongoing COVID-19 pandemics in informal neighborhoods. A recent study from India found that households living in informal neighborhoods would suffer 44 percent higher chance of transmission of infectious diseases such as the flu ,oppose to those living in other areas. Overcrowding conditions increase infection rates, while malnutrition and the lack of sanitary conditions make it more likely to spread infectious disease. The current state of the program is especially important amid the COVID-19 pandemic and could provide guideline for future interventions.

The research presented in the report used two complementary methodologies carried out in parallel:

Lessons to be learned

Design for endurance can be accomplished with the choice of better materials and layouts that require minimum maintenance and recurrent expenditure should be budgeted for repairs on a regular basis; extra resources should be allocated to hilly and densely populated areas. For better outcomes, it is key to involve and educate residents on the preservation of the interventions, and recognizing that these type of projects are likely to attract more people, increasing demand on the built infrastructure. It is important to understand that built interventions might not be sustainable in neighborhoods that face chronic local violence or where there is a notable absence of authorities and government, making long term durability possible, only by constant action from all stakeholders.

Read the blog in portuguese.

Guest Author: Janice Perlman Dr. Perlman is a research scholar, author, public speaker and urban policy consultant. Her most recent book, Favela: Four Decades of Living on the Edge in Rio de Janeiro (OUP, 2010), traces the life histories of hundreds of urban migrants over four generations. It is a follow-up to her seminal book, The Myth of Marginality (UC Press, 1976). She is currently finishing research on Mega- Events, Public Policies and the Future of Favelas Cariocas. The book titled “The Importance of Being Gente” will complete the Favela Trilogy. Her Awards include Guggenheim Award; C. Wright Mills Award; Chester Rapkin Award; two Fulbrights and the Publishers PROSE Award for “Out­standing Contribution to the field of Social Science. She is President of The Mega-Cities Project, a global non-profit designed to “shorten the lag time between ideas and implementation in urban problem solving”. Now in its 30th year, it is supporting/awarding young urban leaders as in its new initiative, MC2. She was a tenured Professor of City and Regional Planning at UC Berkeley and has taught at Columbia, NYU, Trinity College and UFRJ. She directed Strategic Planning at The NYC Partnership; Science, Technology and Public Policy at the NY Academy of Sciences; and the Neighborhoods Task Force of the National Urban Policy.

[1] For more information about this prize, see https://urbandesignprize.gsd.harvard.edu/.