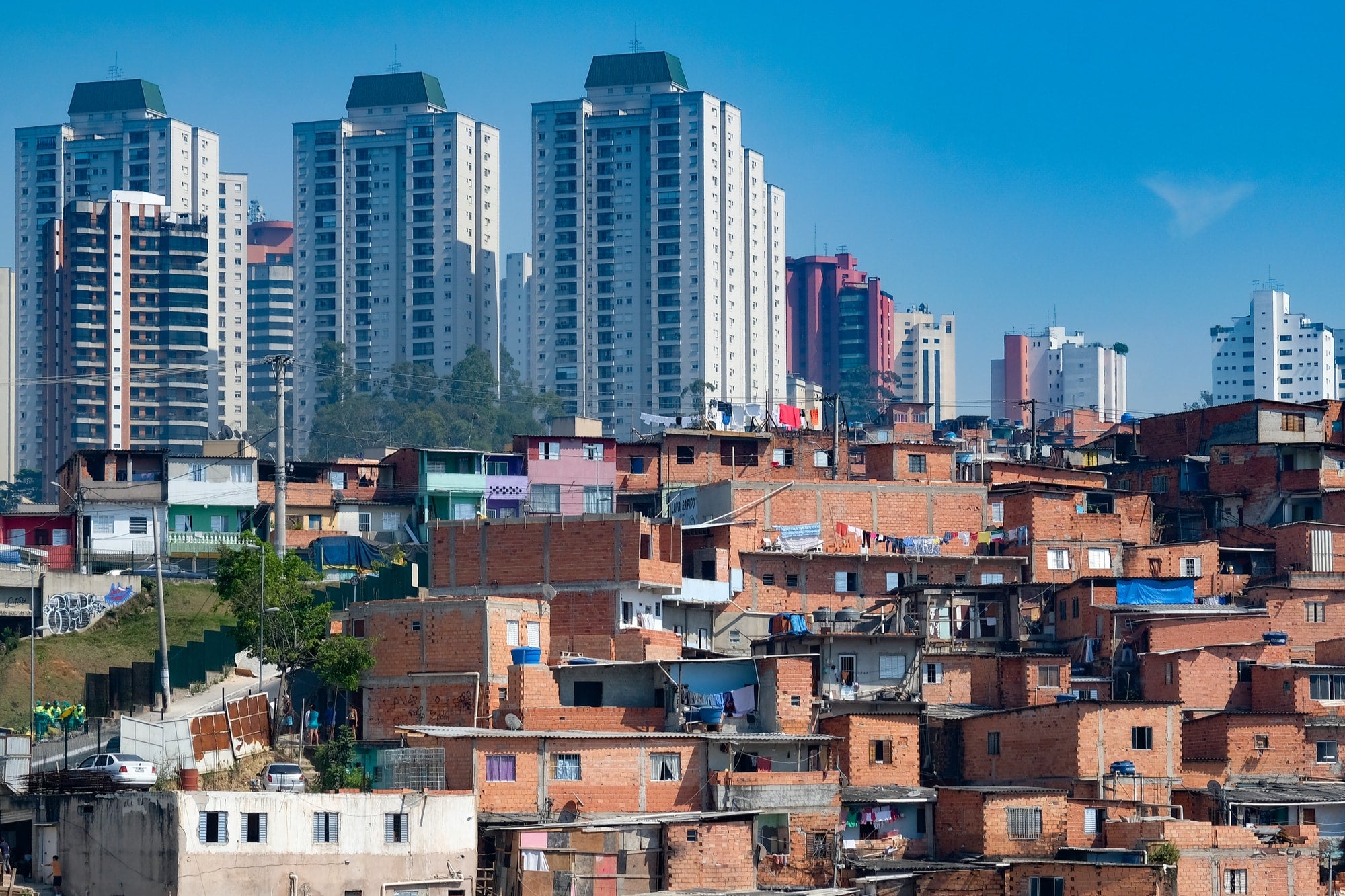 Latin America and the Caribbean is the world’s most unequal region, after sub-Saharan Africa, and income inequality there is getting worse as a result of the Covid-19 pandemic. Because of the expected long-term effects of the pandemic, inequality is likely to continue worsening for many years to come if the right policies are not put into place.

This would be a tragedy for a region where poverty declined and the middle class grew from 23% to 38% from 2000 to 2018 as a result of a boom in commodity prices. It would mark a huge setback for countries where many people believed their lives were getting better but where nine in ten people still say that income distribution is unfair.

The Covid-19 pandemic has claimed more than 260,000 lives and plunged the region into a deep recession. Deepening inequality as result of the pandemic now represents a threat to the structure of the region’s societies, to the prospects of the poor and the middle class and the educational and career possibilities of tens of millions of young people. It threatens to erode trust among citizens and the sense of common purpose needed for progress, aspects of society that were already weak before the crisis struck.

The IDB’s new report “The Inequality Crisis” examines the region’s inequality from many angles and the reforms needed to reduce it. It emphasizes that governments must spend better, improving the targeting of social programs to help those in greatest need. They must embark on labor market reforms that extend safety nets to all workers. And they have to protect the young and poor, putting in place remediation policies to prevent school dropout during and immediately after the pandemic subsides. Half measures will not do. The region needs a new, more inclusive social contract.

Today in Latin America and the Caribbean, the richest 10% of the population earns 22 times more than the bottom 10%, and the richest 1% takes in more than 20% of national income — double the average in the industrialized world. Women make considerably less money than men, and Afro-descendants and indigenous people make far less than the rest of the population. The impacts of inequality, moreover, begin early. Private school and other opportunities enjoyed by the rich lead to a large skills gap, such that children from the wealthiest one-fifth of the population have by age 15 the equivalent in skills of two more years of education than the poorest one-fifth. This gives them far greater chances at high quality jobs in the formal labor market. It perpetuates inequality and poverty across generations.

While most governments put in place strict lockdown measures, those who suffered the harshest blows were low-skilled workers who couldn’t telework from home, including those in the retail, construction, and restaurant sectors. A recent survey by the IDB and Cornell University shows that a person in a poor household is three times more likely to have lost their job as a result of the pandemic than a person in a high-income household. Because they mostly labor in the informal sector, low-skilled workers also typically lack the health and unemployment insurance that would soften the blow of a work loss.

Poor children are especially hard hit. Studies of long school closures resulting from teacher strikes show that affected students are likely to end up with fewer years of schooling, a delayed graduation from high school, and a higher probability of earning low wages or being unemployed. Children from lower socioeconomic backgrounds suffer the greatest learning losses.  Since many of them lack access to a computer or the internet at home, they are especially likely to be harmed by the pandemic.

In recent years, the region has made progress in reducing inequalities beyond income. The main engine behind these gains was a labor market that created better opportunities for low-income households. Health and education coverage among the poor also expanded through conditional cash transfers. And poverty among the elderly was reduced though the expansion of non-contributory pensions.

But the social fabric of the region remains fractured. Because the middle and upper classes opt out of public services, there is a large amount of class segmentation. In the Organisation for Economic Co-operation and Development (OECD), to cite one example, a student from the top 20% of the income distribution is 2.8 times more likely to interact at school with a student from the same income tier than a kid from the bottom 20% is to interact with children from the top one. This ratio in Latin America is 6.5, and in countries like Chile and Peru around 10. It needs to be rectified. School quality needs to improve to bring the middle and upper classes back to public education and to other public services they deserted.

Other reforms are essential. Latin America and the Caribbean is notoriously bad at righting inequality through taxation and government expenditure. The tax system is biased towards indirect taxation, like value added taxes, and regressive because of tax evasion. The pension system fails to cover many people who contribute to pay-as-go-systems but transit in and out of formal employment during their lives and are ineligible when they arrive at retirement age. And the region spends half on social polices relative to its GDP as countries from the OECD. The result is that OECD countries are almost eight times more efficient in reducing inequality through fiscal policy as countries in the region.

These issues need to be addressed as does the situation of the roughly one in two workers who labor in the informal sector and who overwhelmingly lack health and unemployment insurance. Safety nets must be created that protect all workers regardless of the type of employment they hold.

None of this will be easy. Fiscal space is extremely tight. Governments will have to prioritize programs and reforms depending on their capacity to spend and their ability to fight tax evasion and implement tax hikes at the top. In-depth product and labor market reforms to generate a more dynamic business environment are also needed. The region must ignite a strong recovery that brings back formal productive jobs destroyed by the pandemic. Action is urgent. Pandemics are stress tests that reveal the weaknesses in societies and their economies. As displayed in the protests that erupted last year in South America over social issues, frustrations over inequality are hardly unique to the Covid-19 crisis. Nonetheless, the pandemic has put the immense inequality of the region into bold relief and  contributed to a worsening of the problem itself. Reforms must address those issues. The region must work to forge cohesive societies where opportunity for advancement and a better life is available to all citizens and all feel part of a common project worthy of their effort.