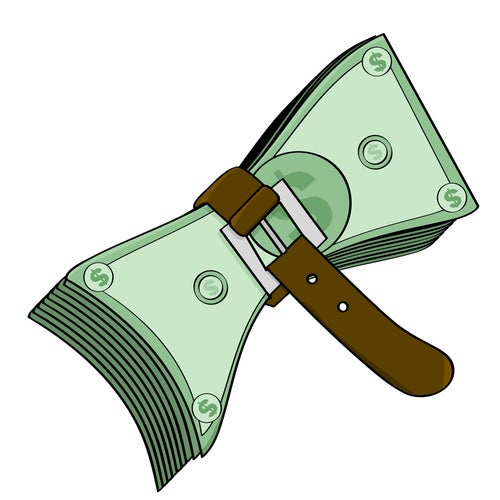 Many emerging economies, particularly in Latin America and the Caribbean, are facing growing debt, fiscal deficits and low growth. Given the direction of debt-to-GDP ratios, many countries are choosing “adjustment” to maintain sustainability. In this blog, I offer 10 priorities that might guide a period of Considerate Consolidation.

Priority 1: Speed. If output is at potential do not delay, but if output is below potential move gradually (“slow is pro. when output is low”), and in all cases have a medium-term credible plan. When the output of an economy is close to its long-run potential level, then both theory and empirical work suggest that the effect of fiscal policy on output is low, particularly so for small, open economies. That means that fiscal adjustment should have little negative impact on the economy, and there is no reason to delay. On the other hand, when output is below potential (and assuming that at some point it will come back to that level) then it may be best to move gradually[1].   In either case, a reasonable medium-term plan (not over-ambitious) is very useful, and countries may wish to enact legislation to gain greater credibility. An explicit and credible plan will help to bring interest rates down and will maximize the positive impact of fiscal consolidation on private investment.

Priority 2: Make targets explicit in terms of fiscal outcomes and the targeted debt-to-GDP ratio —which should be at least stabilizing and likely declining over the medium term. Emerging economies have a range of starting debt levels. Jamaica has debt over 100% of GDP, while in Costa Rica debt to GDP is about 45%. In the latter case, a plan to stabilize debt may suffice, while, in the former, the plan has been to bring debt down. Making plans explicit in terms of targets and explaining how those targets will be achieved will maximize the credibility of the plan and again help maintain or even boost private investment.

Priority 3: Taxes vs. Spending. If taxes are very high, don’t raise them more, focus on cutting spending. But if spending is very low, don’t cut it more, focus on raising revenues. Latin America is very diverse with several countries in South America having high tax burdens, while countries in Central America have rather low spending levels.

Priority 4: Look for cuts that will not affect growth. Efficiency gains (doing the same with less spending), improving targeting and reducing leakages of social programs (e.g., cutting programs that help non-poor households or targeting them better to help the poor) could bring substantial savings: perhaps as much as 2-4% of GDP in Latin America and the Caribbean. Cutting productive capital investment projects is to be avoided. Indeed, if output is below potential and the projects are truly productive such a policy may be counter-productive, increasing debt to GDP rather than reducing it, given their impact on GDP. In Latin America and the Caribbean, fiscal spending needs to be rebalanced back towards more capital spending. Following these ideas will work in that direction.

Priority 5: Consider tax reform plus improvements in tax administration. There is much space to improve tax systems in many emerging economies. Such reforms should aim to increase tax efficiency, sharpen incentives, promote growth, reduce inequality and enhance automatic stabilizers. Designing an appropriate reform is inevitably country-specific and will depend on a host of factors regarding the state of the current system and individual country characteristics. So it’s hard to generalize what countries should do. The IDB’s More than Revenues provides a comprehensive discussion of potential tax reforms in Latin America and the Caribbean. Improving tax administration can bring in substantial new revenues.

Priority 6: Develop a medium-term plan to reduce informality. Informality leads to low productivity and reduces the tax base, implying taxes on productive, formal businesses are necessarily higher. But reducing informality is hard and may require sticks and carrots and many parts of government working together. Consider providing services for formal firms to enhance incentives for formalization, and, on the tax side, reducing labor and other taxes that increase the incentives for firms to operate informally.

Priority 7: Consider pension reforms before a crisis looms! Several emerging economies, including quite a few in Latin America and the Caribbean, have pension systems that are not financially sustainable, especially given projected demographic trends. Pension systems in the region tend to be expensive, regressive and have poor coverage. There are different systems across countries, and it’s unlikely there is a one-size-fits-all policy message (the IDB’s Savings for Development goes into more detail). But suffice to say it is advisable to treat this looming problem earlier rather than later.

Priority 8: Consider other reforms to boost growth. Boosting potential growth and hence the denominator of the debt-to-GDP ratio is an even better strategy than fiscal consolidation. There are many things governments can do, including structural reforms in areas likely to boost growth in the shorter to medium term, boosting needed infrastructure spending and a host of more specific policies: the IDB’s Rethinking Productive Development provides a review of some of the latter. Such policies should be made consistent with the fiscal consolidation plan.

Priority 9: Strengthen fiscal institutions. Many emerging economies are in the position they are in today because they did not save enough during the good times. In fact, many countries in Latin America and the Caribbean pursued expansionary fiscal policy even when output was above potential! Better fiscal institutions are required to avoid this happening again, and it is perhaps easier for a country to enact appropriate legislation (or constitutional changes) now during the less-good times. For commodity exporters, mechanisms are required to manage the inevitable commodity price risks. Hedging prices used in annual budgets and developing a stabilization fund to manage longer- term risks are useful complementary measures. But more generally strengthening fiscal institutions may allow a better use of discretionary fiscal policies in good times and in bad, given automatic stabilizers remain weak.

Priority 10: Ensure close coordination between monetary and fiscal policy. Many emerging economies (including some 9 in Latin America and the Caribbean[2]) have developed inflation-targeting regimes with some success in bringing inflation down and maintaining inflation at reasonable levels. Such regimes have gained a high degree of credibility in some countries. However, there has been an inadequate coordination of fiscal and monetary policy. And too often fiscal policy has been too expansionary and consequently monetary policy has been tighter than it otherwise would have needed to be. This inappropriate coordination of fiscal and monetary policies is inefficient and may even threaten the credibility of this useful monetary regime.

No attempt is made here to rank these ten priorities. Indeed their ranking will depend on the case. A main lesson of the period of the global financial crisis and thereafter for many emerging economies is that talking about fiscal policy in the abstract is dangerous. The detail of actual policy measures matter. Still, if emerging economies take actions along these 10 dimensions, there is a good chance that consolidation will be both considerate and maintain economic sustainability.

Note on title: This draws on and adapts Blanchard and Cottarelli’s 2010 blog “Ten Commandments for Fiscal Adjustment in Advanced Economies”.

[1] If output is temporarily below potential, fiscal multipliers may be temporarily higher, implying that it is worthwhile delaying adjustment. However, there is considerable doubt currently about what potential output is, and it has been downgraded in most countries around the world in recent years.

[2] The IDB’s Revela monitors growth and inflation expectations in Latin America and the ,Caribbean’s inflation targeters.