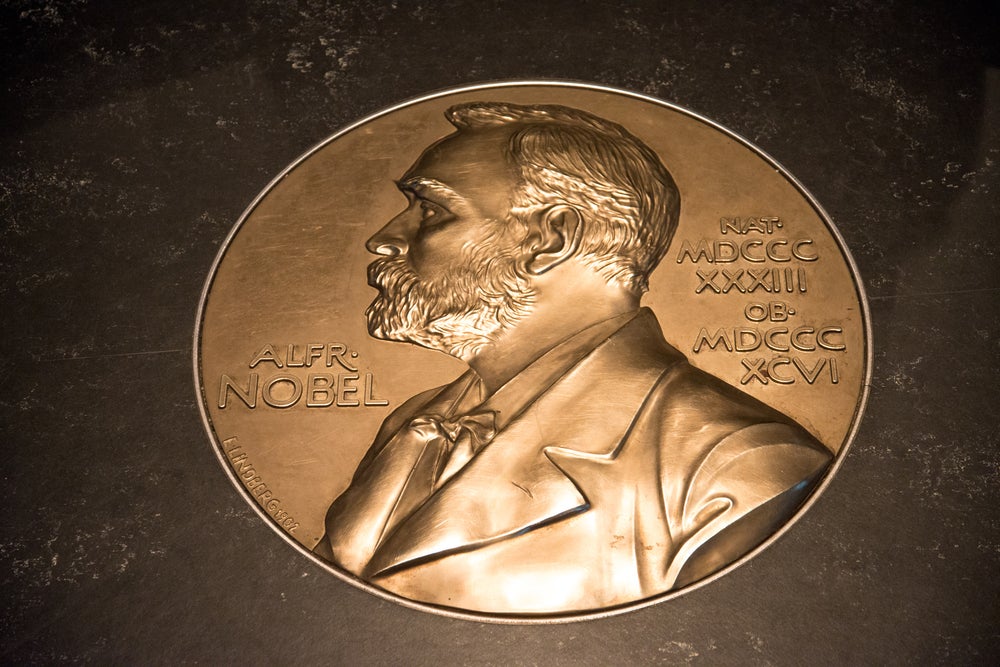 The awarding of the 2019 Nobel Prize in Economics to Abhijit Banerjee, Esther Duflo and Michael Kremer hits close to home for several reasons. First, in bringing “an experimental approach to alleviating global poverty,” as the Nobel committee said in its Oct. 14 announcement of the prize, these distinguished economists have changed the way we do research at the Research Department of the Inter-American Development Bank (IDB). The use of randomized controlled trials (RCTs) has become a standard tool in our daily work. Second, our interest has been to understand the process of development, to build evidence on the effectiveness of different public policies, and to understand the mechanisms behind that effectiveness in order to fine-tune them. Finally, we let the most important policy issues guide our research with an institutional common objective in mind. In our case, it is to improve lives, which happens to be shared by the recent winners of the Nobel Prize in Economics.

The three Nobel laureates led a movement encompassing an idea that was from the start very simple but extremely powerful: to apply to social policies the same standard of proof we require of medicines. Before being commercially approved, any drug needs to show its effectiveness through tests using rigorous RCTs. By the early 2000s, the use of RCTs in medicine had already produced an enormous amount of evidence that allowed us to understand the effectiveness of hundreds of drugs and their side effects. As we discussed in our 2017 IDB flagship report, however, a policymaker in the year 2000 asking “what works to improve learning in primary schools?” or some other policy question might receive “expert” opinions based on grandiloquent proposals, untested theories, hunches, or whatever was fashionable at the time. But that policymaker would most likely not get an answer based on robust empirical proof.

A new era for development

Things started to change three decades ago with the so-called, credibility revolution, which emphasized using strict criteria in comparing control and treatment groups. Banerjee, Duflo, and Kremer took this idea to another level: They set out to systematically use RCTs to test what worked and didn’t work in economic development and, more importantly, to understand the mechanisms of success. In doing so, their academic contributions spanned vast areas of economic development: from education and health to microfinance and political economy, to cite just a few examples.

Their research sparked massive innovations in development economics. Field experiments became the norm in development economics, and the amount of evidence  exploded (see Figure 1). Esther Duflo mentioned in a recent interview that “the three of us stand for hundreds of researchers” who work on development. The Nobel laureates were advocates for the use of RCTs in development, who helped and influenced scores of students, colleagues, policymakers and donors, as well as researchers at multilateral organizations and NGOs.

Wide-ranging experimentation at the IDB

Some of that new research, using field experiments, was done at the IDB. We have implemented, analyzed and published in peer-reviewed journals RCTs showing the effectiveness of policies to foster vaccination in Guatemala; of different pedagogical approaches in Costa Rica; the use of technology in schools in Peru, and the role of competition in delivering services for the poor in the Dominican Republic. We have looked at how to increase revenue using behavioral interventions in Argentina, at the effects of cash transfers in Nicaragua, at the importance of teacher quality in Ecuador, and much more. 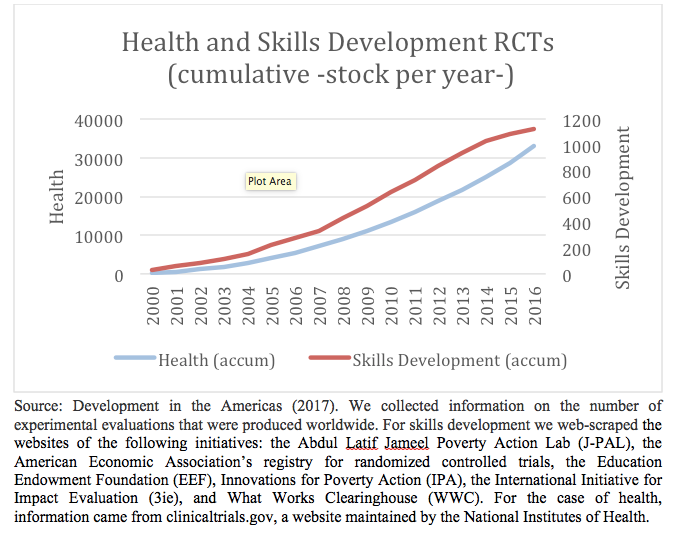 The work by Banerjee, Duflo and Kremer helped change not only the types of questions we ask, and the type of tools we use to answer those questions, but also the skills and technologies we need to produce and publish research. Development economists now need people skills to work hand in hand with governments and NGOs in implementing interventions and management skills to coordinate teams to collect data and manage field work, sometimes over several years. They also need the standard economic ones of using theory to guide questions about potential mechanisms and statistical methods to analyze that data and the results.

For those of us working closely with governments, we have seen the power of evidence firsthand. It is easy, after all, to argue with opinions; it is much harder to argue with conclusions drawn from rigorous experimentation. How do we know that experiments affect policymaking? Using an RCT! The results of a paper analyzing what happens when you randomly distribute evidence to policymakers in Brazil will be presented on Nov, 21 as part of the celebrations of the 25 anniversary of the Research Department (We invite you to join us.)

Economists, of course, should also make that evidence more accessible to policymakers. At the IDB, for example, we have created a curated repository of the relative effectiveness of different policies to develop skills over the human life cycle, known as the SkillsBank.

Those billions of dollars spent on aid and social policies around the globe would be more effective if evidence was used to channel the resources. And it will involve a continuing interplay between experimental evidence and policymaking. As Duflo recently argued: “as economists increasingly help governments design new policies and regulations, they take on an added responsibility to engage with the details of policymaking and, in doing so, to […] try to predict as well as possible what may work in the real world, mindful that tinkering and adjusting will be necessary since our models gives us very little theoretical guidance on what (and how) details will matter.”

The Nobel laureates and our debt

We have had the great privilege at the IDB of hosting the new Nobel Laureates. As part of our Development Challenges annual seminar series we invited in 2009 Abhijit Banerjee and, future Nobel Prize winner, Angus Deaton, to discuss the pros and cons of doing experiments to understand development policies. A few years later, Esther Duflo presented her work on what works in education policy as a keynote speaker. She will visit us again on Dec. 6 (we hope you can join us). We owe them a debt of gratitude for advocating for good research in development, for paving the way for so many of us at the IDB and for many other researchers to join their endeavor, and for changing the way governments do public policy.