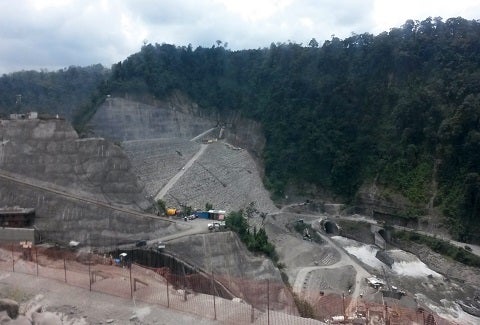 Costa Rica’s ambitious goal to become one of the world’s first carbon-neutral nations by 2021 is a challenging task for a small country where a flourishing middle class is driving demand for more electricity.

More and more Costa Ricans are moving into homes with modern conveniences that range from microwaves to internet access.

To work toward its goal, Costa Rica has needed to find an environmentally friendly way to generate more renewable energy.

One solution has come in the form of water power from Central America’s largest hydroelectric plant, Reventazón, which is powered by the Reventazón River, which flows from Costa Rica’s central highlands to the Caribbean Sea.

The plant started operations at the end of 2016, representing 10 percent of the country’s installed electricity capacity. It is worth highlighting that this type of project, when designed without taking into account international best practice, has a potential to cause negative environmental impacts.

However, with support from the IDB, Costa Rica is taking unprecedented steps to ensure that the project protects the environment and mitigates any effects on biodiversity.

In this sense, the Reventazón project is also consistent with IDB’s sector priority of Protecting the Environment, Responding to Climate Change, Promoting Renewable Energy, and Enhancing Food Security.

The total cost of this massive infrastructure project was almost US$1.4 billion, so the Costa Rican government looked for financing partners, including the private sector, to make it happen.

The IDB first responded with a sovereign-guaranteed (SG) loan of $250 million to foster power generation. Of the loan’s total amount, $98 million were allocated to support the Costa Rican Institute of Electricity’s (ICE) investment in the Reventazón hydroelectric project.

As the owner of Reventazón, ICE made an equity investment for a total of US$475 million. The private sector window of the IDB financed $335 million through its A/B loan program.

The IDB’s A/B loan program is a useful tool to mobilize financing because it attracts banks and institutional investors as co-financiers of IDB-supported projects.

The IDB offers the A portion of the loan from its own resources and partners with other financial institutions to provide the B loan.

Under this structure, the IDB is the lender of record in the transaction and acts as lead lender and administrative agent for the entire A and B loan facility.

The A/B loan structure offers benefits for both the borrower and the financial institutions partnering with the Bank.

For the Reventazón project, the IDB offered the A portion with a US$200 million NSG loan and partnered with other private investors to provide US$135 million financing through a B-bond.

In designing this operation, the Bank aimed to leverage its preferred creditor status to attract institutional investors in the capital markets, thus benefiting the borrower with access to significantly longer tenors than would have been available from the typical commercial banks that participate in B-loans. The IDB’s involvement also stimulated private investor participation by reducing the operation’s risk.

In addition to fostering renewable energy and protecting biodiversity, the Reventazón project has been a prominent source for learning about the potential of innovative financing structures that have since been used in other partnerships with the private sector.

The B loan structure used for the Reventazón project was the first of its kind for the IDB, providing a blueprint for scaling up the mobilization of nontraditional funding sources such as institutional investors for future projects of this scale.

The benefit of the Reventazón project goes beyond funding structures; it’s about the use of innovative financing to help a country like Costa Rica raise its standard of living while protecting its natural resources.

By Enrique Palacios is a general operations consultant in the Development Effectiveness Division of the Inter-American Investment Corporation.