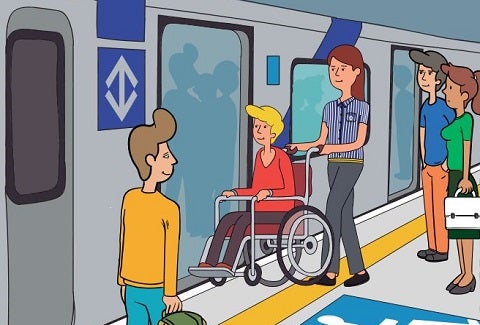 Line 4 Eases the Commute to Millions in São Paulo.

The São Paulo Metropolitan Region encompasses 39 municipalities with a total population of 19 million people. The region contains 10 percent of the Brazilian population and is the fifth largest urban area in the world.

Home to more than 11 million of the metropolitan region’s residents, the city of São Paulo is one of the most congested cities in the world. Enhancing public transportation systems is a critical priority.

Until recently, São Paulo’s metro system lacked sufficient capacity and was limited in its coverage, prompting commuters to mostly use buses and private vehicles to the detriment of urban mobility and air quality. Traffic jams during rush hour sometimes extended more than 200 kilometers, according to official estimates.

To address the city’s transportation problems, the government of São Paulo launched a public-private partnership to expand its metro network with the construction of Metro Line 4.

The concession was awarded to a private company, ViaQuatro, to operate Line 4 for a period of 30 years.

The IDB supported the project with a US$69 million non-sovereign guaranteed (NSG) loan from its own resources, and mobilized US$240 million from private investors.

Completion of the first construction phase of Line 4 has already added 8.9 kilometers and six stations to the metro system. As a result, Line 4 transported 198 million passengers in 2015, according to the Metropolitan Company of São Paulo-Metro.

When completed, Line 4 will extend for 12.8 kilometers, increasing the existing metro network by 20 percent and transporting almost one million passengers a day.

The new line will connect large business districts with residential areas in the southwestern corridor, where there is heavy traffic congestion due to growth of suburban areas and increased industrial activity.

The addition of Line 4 also contributes to the overall efficiency of the public transport system, since it connects the metro with key rail networks and five bus stations. Besides improved connectivity and reduced travel times, a more integrated public transport system brings significant environmental and social benefits.

For example, by shifting daily commuting from roads to the metro, Line 4 is helping ease air pollution and noise emission levels by reducing bus fleets and road traffic in the southwestern region.

By supporting the expansion of low-carbon transportation systems with projects such as Line 4 in São Paulo, IDB financing contributes to mitigating traffic congestion, reducing travel times, and generating social and environmental benefits to improve the quality of life.

This project presents valuable lessons learned regarding Public-Private Partnerships (PPP). The PPP agreement established that the Government of the State of Sao Paulo, the granting authority, would perform the civil works before turning over the operation and maintenance of Line 4 to ViaQuatro, the concessionaire.

There were substantial delays in the construction of civil works for Phase I of the project; instead of completing the six new Phase 1 stations simultaneously, their delivery was split into three sub-phases.

As a result, full commercial operation of Phase 1 of the new line was delayed by 20 months. These delays led to a US$ 72 million cost overrun for the project.

Although the financing structure of the project incorporated a sizable cushion to mitigate the risk of a delayed start-up, the cost overruns meant that the project’s private sponsors had to provide additional funds to avoid liquidity difficulties for the concessionaire.

The difficulties encountered during project execution allowed the Bank to identify various findings and recommendations.

First, engagement with the granting authority during the early stages of project preparation is key to having a well-balanced concession contract and to ensure its bankability.

Second, assessing the granting authority’s institutional capacity to perform its obligations is as important as having creditworthy private sponsors to be able to address unforeseen events such as the ones faced in this project.

Even when a concession is located in a well-developed state as São Paulo and the granting authority is experienced and reliable (such as the Government of São Paulo), there may be a need for the project and its stakeholders to accommodate decisions made by the granting authority that could negatively affect their interests and structure solutions around that.

Vanesa Ruperez is a general operations consultant in the Development Effectiveness Division of the Inter-American Investment Corporation.