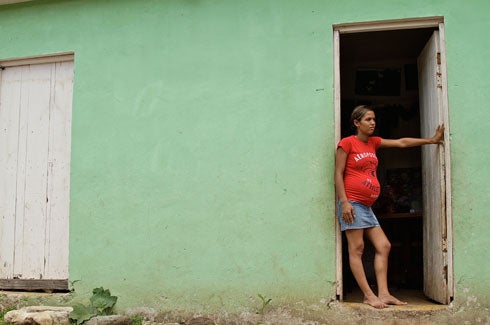 One of the latest issues of the prestigious medical journal The Lancet offers an update to a special series of articles on child development that was originally published in the same journal in 2007. The original articles from 2007 effectively raised the profile of this topic among researchers and public policy decision-makers.  The new series is expected to continue to strengthen the discussion around the topic.

One of the main contributions of the new series of articles is that it updates the review of scientific literature that was used four years earlier to create a more extensive list of the risk factors that keep children from reaching their full potential. In addition, the article also proposes two protective factors that may reduce the impact of those risk factors on children: breastfeeding and education for mothers.

The following reflections on the conclusions in this article come out of my experience as a woman and a mother. There is a lot of evidence that highlights the important role that women play in nurturing wellbeing in our societies. Nevertheless, the “contributions” that we, as women, make are not only frequently undervalued; they can also be “expensive” to women themselves, on an individual level.

Consider breastfeeding, for example. No one takes issue with the benefits that come from exclusive breastfeeding, which the World Health Organization (WHO) recommends all babies should receive in their first six months of life. Nevertheless, how much support and what kind of incentives do women receive from their partners, families, employers and communities, for taking on this task that occupies so much of their time and energy? Unfortunately, our communities provide very little support in this regard.

Economic theory predicts that when something produces public benefits, but at substantial individual cost, too little will be produced (or less than the socially ideal or optimal amount). Then perhaps it should not surprise us that Latin America is not “producing” enough protective factors—those factors that can mitigate the consequences of the risks to which our youngest children are exposed. According to the most recent data, only 45% of Latin American children are exclusively breastfed during their first six months of life (although this number seems to have increased since the 1990s).

Any serious discussion on child development must also include putting some thought into the wellbeing of mothers, investing in their education, honoring the contributions that they make to create wellbeing for their children and their communities, and supporting them in such efforts