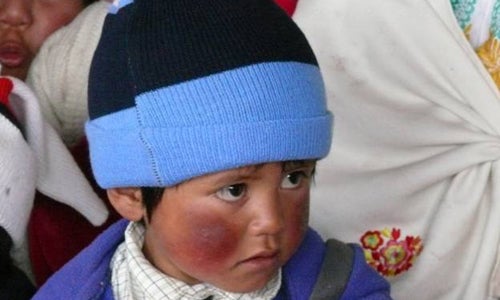 Not very long ago I wrote a post about an interesting series of articles on child development that was published in a recent issue of the journal The Lancet. One of those articles identified the main risk factors that keep children from reaching their full potential. There are many that stand out, but today I want to talk about one that is particularly alarming for Latin America: increasing societal violence.

Over the past few months, I have listened in horror to the stories of three close friends who became victims of violent assaults in cities in the region. In each case, the young children of the victims were present during the assault. Like my friends’ children, thousands of children in Latin America and the Caribbean directly witness or become victims of violence in their communities—sometimes in their own families—each year.  It’s hard to believe that such experiences don’t blemish the lives of the children who are exposed to them at such a young age.

While compared to twenty years ago, the Latin American and Caribbean region today offers more prosperity and greater wellbeing than in the past; unfortunately, it has also become more violent over time (there’s an excellent article on this topic in the journal Pensamiento Iberamericano). Sadly, not only does the region lead the world with the highest per capita homicide rate, it also stands out for its high rate of domestic violence—especially violence against women and children.

Transforming violent societies into peaceful ones is no easy task, especially when violence is considered a socially accepted behavior. The article in the journal The Lancet is yet another call to action for the region on the urgent need to address this issue.

I was encouraged by the interview that was recently published by our Peruvian friends in the blog Inversión en la Infancia. It seems that I’m not the only one who is worried!