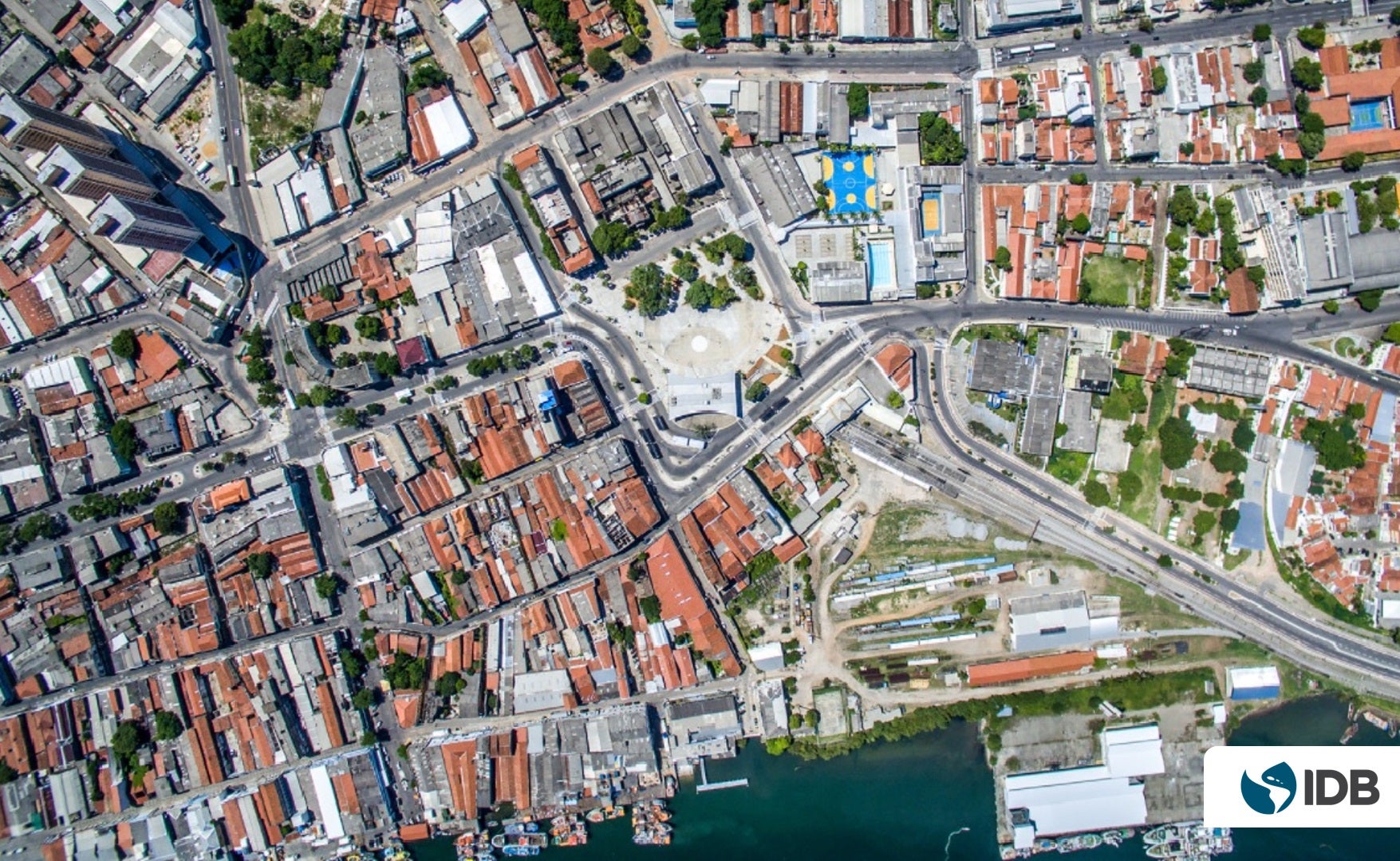 The expansion of informal settlements is one of the problems of Latin America and the Caribbean´s (LAC) cities. At least 25% of its population lives in one of them. Why does this phenomenon happen? Can it be reversed? Can technology help us reducing urban informality?

In this blog we answer these questions, and, in addition, we will show how a project supported by the IDB has made it possible for artificial intelligence to help identify and prioritize interventions in informal settlements in Colombia. Your municipality can be the next! Keep reading to find out how!.

What are informal settlements, and why are they created?

Informal settlements exist in, virtually, all countries. Those from our region are not an exception. These settlements (known, depending on the country, as informal neighborhoods, villas, encampments, favelas) are created as a result of the unsatisfied demand for housing in an uncontrolled manner, generally through self-construction. Every year, thousands of households are constituted without access to formal housing, which results in a continuous growth of the housing deficit.

This gap between the demand and the formal supply of housing gives rise to the informal market absorbing the demand of households that, due to their low purchasing power, are excluded. This results in the formation of informal settlements: territories that develop in deficient physical and social conditions, deepening the conditions of vulnerability of their residents, and increasing the inequity they suffer.

The answer is yes. Satellite images have been used for decades to collect information about the Earth’s surface. Its analysis for urban planning allows to produce very precise maps, with frequent updating of the growth of cities. This allows not only to understand the speed at which a municipality is growing, but also the characteristics of its construction.

For this reason, satellites can report where and how informal settlements are growing. However, this requires highly specialized work teams and a powerful processing infrastructure that must often be configured and tested from scratch for each project. These difficulties represent a barrier to the adoption of these techniques by local government teams. This is a paradox since they are one of the institutions that could most benefit from having high spatial detail information.

How to analyze large amounts of satellite information?: artificial intelligence to the rescue

The advance of artificial intelligence – specifically, the so-called machine learning – represents a huge step forward, facilitating the processing of large amounts of information. It is possible to “train” digital systems to learn to identify objects of interest in satellite images, using material previously produced by human experts as input.

How can an algorithm recognize an informal settlement through satellite images? The first step is to take a satellite image of a neighborhood where a municipal team has demarcated the informal areas. Later, this image is processed with an algorithm that “learns” to identify the characteristic visual patterns of these areas seen from space. The algorithm, thus trained, can later identify areas of the same type in other images. For example, you can map an entire metropolitan area after learning from data that covered only a few neighborhoods, or create updated maps with little effort whenever new imagery becomes available.

Image 1: Artificial intelligence at the service of geolocation

Urban informality in Colombia: past, present and, future?

In Colombia, during 2018, the population exceeded 48 million inhabitants, with three out of four people residing in cities. The trend for the future does not seem to change. It is estimated that by 2050 the number of inhabitants will increase by 28%, with the urban population growing in the same proportion, or greater.

Every year, thousands of new homes are created without access to formal housing, which generates a continuous growth of the housing deficit. The Pact for Equity of the National Development Plan 2018-2022 of the Government of Colombia, through the line of action Housing and Decent and Inclusive Environments, seeks to solve this problem. To do this, it establishes as one of its objectives to improve the physical and social conditions of housing, environments, and precarious settlements in the country.

The National Planning Department (DNP) was designated by the Government of Colombia to support the Ministry of Housing in defining methodologies to put an end to the problem of informal housing. The DNP, after analyzing the different methodologies available to it, opted for the use of new technologies: the analysis of satellite images and the application of artificial intelligence.

Automated Mapping of Informal Settlements with AI in Colombia

In 2021, the DNP, with the support of the Housing and Urban Development Division of the IDB and the company GIM, carried out a pilot project to apply artificial intelligence to generate detailed information about informal housing in Colombian cities.

The project’s data scientists established a set of processing algorithms that analyze aerial, or satellite, images and automatically recognize typical features of districts containing informal settlements. An example of these are narrow alleys and small adjoining houses with a wide variety of roof structures. The data for the training was provided by the Mayor’s Office of Barranquilla, which provided a high-resolution satellite image together with precise information on the location and outline of the informal areas of the city.

When comparing the maps produced by the algorithm, with those made by local experts, a coincidence of the delimited surfaces close to 85% was found, which in practice is sufficient to identify and prioritize the areas that need intervention.

The DNP will continue to apply this pilot to other cities in Colombia beyond Barranquilla. The objective is to progress on two fronts: both in the acquisition of accurate and pertinent information, and in the transfer to local governments of skills for the use of new technologies.

The IDB makes this software available to your city

The use of this methodology opens a new horizon in the region. The great advantage of this method is that, once trained, the system can be used in other places, or changes can be monitored over time. An added benefit is that this toolkit is based on open-source components, which also makes the technology attractive to NGOs and governments operating in regions where fewer financial resources are available.

The IDB, to promote the reuse of the technology used in Barranquilla throughout LAC, has created a software package called MAIIA (Automated Mapping of Informal Settlements with AI. This software can be downloaded free of charge from the IDB’s open-source repository. MAIIA is part of the Open Urban Planning Toolbox, a catalog of open-source digital tools for urban planning.

MAIIA is the first step in putting AI at the service of urban planning. Would you like to develop it in your city? Write us in the comments section and we will contact you.