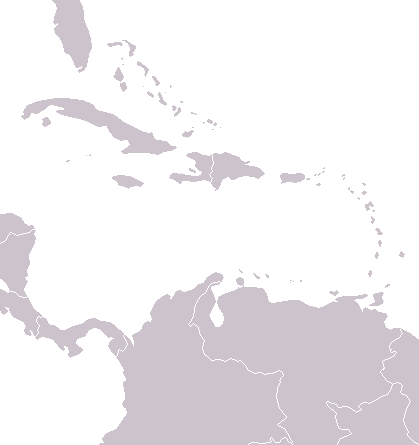 I keep getting variations of these same questions and comments about working in economic development in the Caribbean:

“You work on the Caribbean? Haha…. Tough job…Take me on your next mission (work trip) and we’ll grab a 3pm piña colada on the beach”

Particularly among experts, the field of international economic development tends to focus the vast majority of effort and resources on the large, lower-income countries. For many reasons, this should be the case as scarce monetary and intellectual resources should be directed to develop infrastructure and capacity in areas of the world that need it the most.

Nonetheless, for those who really want to know, here are the top five reasons people in the development community are fanatical about working in the small, middle-income countries of the Caribbean:

1.       Our work actually matters. It’s one thing to be one of 25 donors in all sectors, with little clear view of the priority or attributable result. It’s another to work directly alongside your country counterpart, only on the most pressing priorities, and see how our work fits and accompanies the country’s economic development plan.  Furthermore, the opportunity to engage with policy makers at the highest levels of government, private sector and civil society and work with them towards important development goals.

2.       Every dollar has a purpose (Bang for the Buck). On average over the last 5 years the IDB lending to the Caribbean countries came to about 1.2% of GDP and 0.9% in disbursements… the highest with the exception of Haiti. Additionally, in the context of Jamaica’s macroeconomic stabilization effort, in 2010, the Bank played a critical role in providing the highest amount of financial support (as a percentage of GDP per capita) in its history to any member country.  When’s the last time that happened in [insert large country… or any IDB country for that matter]?

3.       Never a dull moment. The Bahamas is a family of 28 inhabited islands (think fixed costs of having 28 kids no matter what your annual salary); Suriname is Dutch-speaking and bridging the South American communication gap with three neighboring countries that speak (speaking) three separate languages; Barbados is seeking ways to innovate its mature tourism industry and stave off further debt increase; Jamaica is walking the economic tightrope of containing expenditure while trying to create responsible incentives for private sector-led growth; Guyana is riding the commodity wave while developing an ambitious low carbon development strategy; and T&T is finding ways to responsibly develop its non-energy economy – which houses the majority of its labor force. Not to mention the Organization of Eastern Caribbean States (OECS) countries…that’s a whole other story…

4.       Our counterparts are frank, yet friendly. I realize this is an acquired taste for some, but if a development practitioner claims best international practice, Caribbean country counterparts (Governments, civil society etc.) will question, and if they don’t like your answer, they’ll push back.  We are dealing with highly educated and well informed clients and learn from them as much as they learn from us.

5.       Yes, the Caribbean is really gorgeous. Not just in terms of natural beauty but in terms of the depth of history, culture, music, and people.

So I guess the real question is: Why WOULDN’T you want to work in the Caribbean??