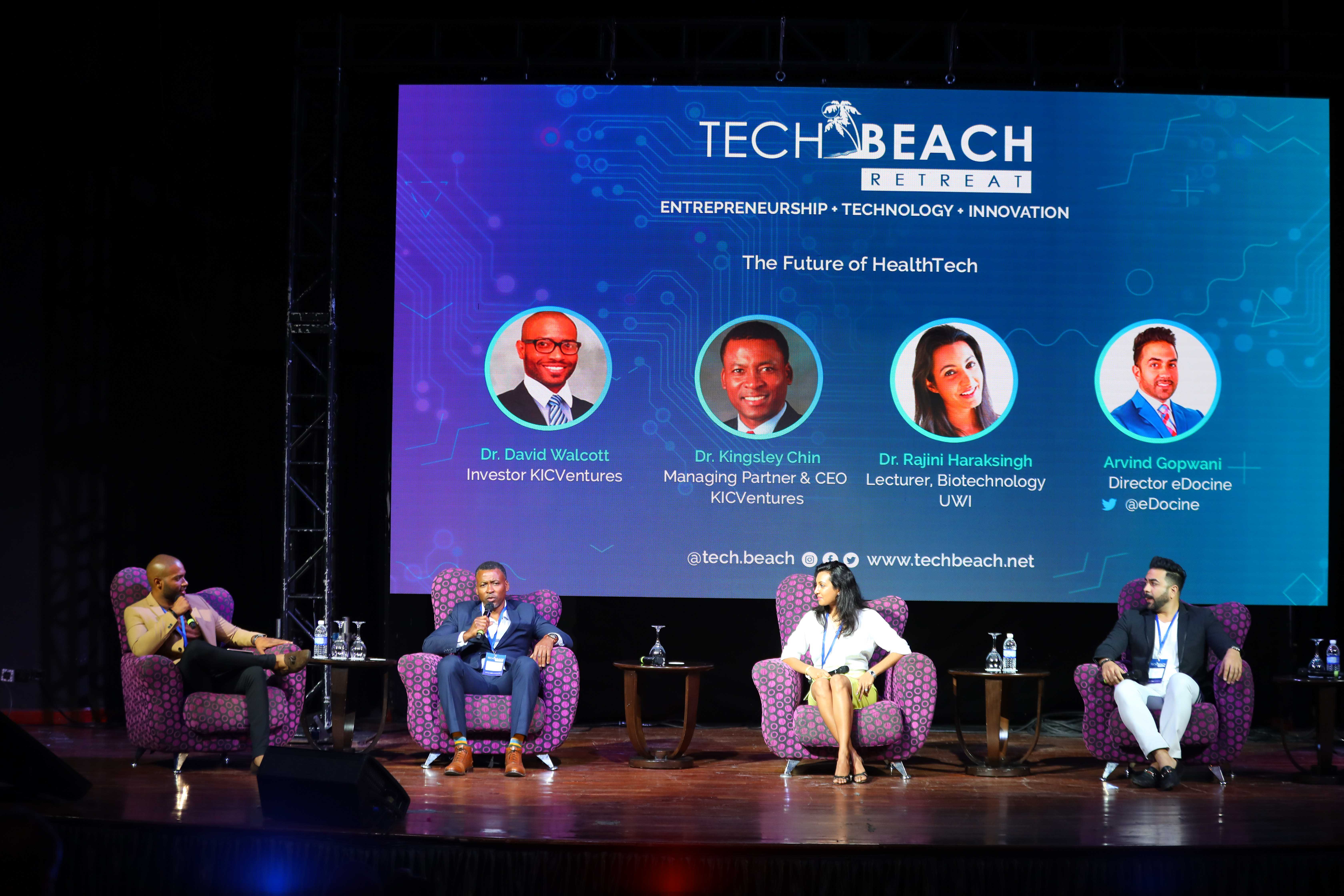 The Caribbean’s leading technology and innovation summit is on in Montego Bay this weekend. Tech Beach Retreat is flipping the stereotype of sun, sea and sand literally on its head, bringing some of the best minds in global innovation together for a weekend of collaboration and networking. But it’s more than a talk shop and drinks on the beach, the level of discourse aims to transform the Caribbean into a leading destination for innovative minds and the birthplace of groundbreaking ideas.

Now in its third year, Tech Beach Retreat is being described as a dominant force driving conversations on technology and innovation in the region and the world, with many in Silicon Valley, associating tech in the Caribbean with the event. Last year the retreat attracted speakers like Twitter founder and CEO Jack Dorsey, who candidly shared the story of Twitter’s growth from a simple idea to a global enterprise. This year’s line-up of speakers includes Arquay Harris, Director of Growth at Slack, the world’s fastest growing startup; Danielle Feinberg, Director of Lighting at Pixar and from the region; NCB’s Chief Digital and Marketing Officer Nadeen Matthews Blair among others. In terms of real gains, Tech Beach reports over 60% of 2017 participants did business with another Tech Beach participant within 6 months after the event. Participants represented companies like Google, Facebook, Microsoft, Linkedin and Paypal.

Innovation revolution in the Caribbean

“We are working to spark an entrepreneurship and innovation revolution in the Caribbean. Our goal is to connect the best in the Caribbean with the best in the world, driving a paradigm shift in the economic outlook of the Caribbean. Our summits are designed to serve as catalysts for big ideas,” says Kirk-Anthony Hamilton, Co-Founder and Curator of Tech Beach Retreat. Tech Beach Retreat is clear in its objective: to unlock the full economic potential of the Caribbean region, with the hope of inspiring a culture that embraces innovative ideas. Though global in scope, Tech Beach aims to closely consider the Caribbean reality. Wide regional participation is encouraged as corporate sponsors offer tickets to entrepreneurs from the region through various initiatives.

The Inter- American Development Bank (through its Caribbean Countries Department and IDB Lab) has partnered with Tech Beach Retreat to exploit the similarities in our visions for the Caribbean region. The IDB is also focused on harnessing new technologies and innovation to solve development challenges in the region. In particular, the digital transformation of states, solutions to mitigate the impact of climate change and strengthening of institutions to spur economic growth and development.

Given our shared goals, we are hopeful about what the success of Tech Beach Retreat could mean for the region. But for now, we settle into a weekend of discussing big ideas, on the beach.