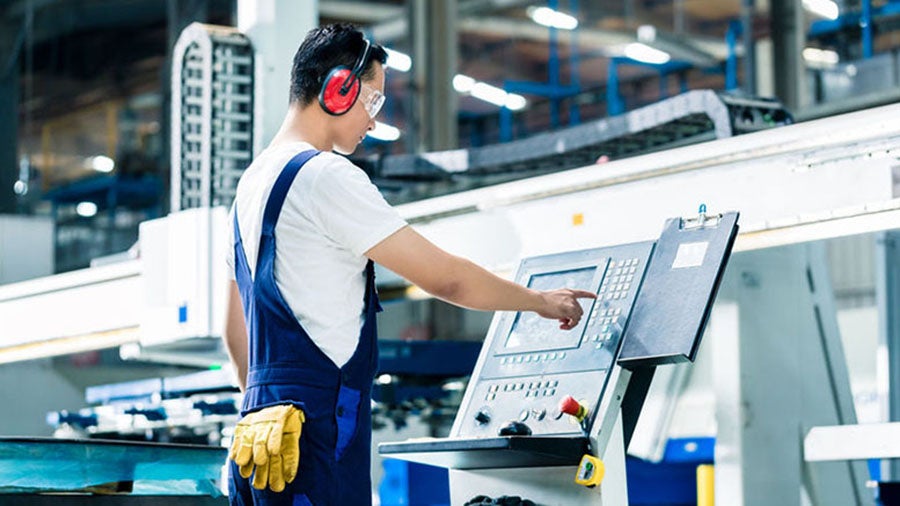 The nature of work is changing, and it’s no secret. In fact, it’s been changing for so long that history books have plenty of labels to reflect the different stages: the turn from Fordism to flexible accumulation, the rise of neoliberalism, and most recently the specter of automation through technology, particularly artificial intelligence (AI).

We know this presents challenges for workers, and at this point, reskilling has become a commonplace prescription. However, what really keeps me up at night, as Social Sector Manager for the Inter-American Development Bank, is thinking about how we can do better, rather than simply reacting to change. Instead of trying to catch up afterward, the question is,  “how can we proactively anticipate what is coming, and be prepared for it?” The answer is becoming clearer every day: We need to become more human-centered. Let me explain this briefly.

The future of work is inseparable from technological innovation. In the next few years, there will no longer be a separation between “technology” and everything else. The younger generations, known as ”digital natives”, already know this and live it, intuitively. However, that doesn’t mean that the need for humans goes away. It’s exactly the opposite – Humans possess the ability to empathize with, connect to, and work together with other humans (think about what education means in this context). In other words, the same abilities, which make people socially and emotionally intelligent, can also be what makes them able to adapt to rapid technological change. Digital natives are lifelong learners by default, constantly adapting because they always expect things to change very quickly.

This is the paradox of technological innovation: The more technology can do, the more human-centric we are free to become. If you think about it, until recently, humans performed the work of machines: picking crops from fields, pressing grapes for wine, sewing clothing, plowing, mining, logging, harvesting, recording and manually sorting through tons of data. All of this kept human beings focused on rote, mechanical, and often dangerous tasks which needed to be repeated over and over and over until they physically couldn’t labor anymore. As machines take over these tasks, at first, it’s frightening. This is because it’s hard for people to readjust to new ways of making a living. Technological innovation can feel like a disaster, and for the people who lose their jobs and can’t find anything else, it actually can be. However for humanity as a whole, in the long run, it frees people to focus on things, which can be much more rewarding, safer, and more effective than ever before.

So, how can we prepare workers for this major and ongoing shift to a human-centric economy? Of course, we need to retool systems of education, both formal and on-formal, to train people for the actual jobs that are waiting for them. Major investments in computer science, STEM, medical, social scientific, and business curricula must complement real-world experience in apprenticeships, internships, jobs, and entrepreneurship. And, as lifelong learners accumulate these experiences and move from one context to another, their past learning and skills need to be verified. This is because workers in a human-centric economy are engaging in high-trust work. Building human relationships is all about building trust, and that starts with how you represent yourself to others.

This is where technology comes in, yet again: The blockchain can be used to certify skills in a way that workers own and can share with anyone they choose. Any employer, government, school, or anyone else can verify, with the click of a button, that a person’s qualifications are real, that they belong to them, and that it can be verified with the issuing party. Initially, this can seem like a small thing, but for a human-centric economy, it’s crucial. Today, skilled people who move from one University to another, one government Ministry to another, one country to another, often have to start from scratch or can’t advance because they can’t verify their qualifications and experience in their new place of residence. This results in a massive waste of human capital and holds back the global economy.

Most importantly, for governments trying to make strategic decisions about where and how to allocate funds, using the blockchain to credential skills is a quick win. There are plenty of problems in the social sector, which are extremely expensive and difficult to solve. However, we already have working solutions for blockchain-based credentialing. These solutions are being used today, such as Blockcerts, an open standard developed by MIT and  Learning Machine, which is being used by countries like the Republic of Malta (and soon, by The Bahamas). For digital natives, receiving digital credentials they truly own and can verify anywhere is a no-brainer. Their only question is, (in the words of the Minister for Education and Employment from Malta, Hon. Minister Bartolo) “why hasn’t this been done already?”

Therefore, as countries prepare for a future of increased automation, rapid technological progress, and the increased value of human skills, one of the best ways they can prepare is by giving lifelong learners credentials they own, instantly verifiable anywhere. That’s how you build a new economy – where trust is more important than ever before.

Read the blog in Spanish.

Marcelo Cabról, an Argentinian citizen, was appointed Manager of the Social Sector (SCL) at the Inter-American Development Bank (IDB) in August 2017. Prior to his appointment, he served as the External Relations Manager (EXR) of the IDB.

As the responsible for all external communications of the IDB, Mr. Cabrol spearheaded a major modernization of the IDB’s communication activities. He led the creation of Demand Solutions, a business model that draws on entrepreneurial thinking and creative approaches to tackle problems in sectors such as public health, mass transportation, energy and citizen security.

Between 2007 and 2012, Mr. Cabrol was Chief of the IDB’s Education Division. In that role, he promoted projects that employed cutting-edge technologies to expand the coverage and raise the quality of education in Latin America and the Caribbean. He forged groundbreaking partnerships with several Fortune 500 corporations, renowned non-profit organizations, and academic institutions in more than 20 countries.

Prior to leading the Education Division, Mr. Cabrol served as principal advisor to the Executive Vice President of the IDB, providing quality and operational oversight of projects in the social sectors, state modernization, science and technology, and microenterprise. He joined the Bank in 1998 as a project specialist.

Mr. Cabrol is a citizen of Argentina. He obtained a bachelor’s degree in economics and political science from Universidad del Salvador in Buenos Aires and a master’s degree in public policy from Georgetown. He completed doctoral studies in government and public policy (ABD) at Georgetown.

Marcelo Cabrol has been manager of the social sector at the Inter-American Development Bank since 2017. He leads an interdisciplinary team convinced that the best investment Latin American and Caribbean countries can make is in their human capital. To that end, the sector works on public policies that reduce poverty and inequality through projects in education, labor markets, health and social protection. In all its work, the sector seeks to foster a more productive region that affords equal opportunities to men and women and is more fully inclusive of the most vulnerable populations. Marcelo has a bachelor’s degree in economics and political science from the Universidad del Salvador in Buenos Aires, a master’s in public policy from Georgetown University and a doctoral degree (ABD) in government and public policy from the same institution.