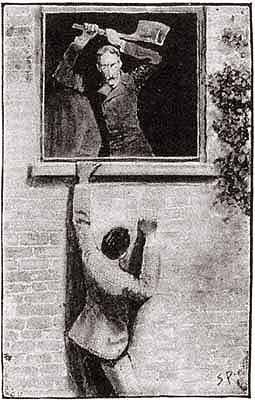 It’s very likely that you have a female relative, friend or acquaintance who has been the victim of domestic violence. In Latin America and the Caribbean, one out of every three women in a relationship has been the victim of sexual or physical violence by their husbands or partners (OMS, 2013). In some cases, this violence is accompanied by emotional violence, and breaking this cycle is more difficult when there is also economic dependence.

Domestic violence is the principal form of violence against women. Its silent and permanent character transforms it into a threat that, although invisible to society, undermines irreversibly the well being, freedom and integrity of the victims. In some cases, this violence even leads to death. Four out of every 10 murders of women in the Americas are committed by their partners (UNODC,  2013).

The consequences of the domestic violence are many, and the costs to society are enormous. They range from direct, immediate and long-term effects on the physical and mental health of the victims to a reduction in their productivity. This reduction affects not only the female victims but also the aggressors, with their workplace absenteeism and accident rate increasing after an episode of violence (World Bank, 2014). Domestic violence increases the possibility that children who witness violence at home will grow up to be either aggressors or victims.

The costs of providing physical and mental health, police and judicial services are huge (Morrison and Orlando 1999). It is estimated that the economic cost of violence against women in our region ranges from 1.6 percent to 3.7 percent of Gross Domestic Product. The economic and social cost of a life lost is incalculable.

Violence against women is not limited to the home, and takes place in public spaces such as means of transportation, plazas, parks, streets, workplaces and schools, among others, and in various forms such as sexual and physical violence. Women are frequently harassed in the public transport systems of many cities in Latin America and the Caribbean. The constant risk and fear of becoming a victim blocks access to rights and opportunities and is a barrier to the personal development of women and girls.

The InterAmerican Development bank hosted a discussion on Nov. 18 at its Washington headquarters  with three recognized experts from the region who shared their visions of the current situation of the violence against women, advances achieved and recommendations for the challenges that the countries face. The experts were:

Claudia Paz y Paz, former Guatemala prosecutor. Guatemala’s first woman prosecutor (2010-2014), She is known for her struggles against organized crime and human rights abuses. She created the MAI model for coordinated assistance to victims of domestic violence and violence against women, now implemented in Guatemala. In 2012 the magazine Forbes named her one of the five most powerful women changing the world, and in 2013 she received the Judith Stronach prize for human rights.

Jineth Bedoya, deputy director of the Colombian newspaper El Tiempo. A journalist, she was a victim of sexual violence and violence against women. When she went public in 2009, she launched the campaign, “No time to stop talking.” She supported the creation of a protocol ons sexual violence for the armed forces of her country. Three months ago she persuaded the president of Colombia to declare May 25 (the date of her kidnapping) as National Day for Women Victims of Sexual Violence. Two months ago she was recognized by the magazine Semana and the Leadership and Democracy Foundation as one of the 30 best leaders of Colombia in 2014.

Carlos Echarri, El Colegio de México. Research professor at the Center for Demographic, Urban and Environmental Studies (CEDUA), El Colegio de Mexico. Coordinator of the Program for Reproductive Health and Society, and of the Academic Center for Reproduction and Health (PROMEP). He is a member of a group that investigates complaints of gender violence in Mexico. Among his publications is “La Violencia Feminicida en México 1985-2010.”

Violence against women is an issue that concerns us all. And we can all be part of the change needed. We can help to break the cycle of violence, starting with making it visible. We can listen to a victim, eliminate the language that justifies aggressions, avoid rewarding those who consider themselves brave just because they use force, stop justifying the violence and stop accepting it as something  normal in our lives and the lives of those around us.

Violence against women in Latin America and the Caribbean is a priority concern for the IDB. Its prevention requires the participation of multiple actors who agree that the security and well being of women and girls are fundamental factors for the development of the region and all its people.

I want to be aware of the issue of violence against women, and be part of the change. And you?