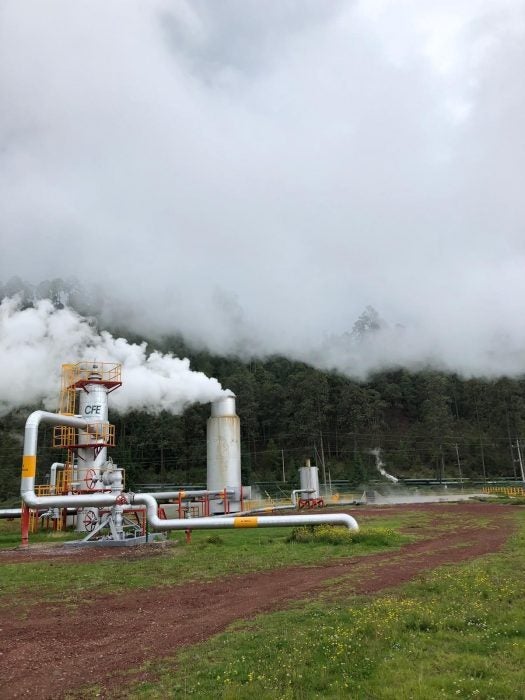 In order to develop geothermal power, abundant underground heat and steam is required, which is not that easy to find. At the same time, large investments are needed in assessing the resource, conducting exploratory drilling, constructing geothermal plants, and building transmission lines. Small Islands Developing States (SIDS), like those in the Eastern Caribbean, have the additional challenge that undertaking a large investment like a geothermal plant with their own funds could jeopardize their national macroeconomic performance.

The Sustainable Energy Program (SEF) for the Eastern Caribbean was designed to tackle both problems. The SEF uses the climate funds such as the Clean Technology Fund (CTF) and the Green Climate Fund (GCF) to mitigate the geothermal risks. These climate funds are used as contingent recovery grants (CRGs). That means that the developer receives the CRGs and if they drill and fail, the financing is treated as grant. However, if the geothermal exploration is proven successful, the CRG is transformed into a concessional loan and the developer repays the cost of the well by selling the electricity.

SIDS in the Caribbean do not have a large fiscal space to absorb more debt. The SEF recognizes these fiscal limitations as it was designed to attract private sector developers with the objective of forming public private partnerships (PPPs) between the SIDS and the geothermal developers. The private sector developer would bring experience, cash, and know-how, while the governments would provide land, the necessary license to operate, and access to concessional funding, with the agreement that all the “concessionality” obtained by the SEF must be reflected in Power Purchase Agreements as well as in the tariff to end-users.

The SEF seeks to contribute to transform the energy matrices of five SIDS in the Eastern Caribbean, transitioning the region’s current energy baseload from high-cost and carbon-intensive fossil fuels to renewable and affordable energy, such as geothermal power.

Geothermal power is not affected by hurricanes, flooding, or drought, among other extreme weather events. Geothermal power presents a unique feature of very high energy density, which means that a significant amount of power can be obtained in a relatively small area which would allow Eastern Caribbean states with geothermal potential to meet their domestic energy demand and export their surplus power to the neighboring islands.

In synthesis, the SEF programme will promote geothermal power without adding more debt to the public sector, while mitigating the risk of failure during the drilling process. The SEF program will maximize carbon emission reductions by replacing fossil fuels with baseload and renewable geothermal power. Finally, the SEF programme will provide these five Eastern Caribbean nations with more resiliency to extreme weather conditions, will fulfill their domestic energy demands, and will allow them to export surplus power to the neighboring islands at a very competitive price.

Mr. Gischler is the focal point for sustainable energy within the Inter-American Development Bank (IDB), with over 15 years of experience in the energy and environmental sector in Latin American and the Caribbean (LAC). He is the practice leader for geothermal energy projects and regional energy initiatives using climate funds at the IDB Energy Division. He has designed, developed, executed and structured financial initiatives for over US$ 3.7 billion promoting sustainable energy in LAC.