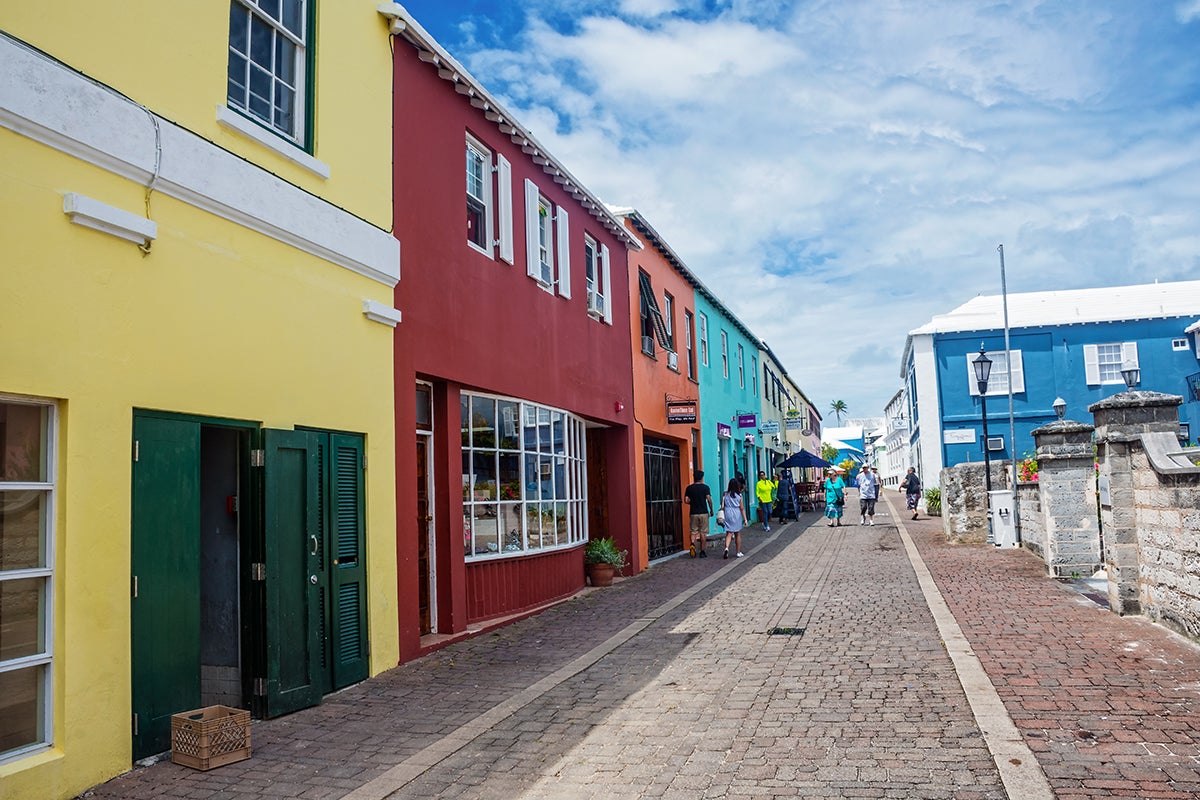 On my recent trip to Bermuda in November 2017, invited by the government of Bermuda to participate in the Bermuda Energy Summit 2017, I was able to experience first-hand how that island has adapted to withstand the frequent storms, hurricanes and droughts throughout many decades.

Another important feature is the streetlight poles that are shorter in height than the traditional ones, and are designed to withstand category 5 hurricanes.

Second, the building codes in Bermuda have been adapted to be resilient to climate change. The choices for constructing a house or an apartment are concrete or stone. No wooden construction is allowed. The roof has to be tiled, painted and protected with a characteristic white hard covering that prevents the wind damage as shown in the photos  of a church and a  shopping mall on the right.

The white roofs of Bermuda are a unique feature of the island, but they also serve another purpose: they collect rain water. Below every house on the island, there is a water tank that needs to be at least 8 times the size of the catching area. Every roof is designed to catch water as shown in the photos below.

Third, are the measures in the electricity sector. For example, the heavy fuel oil generators are to be elevated over concrete blocks at 4.5m from the ground, to ensure power during floods or sea level rises. Also, solar-distributed generation is encouraged as long as the solar photovoltaic panels are appropriately anchored on top of the white roofs to avoid being blown away by hurricanes (see photo below).

Power generation with renewable energies and natural gas as a transition fuel towards renewable energies also play a very important role in terms of energy security and resilience. In the same sense, electric mobility is also being promoted in Bermuda and several Caribbean islands, starting with BELCO’s fleet as shown in the photo below.

Electric mobility powered by renewable energy is the future for public and private transportation in the Caribbean. This measure would not only reduce dependency on fossil fuels, but would also allow vehicles to be operational during periods when fuel is not accessible, for example in the aftermath of hurricanes like Irma and María.

Last, Bermuda has taken additional preventive measures: The Bermudians have a command and control center protected from storms and flooding; 24/7 storm monitoring to have enough time to prepare; preparation drills twice a year; specialized personnel training; and last but not least storm proof schools that can operate during and after the hurricanes without experiencing power and water outages.

Bermuda can be a great example for climate and energy resilience for the rest of the Caribbean!

*Blog and Photos by Christiaan Gishler – Infographics by Lynn Saghir

Christiaan Gischler is the Lead Energy Specialist at the Inter-American Development Bank (IDB). He is the focal point for sustainable energy within the Inter-American Development Bank (IDB), with over 15 years of experience in the energy and environmental sector in Latin American and the Caribbean (LAC). Currently, he is leading several initiatives and promoting sustainable energy projects and programs throughout LAC, particularly in renewable energy including geothermal power, energy efficiency, bioenergy and climate change mitigation. Mr. Gischler has work with Global Environment Facility (GEF), Clean Technology Fund (CTF) and more recently with the Green Climate fund (GCF) in climate change mitigation, for energy projects in the LAC. He is the practice leader for geothermal energy projects and the leader for regional energy initiatives for the Caribbean in the IDB Energy Division.