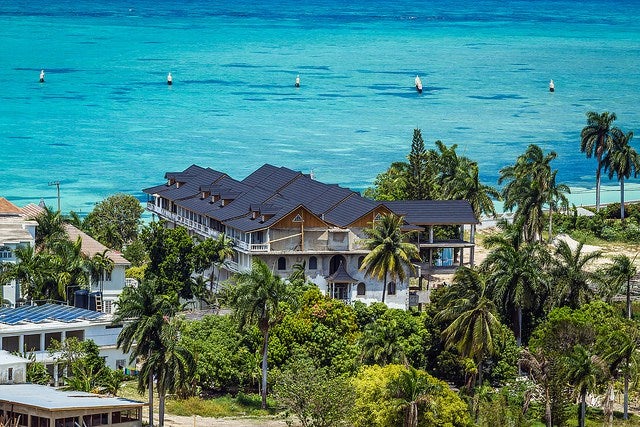 The Caribbean energy sector is ripe for change – its long-standing dependence on fossil fuels has ensured that citizens pay some of the highest energy rates in the world.  However, by making a commitment to changes in infrastructure, investment in sustainable energy, and the modernization of the legal and regulatory framework, the region can move towards a more sustainable future.

The precipitous drop in oil prices provides the region with the unique opportunity to invest in cleaner energy technology. Although, of course, the drop in prices offers these countries a welcome respite to the normally high cost of energy, it is also a reminder of how dependent the region is on volatile oil prices. At the Caribbean Renewable Energy Forum on October 20th, 2015, Inter-American Development Bank (IDB) President Luis Alberto Moreno noted, “I believe we have a window of opportunity to address the Caribbean’s energy problems, a key factor hindering your region’s competitiveness, its living standards, and its long-term prospects.”  President Moreno presented a vision for using some of the savings from the drop in oil prices to finance the transformation of the Caribbean energy sector.

To take advantage of this window of opportunity, the Caribbean Development Bank and the IDB are financing a $71 million Sustainable Energy Facility for the Eastern Caribbean Program. The program will contribute to the diversification of the energy mix in the six Eastern Caribbean Countries in an effort to reduce the cost of power generation and electricity tariffs. It will do so by promoting the implementation of Energy Efficiency and Renewable Energy technologies to reduce the Eastern Caribbean region’s dependence on liquid fossil fuels. The program supports the goals of the Sustainable Energy for All Americas initiative, which works to promote universal energy access, doubling energy efficiency, and doubling the use of renewables in Latin America and the Caribbean.

The program will promote energy efficiency measures and improve upon such successful initiatives as the Caribbean Hotel Energy Efficiency and Renewable Energy Action Program, which sought to increase energy efficiency in the tourism industry and to invest in wind and solar technology. While it is true that these types of clean technologies do have limits, Caribbean countries can ensure a stable power grid by investing in complementary baseload technologies.

Energy efficiency is one of the smartest investments Caribbean countries can make given the high return on investment. Barbados, for example, has already invested in retrofitting public lighting and it has seen a drop in energy bills. Other governments in the Caribbean are interested in copying the model, because they have seen the positive impact such measures have on communities in terms of providing more affordable and efficient public lighting.

The $71 million SEF program in the Eastern Caribbean States will finance several energy options, including geothermal energy explorations to determine the untapped potential of several small volcanic islands. In addition, it will explore the advantages of having larger Caribbean nations switch to LNG, which is cheaper and cleaner than the bunker fuel that is currently used throughout the region.

In order to achieve a more diversified and sustainable energy mix, the entire region will need to change legal and regulatory frameworks to encourage the private sector to be a partner in these projects, either through direct investments or via public-private partnerships. Several Caribbean countries have already started to implement such reforms, and they are laying the groundwork for a more sustainable energy future. For example, Jamaica has started working with its private sector to explore the idea of importing natural gas, a step which would help diversify the energy mix.

Ariel Yepez is the Energy Division Chief at the IDB. In this role he is responsible to identify, propose and implement energy projects that promote the sustainable development agenda for Latin American and the Caribbean.

*This article was first published on Energy Now.