Ariel Yépez is Chief of the Energy Division at the Inter-American Development Bank (IDB). In this position, Ariel is responsible for identifying, proposing and implementing energy projects that promote a sustainable development agenda in Latin America and the Caribbean. Prior to joining the IDB, Ariel worked at the World Bank as a Senior Energy Economist. Ariel has also served as General Director of Revenue Policy for the Ministry of Finance in Mexico and Deputy Director of Economic Planning for Petroleos Mexicanos (PEMEX). Ariel also served on the IDB Board of Directors. He received a Ph.D. in economics from the University of Chicago and has published several articles and books on energy and public finance. Recently, Ariel published a regional report about the challenges of the energy sector in Latin America and the Caribbean and another report about the vulnerability of Latin American and Caribbean countries to fluctuations in oil prices. 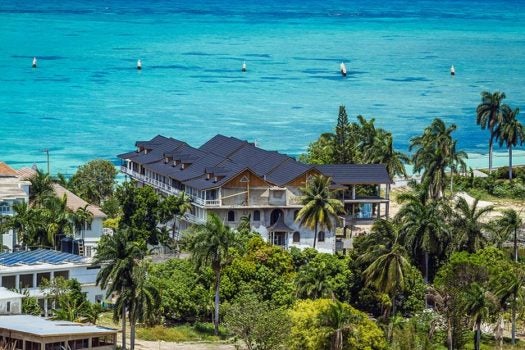 Photo: IDB Sustainable Cities, Solar energy project in Jamaica. The Caribbean energy sector is ripe for change – its long-standing dependence on fossil fuels has ensured that citizens pay some of the highest energy rates in the world.  However, by making a commitment to changes in infrastructure, investment in sustainable energy, and the modernization of the legal and … END_OF_DOCUMENT_TOKEN_TO_BE_REPLACED