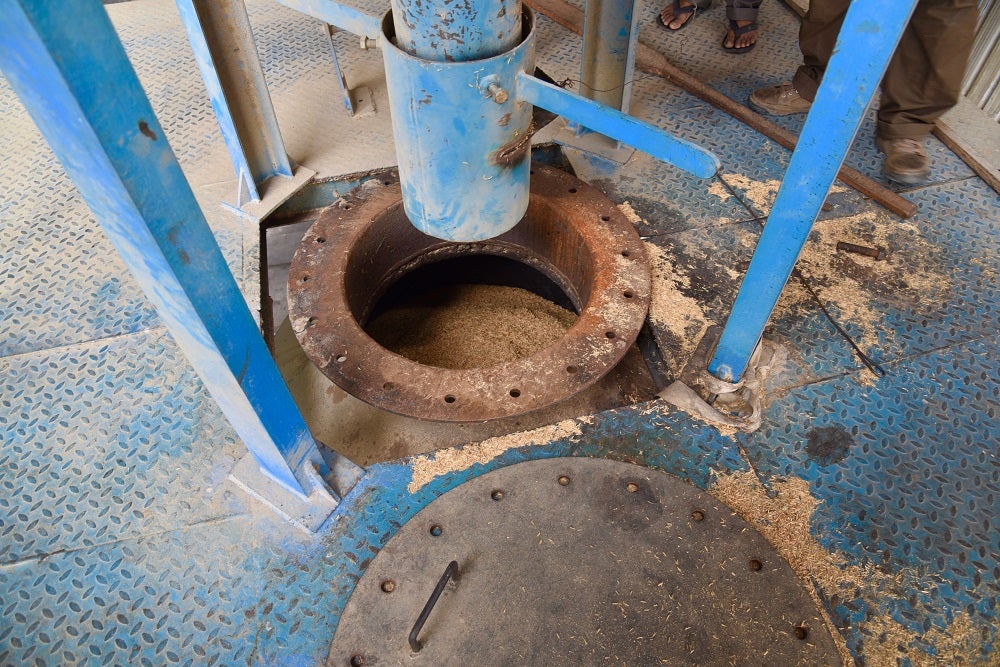 Many agroprocessing activities require significant amounts of energy to produce the food and beverages we consume.  In the case of rice milling, energy is needed to dry unhulled rice to an ideal moisture level of 14%, to separate the husk from the grain, to polish the grain, and in some cases to parboil the grain, and then bag the rice.  According to the Guyana Rice Exporters and Millers Association, energy constitutes 20-22 percent of all costs, excluding the cost of purchasing paddy from individual rice producers.  The typical energy requirements in rice mills are heat generation and electricity: heat to dry the raw material and operate boilers and electricity to operate machines that peel, sort and pack.

In Guyana the cost of electricity averages 31 US$ cents per kilowatt hour (kWh) which is considerably more than .12 US$/kWh in the United States and the .08 US$/kWh in India and above the typical .20 US$/kWh for the rest of Latin America according to 2011 data.   In addition, fluctuations in voltage are common in Guyana, and large spikes can damage machinery and lead to reduced lifespans for the equipment or the need for more frequent repairs and capital expenditures, all of which add to operational costs of any industry and reduce productivity and profitability.

Considering the disadvantages of acquiring power from the grid, most rice mills in Guyana rely on standalone power generation based on fossil fuels, which is an expensive alternative.  A U.S. gallon of diesel costs US$3.51 in Guyana and diesel generators are not known for efficiency.

One rice miller in Guyana, Ramesh Ramlakhan, decided to lessen dependence on diesel fuel and reduce energy costs.   He invested in a gasifier that produces 350 kWh of electricity by burning 350kg/h of rice husk, a “waste product”.    The investment is paying off handsomely, reducing the consumption of diesel fuels by 60%: the generator consumes 55 gallons in 4 hours when running on diesel only, whereas while using syngas it consumes 20 gallons in the same time. The systems’ energy efficiency could be improved if the diesel generator were replaced for a gas one.

The rice husks represent a problem for the millers who need to transport the husks for open burning in the fields, generating an additional operational cost and emitting greenhouse gases that produce global warming, with no benefit.

Thermochemical gasification is essentially a partial oxidation process wherein carbon rich material is converted into a synthesis gas composed mainly of carbon monoxide (CO), methane (CH) and hydrogen (H) along with contaminants such as tars, char, and ash.  The mix of gases is known as a ‘producer gas’ or ‘syngas’.   The gas can then be used to produce heat or to run machines; it can also be used as a feedstock for petrochemical and refining industries

The fundamental elements of gasification to energy plant include

Additionally, a heat recovery system can be installed allowing for the use of the otherwise wasted heat energy.

The use of bioenergy is a viable means to improve energy efficiency and reduce greenhouse gas emissions.  Multilateral development institutions and bilateral donors can do much to popularize this technology. The technology is highly scalable and can be used from small scale—a stove, to medium-scale– power for one processing plant; to large scale as a source of energy for entire communities or for selling to national grids.  Multiple examples of large scale power and heat generation based on biomass are available in Europe (Spain, UK, Germany, and Italy), Turkey, Viet Nam, India and the US.  This is a technology worthy of further study and application in the LAC region, especially in the Caribbean where energy costs are so high.

Luis Miguel is a forest engineer from Universidad Nacional Agraria La Molina, in Peru; has a BSc in forest science, and a MSc in forest resources conservation from the same university, a diploma on environmental resources management & sustainable development from Hiroshima University, and a diploma in forest certification from Swedish University of Agricultural Sciences. Has worked in more than a dozen countries and his areas of expertise include climate change, natural resources policy and management. Among other positions, has been the technical coordinator of the General Directorate of Forestry and Wildlife in Peru, lead auditor of FSC forest management and forest chain-of-custody projects, forestry expert and validator/verifier for CDM and VCS emission reductions projects, programs of activities and REDD+ jurisdictional programs. Currently works as a consultant for the Climate Change Division of the Inter-American Development Bank.