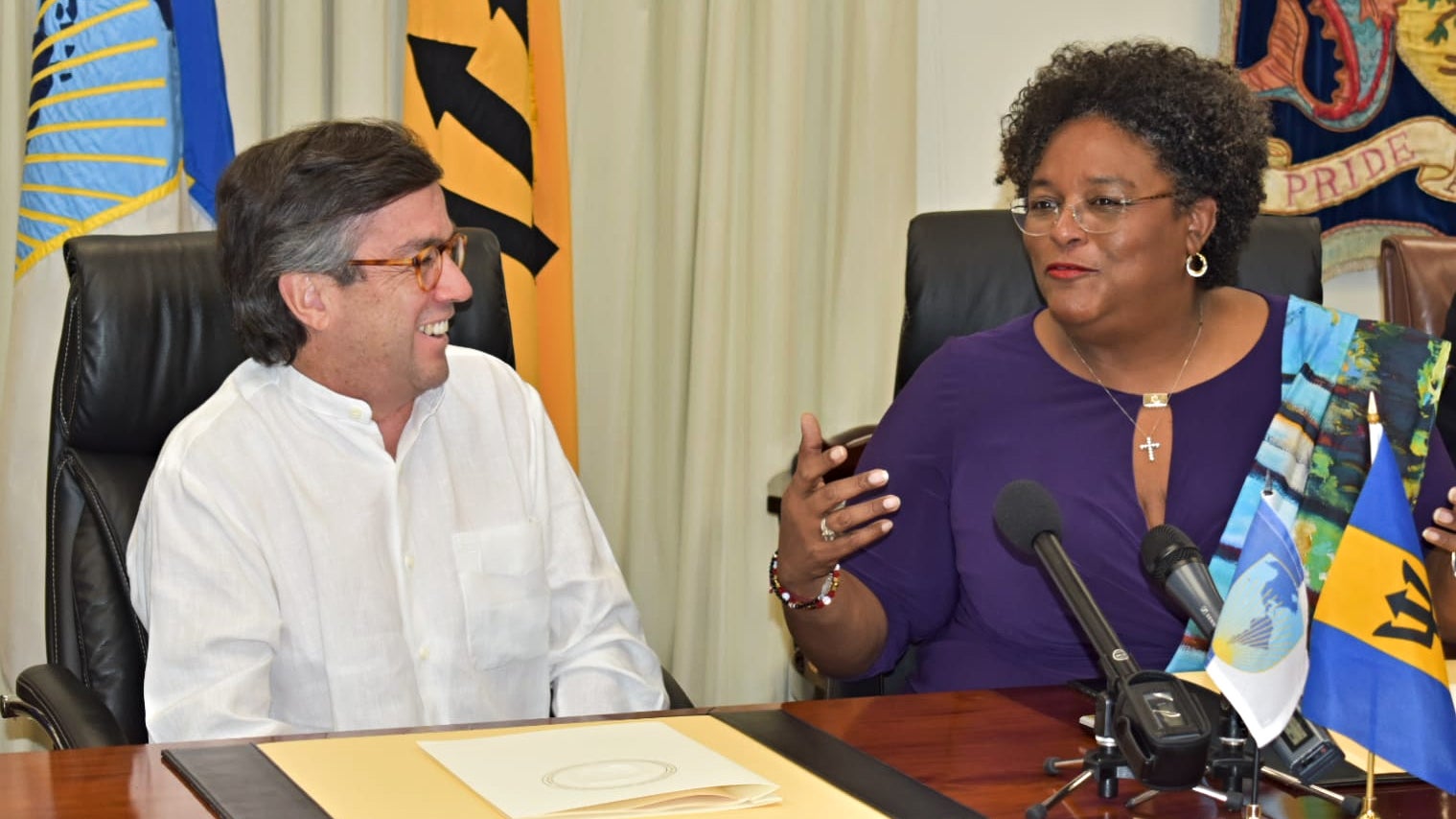 An election year is always a very active period for the Inter-American Development Bank. Even when an incumbent administration is returned to office, this period signals that it is time for a new Country Strategy to be prepared, with new areas of intervention, goals and expected results. In Barbados, the general election on May 24th , 2018 was no ordinary change in government and so, it could be no ‘ordinary’ election year for the Bank. In just a week after the elections, it was clear that the second half of the year was not only going to be radically different than the first half, but that the decisions and actions taken during this period would be critical for the immediate future of Barbados.

The Mia Mottley-led Barbados Labour Party swept into office on a powerful tide, in which they claimed all parliamentary seats. Riding on that momentum, the new administration swiftly set about defining its agenda. Prime Minister Mottley released the previously undisclosed 2017 International Monetary Fund (IMF) Article IV report for Barbados which revealed the severity of the economic situation – critically low foreign reserves and serious concerns about the sustainability of the debt. Consequently, on June 1st, Prime Minister Mottley announced two crucial measures: the suspension of payments of debt obligations to external commercial creditors, and the request to the IMF for an exploratory mission with a view to entering a Fund program.

The IDB promptly engaged with the new government to support its ambitious reform agenda. On June 20th, IDB’s President Luis Alberto Moreno, paid an official visit to Prime Minister Mottley, during which the two leaders defined a common course of action for the Bank to support Barbados. The result was a plan that set the foundations for a renewed partnership, tackling both urgent, short-term needs as well as long-term priorities. It included (i) rapid mobilization of emergency lending resources; (ii) strengthening the execution of the existing active portfolio to maximize delivery in key investment areas; and (iii) engaging in a comprehensive sector and economic dialogue to design the Bank’s new country strategy with Barbados for 2019-2023.

Six months later, the results of this collaboration are promising.

Firstly, in coordination with the IMF, and its Extended Fund Facility (EFF) for Barbados, and under the aegis of the Government-led Barbados Economic and Recovery Transformation (BERT) program, the Bank approved in November a Special Development Lending (SDL) for US$100 million – equivalent to 2% of the country’s Gross Domestic Product (GDP) and representing the largest IDB operation and disbursement in Barbados. Secondly, the performance of the execution of the Bank’s active investment portfolio for Barbados more than doubled from last year: whereas in 2017, the Bank disbursed US$12 million, in 2018, the Bank disbursed almost US$25 million in crucial areas such as road rehabilitation, renewable energies, support to small and medium enterprises, competency-based training, coastal management and climate change resilience. Taking into consideration budget support resources (the SDL operation), total disbursements of the Bank in Barbados equaled US$125 million in 2018; over 1000% more than the previous year. Thirdly, the Bank and the Government, in consultation with civil society, have greatly progressed in the preparation of a new Country Strategy, which is expected to be approved by February 2019. This new partnership document will define new areas of collaboration, as well as a substantial lending envelope to effectively back an ambitious operational program for the coming years.

Although the challenges ahead remain significant, the achievements of the government in such a short period of time are encouraging. The successful completion of the domestic public debt restructuring has been key in lessening the debt service burden. Barbados’ international reserves have more than doubled since May, helping to restore confidence in the country economic outlook. A range of significant structural reforms are in progress, for both adopting a sustainable macroeconomic framework and boosting the growth and competitiveness of the economy.  To that end, the Bank’s business plan for 2019 already looks robust, with a pipeline of new lending operations in the areas of sustainable energy and public sector modernization. We also expect to diversify our instruments, with a sound combination of lending products – investment loans, policy-based loans, credit lines – complemented by technical assistance and knowledge products.

In praising the IDB’s long-standing support throughout Barbados’ history as an independent nation, Prime Minister Mottley reminded President Moreno of the adage: “A friend in need is a friend indeed”. We remain bound by this sentiment, and committed to honoring it now and in the future.

Francisco Javier Urra is the Chief of Operations at the Barbados Country Office of the Inter-American Development Bank (IDB), based in Bridgetown, Barbados, in charge of the of the IDB sovereign-guaranteed portfolio and operational program for Barbados and the Eastern Caribbean countries. Previously, he served as Senior Operations Specialist - Country Coordinator for Colombia and Peru at the Andean Countries Department; Senior Public-Sector Management Specialist at the Brazil Country Office; Public-Sector Management Specialist at the Peru Country Office; and Research Fellow at the Office of the Presidency. He joined the Bank through the Young Professional Program (YPP). Mr. Urra holds Masters degrees from Georgetown University in Foreign Service and International Development (MSFS/ID), and from Pantheon-Sorbonne - Paris 1 University in International Administration. He earned his Bachelor’s degree in Political Science & Public Administration from Complutense University of Madrid. Fluent in English, Spanish, French and Portuguese, he has published on Development Finance, Public Governance, Public Financial Management, and Latin America and the Caribbean. Prior to joining the IDB, Mr. Urra worked at the World Bank in Washington, DC, the United Nations Development Program (UNDP) in Port-au-Prince, Haiti, and the UNESCO in Paris, France.