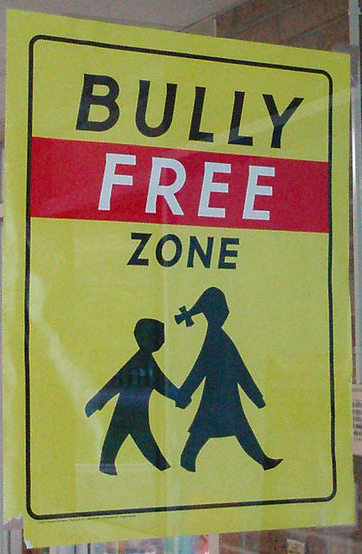 Bullying Prevention Awareness Month has ended and it is a good time for Caribbean schools and policy makers to take stock and improve current efforts to reduce and prevent bullying.  A recent IDB Policy Brief, “Mothers Are Right: Eat Your Vegetables and Keep Away From the Girls (Boys): Bullying Victimization Profile in the Caribbean” (Ruprah and Sierra, 2014), contributes new information on the size of the problem and the profile of the victims in the Caribbean region.  This information, together with the growing body of international evidence on what works to reduce bullying ( See for example Merrell et al. 2008; Farrington and Ttofi 2009; Bradshaw et al. 2010 and others) and new tools for practitioners (See for example the American Health Association’s A Public Health Approach to Bullying Prevention, 2014), give Caribbean schools and policy makers most of what they need to effectively address the issue.

The first question often asked in the region is ‘Is bullying that big of a problem?’.  The simple answer is yes. A substantial international body of evidence shows that bullying is harmful to the whole school community (See for example Ttofi & Farrington 2008, Copeland et. al 2013, Wolke et.al 2013, Farrington, 1993). Bullying others and being bullied are associated with poor social and academic adjustment, risk of carrying a weapon to school, fighting and substance abuse. Kids who are bullied have been found more likely to develop anxiety, depression, low-self-esteem, loneliness and suicidal thoughts. Bullies themselves have increased risk of substance abuse, antisocial, criminal and violent behavior.  The probability of offending, up to 11 years later, is much higher for school bullies ( Ttofi et al. 2011).  Even just witnessing bullying can produce a low sense of safety and negative feelings about the school environment.

1. Clearly define the size and scope of the problem

Using data from the Global School Health Survey, the recent IDB policy brief (Ruprah and Sierra, 2014) finds that about 29% of teenagers are bullied at school in the Caribbean.  Both Guyana and Jamaica have prevalence rates that are above the world average (37%).  Although this information is a good start, far more research is needed to understand where prevalence rates might be higher by school district, school, grade level, age and gender.

The policy brief also helps identify some of the characteristics associated with being at higher risk of being bullied. Victims in the Caribbean were found to be lonelier, sleep less, and have fewer friends than their non-bullied peers.  They eat more fast food, experience more periods of hunger (a proxy for poverty), smoke more frequently and are less likely to be virgins. These findings can be used to develop more targeted initiatives for bullying victims.  However, more research should be explored to yield further findings, controlling for more variables, on both the victims and on the bullies themselves.  Regarding potential protective factors, the authors found that for kids whose parents used good parenting practices, it reduced their risk of being bullied.  More studies like this are needed to examine other protective or risk factors, which may be particular to Caribbean countries, in realms of school and home environment, as well as peer influence.

An Evidence –based Program (EBP) implies that the program has been around for a while and has been evaluated in a professional manner (See examples in Farrington and Ttofi 2009). Why use EBPs?  Research shows that some common sense solutions (such as conflict resolution and peer mediation, group treatment for bullies and simple, short-term actions) do not work, or may even make the situation worse.  On the other hand, a systematic review of 44 well designed programs world-wide found that on average these programs were able to decrease bullying 20-23% and victimization by 17-20% ( Farrington and Ttofi 2009, 69).  Programs that have been shown to be successful, such as the Olweus model in particular, should be modified in light of what is known about bullying in the local context and the program elements found to be most effective in international studies.  For example, including parent training/meetings and disciplinary methods in longer more intense programs has been associated with better results. Programs were found to be more effective with older children and researchers suggest including playground supervision, family involvement and targeted skill development for bullies and victims. Finally, it is essential to monitor and evaluate program implementation and results.  A lack of evaluation can all too easily result in a false sense of accomplishment and allocation of scare funding to ineffective programs.