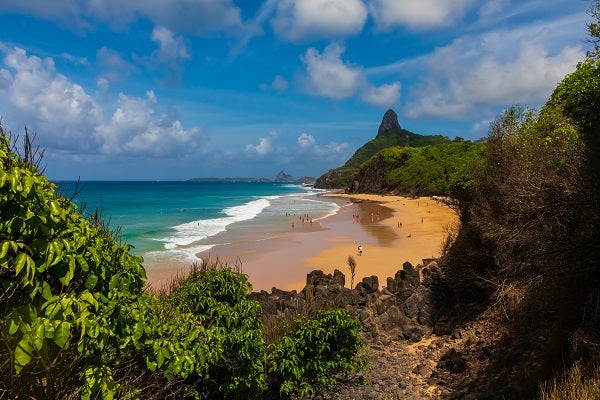 Although Marine Protected Areas (MPAs) are an important policy instrument to ensure biodiversity conservation in coastal and marine areas and to help marine ecosystems adapt to climate change impacts, they should be regarded only as one of the tools within a comprehensive policy and regulatory framework. Many environmental institutions in Latin America and the Caribbean (LAC) – and the world – seem to consider this mechanism as the ‘holy grail’ for protecting marine biodiversity; however, MPAs are not by themselves the ultimate solution. Scientific studies show that establishing MPAs (either full or partially restricted) increases the biomass, abundance, and average size of exploited marine species, inside and outside its boundaries[i].  If well designed, MPAs can also offer a nature-based solution to help ecosystems and people adapt to the effects of climate change in the oceans and coastal areas[ii].  Nonetheless, despite these advantages, there are also shortcomings to MPAs derived from their inherent limitations:

Financing the management of MPAs is also a major challenge, which may result in “paper parks” with virtually inexistent on-the-ground protection measures[vii]. Gill et al. (2017) found that staff and budget capacity are the strongest predictors of conservation impact. They concluded that continued global expansion of MPAs, without proper investment in human and financial capacity, is likely to lead to sub-optimal conservation outcomes. There are even studies such as that of Petit et al. (2018) whose results lead us to ask if it is sustainable to increase the number of MPAs when there is evidence that the existing support for the current ones is insufficient to meet the minimum requirements for full implementation.

All these results are also a counterargument against those who plead that expanding the limits of an MPA is the best solution to improving its efficiency. For instance, Kuempel et al (2017) demonstrated that resources should be invested mainly in monitoring, control, and enforcement of activities – and not in the expansion of MPAs. The authors concluded that in most cases, investing simultaneously in oversight and expansion is the optimal decision. However, in MPAs with scarce financial resources relative to the area they cover, and therefore limited control, Kuempel et al (2017) proposed a counterintuitive solution: to reduce the size of the MPAs and/or strategically concentrating law enforcement efforts to yield the greatest conservation benefits.

Many MPAs are created as command-and-control mechanisms, without a clear understanding of the impacts in the triple bottom line of their stakeholders. This lack of foresight can lead to political economy issues that may compromise the survival of MPAs[viii]. Hence, a governance system that integrates the voices of all stakeholders is paramount for both the optimal functioning and the intertemporal sustainability of any Marine Protected Area[ix]. Research is increasingly demonstrating that social engagement is key to successful MPAs[x]. According to Fox et al. (2011), an MPA is more likely to attain its conservation targets when there are policies that:

Furthermore, even when MPAs are well-designed and overseen, their managers usually lack authority over the activities outside the borders of the MPA, and therefore cannot address their negative externalities on the ecosystems, especially in high seas[xiv]. For this reason, it is also recommended that the MPA design and management processes be framed within a Marine Spatial Planning (MSP)[xv] mechanism that also considers what is called Ecosystem-Based Management (GBE)[xvi] approach, as it is recommended in the IDB’s Environment and Biodiversity Sector Framework. MSP aims at managing the conservation and sustainable use of marine ecosystems, through a scheme of defined areas for fixed activities. MSP considers all the existing and foreseeable future needs for the marine environment in a holistic way. Moreover, MSP seeks to address issues of fragmented governance in marine settings and considers that stakeholder participation is key in the design and implementation of MPAs [xvii]. MSP could also be strengthened through an EBM approach, focusing on managing human activities to ensure biodiversity conservation, and maintaining ecosystem function in the long run[xviii].

In conclusion, MPAs are important for marine protection, and their establishment has yielded undeniable biological and financial benefits around the world. Yet, evidence shows that MPAs are prosperous only if they are enacted based on scientific evidence and if they engage their stakeholders in the decision-making processes. It is also vital to recognize that MPAs would benefit more if they were part of a broader framework, like MSP, that encompasses a broad range of marine policy tools. In other words, MPAs will only be successful if they are considered as one of many possible marine policy tools that can be established (even simultaneously), and not as the ultimate panacea.

Isabella Marinho is a consultant for the Climate Change and Sustainable Development Division at the Inter-American Development Bank (IDB). Before joining the IDB Isabella has worked in non-profits and academia supporting research for both climate and social causes, including habitat fragmentation of tropical rain forests, early learning development programs in Brazil and distance learning education. She holds a Bachelor’s degree in Environmental Studies from The New School for Social Research in New York.