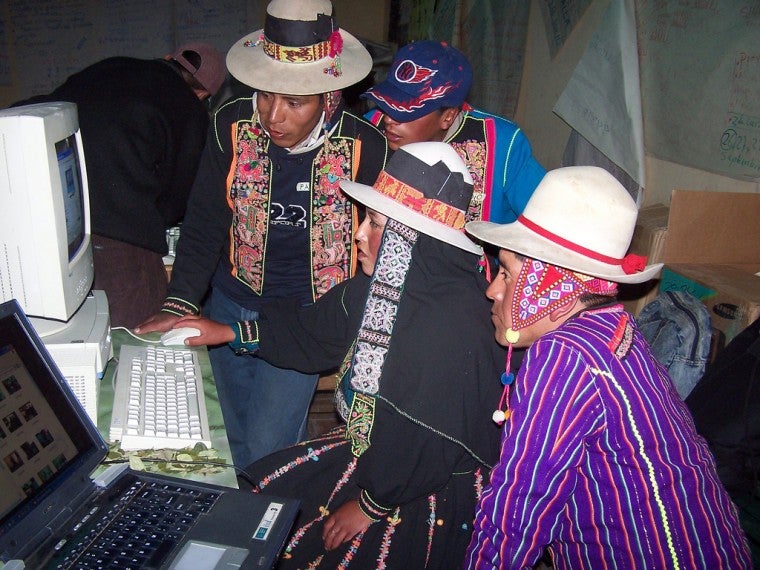 The first part of a two-part blog series on using community members to monitor projects.

Participatory monitoring is the term used to refer to engaging community members in overseeing the projects that impact their lives. It is typically used in projects that:

The goal behind this type of community engagement is to break the cycle of “he said, she said” and “I don’t trust you” so that communities can see the projects up close for themselves and be able to draw their own conclusions.  For example, in the case of a controversial fractionation plant and its marine terminal in the Peruvian coast, fishermen adamantly believed that the undersea pipeline could potentially harm the fishes that they depended upon for their livelihood.  To help assuage their fears, a participatory monitoring program was established with fishermen representatives aboard each boat during the monitoring activities, and public meetings to disclose the results after each monitoring visit. This monitoring allowed the fishermen to see that the plant and terminal did not, in fact, negatively impact the fish.   .

Establishing trust between the companies and the communities is important not only for avoiding conflicts, but also to increase the direct benefits to the affected communities. In situations with high risks, misinformation and mistrust can easily turn a small, even unrelated issue into something potentially more contentious. This was the case of the Peru LNG project in 2008. Some portions of the Peru LNG natural gas pipeline would be built parallel to the Camisea project in the Peruvian Andes and affect the same communities that had been affected by the previous project. As a precautionary initiative, the Company developed a Participatory Socioenvironmental Monitoring Program (PMSAP) with the communities along the right-of-way (ROW) of its natural gas pipeline.

The program was administered by an independent third party with monitoring experience at Camisea, PRONATURALEZA .  Community monitors underwent one-week training on how to perform activities such as inspect for erosion, proper waste disposal, water quality, etc. All the relevant information, including the summary of findings, and actions taken to solve any shortcomings identified as a result of monitoring activities, were publicly posted on a webpage. The results were discussed in community meetings to receive feedback.

A 2007 IDB study indicated that there is now increasing recognition of the benefits of participatory monitoring in environmental and social matters from project sponsors, civil society, communities, government and financial institutions. The study also found that the design and implementation of the system depends on context. As a result, the process of engaging with the stakeholders themselves to develop a participatory monitoring system is often more important than which model is ultimately used.

Stay tuned next week for next week’s post on how to do participatory monitoring in your projects.