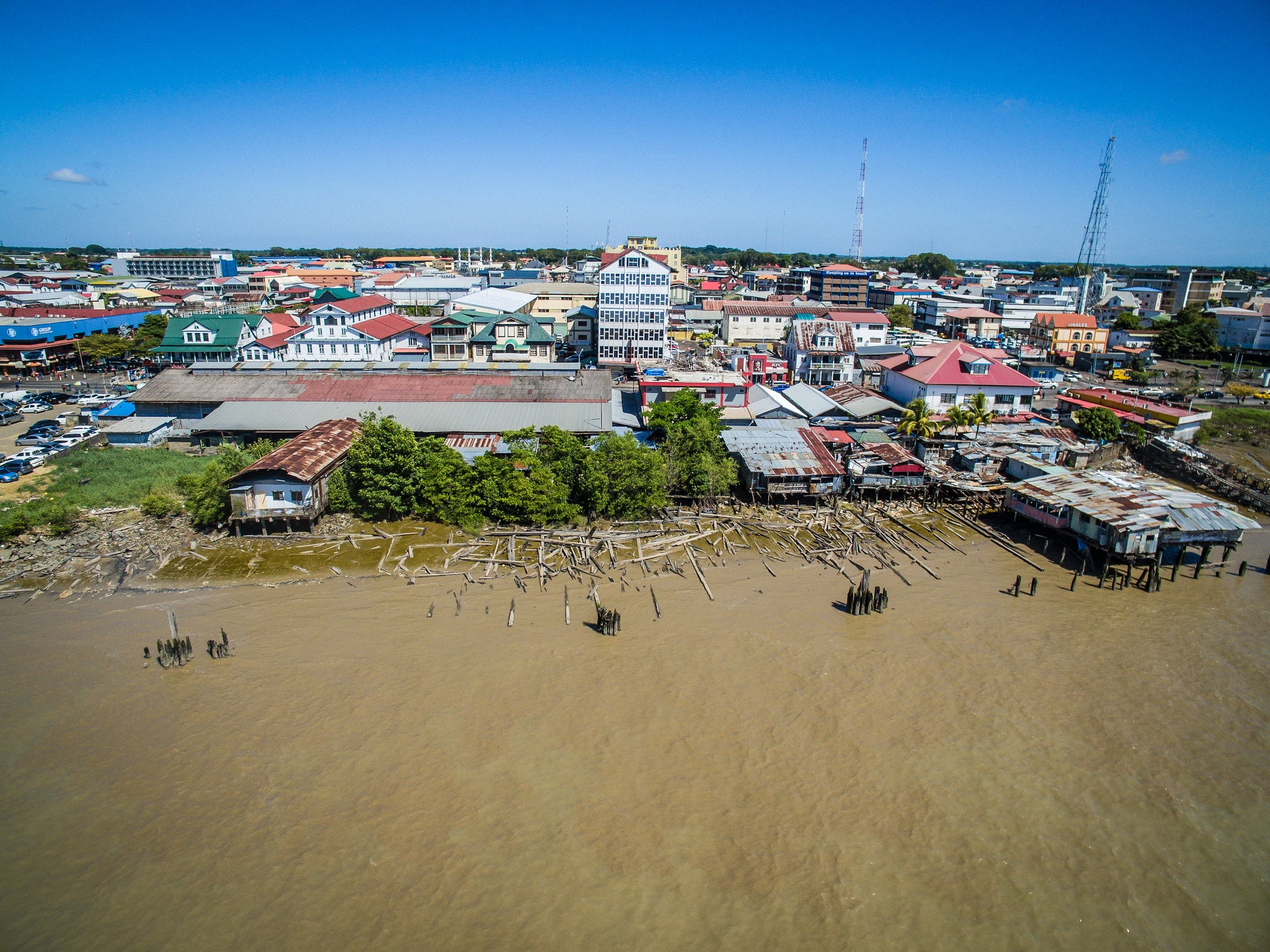 Suriname is undoubtedly one fascinating country as it is multicultural, multi-lingual, and even multi-gastronomic – which presents some exciting decision-making when it comes to food. But despite these assets, the country is also highly vulnerable, especially to the impacts of climate change and natural disasters.

In the country, sea-level rise particularly exacerbates this vulnerability since most of the population, economic activity, critical infrastructure and fertile land are located within the coastal zone, including the capital city of Paramaribo.

Estimates suggest that a 1-meter rise of the sea would impact over 6.4% GDP, 7% of the population, and 5.6% agricultural land. While sea-level rise may a major risk factor within coastal areas, it is expected that climate change impacts will also be significant risk factors to other parts of the country.

Fortunately, Suriname has been proactive and has embarked on a mission to better understand future climate change and its potential effects of sea-level rise, drought, and floods on its population and economy. This way, decision-makers in the country can determine the adequate measures to address these risks that could threaten the country’s sustainable development.

The IDB is supporting Suriname in mainstreaming climate change into policymaking.

The IDB has become a key partner to the Government of Suriname in this critical mission. Through technical cooperation support, the Bank supports the government in mainstreaming climate change into policy decision-making. One of the key outputs of this initiative is the State of the Environment Report (SoE).

The SoE analyses Suriname’s historical and future climate scenarios by looking at climate variables such as rainfall, temperature, wind, humidity, and sea-level rise. By establishing different time horizons, the report shows the changes in these variables in time and lists potential impacts and risks to agriculture, infrastructure, energy, water, and forestry.

The process of elaborating the SoE has been a comprehensive effort from the IDB and the Government of Suriname to gather and analyze the most up-to-date and reliable climate data to ensure the assessment has scientific rigor. There has also been an important dialogue with sectorial experts and stakeholders to validate the results. As a result, the SoE is a reliable tool for policy-planners and decision-makers in Suriname.

What are the prospects of a changing climate in Suriname?

In general terms, an increase of between 5°C and 6°C in the temperature is expected at the end of the 21st century. Also, a decrease in the accumulated precipitation of 20% compared to historical records is expected. Regarding sea-level rise, it can be expected to surpass 0.25 meters in the long-term future if greenhouse gas emissions are not curbed. It is undoubtedly a challenging future scenario for decision-makers and the population in Suriname.

These scenarios could translate into a severe impact on water availability/quality and loss of productive and residential land. Also, more extreme climate conditions could impact assets and services from the energy and infrastructure sectors. It is also estimated that a 20% increase in climate-change-related hazards could occur, especially in Paramaribo. If no mitigation or adaptation measures are put in place, the country’s public health, food security, and power independence could be seriously threatened, and the prospects of sustainability and competitiveness diminished. In general, the vulnerability of society and the economy to climate change phenomena will increase, demanding concrete solutions to these challenging prospects.

Source: State of the Environment Report (2021).

Where does Suriname go from here?

It is expected that the findings from the SoE will be widely consulted by government officials and the international cooperation community to come up with concrete measures for society and the economy to better mitigate and adapt to any potential climate-change-related risk.

In that sense, to define the next steps to leverage from the inputs of SoE in the decision-making process, technical validation and awareness-raising workshops were organized in March of this year. The virtual event gathered the most important representatives from the government and the international cooperation of Suriname. During the two-day event, a fruitful discussion took place, and the findings of the SoE were validated.

Stakeholders highlighted that it is essential for Suriname to have updated climate change policies and targets in place, as well as robust institutional arrangements to ensure their implementation. These policies should be sector-binding to enable an adequate mainstreaming of climate change adaptation and resilience enhancement into day-to-day operations. It was highlighted that climate change should become a national agenda instead of solely a concern of the environment, authorities.

Also, local capacities should be strengthened to address the most urgent challenges established by the SoE. This process should complement the introduction of state-of-the-art technology tools to support the work of relevant institutions such as the Meteorological Department Suriname and the National Institute for Environment & Development (NIMOS).

Among the most notable follow-up measures discussed during the workshops is creating a climate change knowledge database. This database will be the main reservoir of data and information from all relevant sectors and improve decision-making by providing updated and reliable inputs to stakeholders.

The SoE is an excellent resource to complement other efforts such as Suriname’s Nationally Determined Contribution (NDC) of the Paris Agreement on climate change and the National Communications to the United Nations Framework Convention on Climate Change (UNFCCC), which countries are committed to do. By providing science-based evidence, the SoE should serve as a resource for prioritization amongst policy planners.

Suriname continues to step in the right direction in addressing climate change. Science-based decision-making is key to face the challenges Suriname faces. The recent pandemic is evidence of that. The SoE will surely help the country plan and pursue a climate-resilient future and ensure the wellbeing of its citizens.

NDC Invest and climate ambition: How Suriname enhanced its NDC on the way to COP25

Adrián Flores Aguilar is a consultant at the Climate Climate Change Division of the Inter-American Development Bank. Based in the Country Office in the Bahamas, he supports IDB operations in the Caribbean. Before joining the IDB, he worked for several International Cooperation Agencies, such as the Food and Agriculture Organization of the United Nations (FAO) and the Economic Commission for Latin America and the Caribbean (ECLAC), supporting climate change mitigation and resilience enhancement projects. Adrián has a Ph.D. in Territorial Studies from the Autonomous University of San Luis Potosí, Mexico, and an MSc from the Technical University of Cologne, Germany.