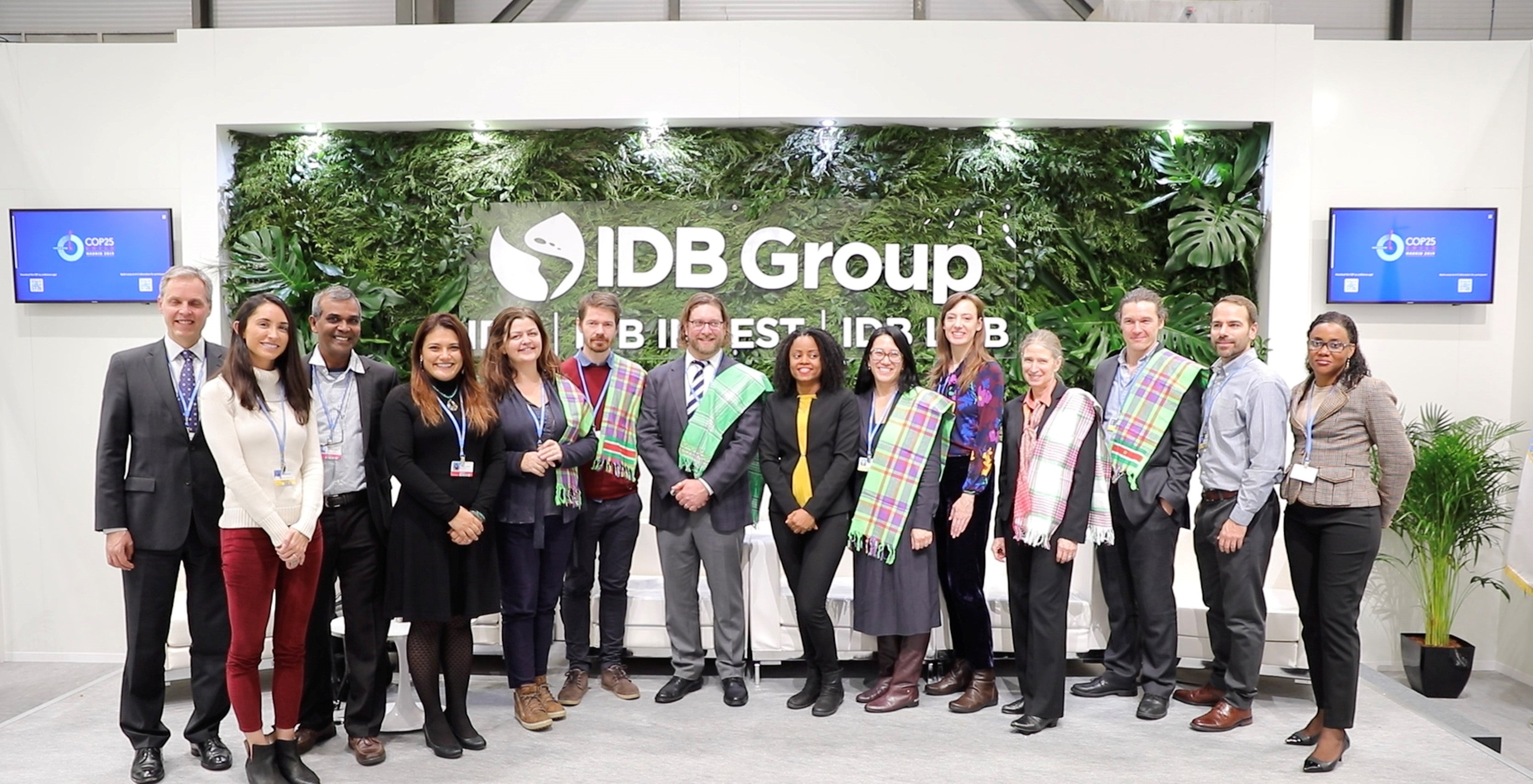 The 25th Conference of the Parties (COP25) has entered its second week in Madrid. The COP, under the presidency of the Chilean government with logistical support from the Spanish government, has the big task of inspiring greater climate ambition to limit global heating to well below 2 degrees Celsius.

COP25 needs to firmly lay the foundations for 2020 when countries must submit their updated or renewed Nationally Determined Contributions (NDCs) in line with the goals of the Paris Agreement.

There are several Latin American and Caribbean (LAC) countries that are answering the call for more ambition given the increasing evidence of the economic and social benefits that carbon neutral and climate-resilient development can bring. At the IDB, we are excited to begin the next decade providing the necessary support to support this transformation.

Through the NDC Invest platform, the IDBG is working to support LAC countries to raise the ambition of their NDCs and to develop long-term strategies to achieve net-zero emissions by 2050.

For this purpose, NDC Invest has created an ambition framework for the LAC region, adaptable to the different national contexts of individual countries. For us, the framework needs to provide countries with the following key elements to make the second generation of NDCs transformative:

The process to update Suriname’s NDC is a fitting example of how NDC Invest supports LAC countries to apply the ambition framework. The Government of Suriname embarked on the path of updating its first NDC in 2019, with the main objective to raise ambition and align the new NDC to national planning instruments. NDC Invest, EQO-NIXUS and ILACO led this effort, adjusting the framework to the country’s reality.

What makes this NDC more ambitious?

With these elements, Suriname was able to develop an enhanced and more ambitious NDC, which recognizes the country’s restrictions and limitations and commits to firmly address them to achieve a more resilient and carbon-neutral development.  With NDC Invest support, Suriname becomes one of the first LAC countries to hear the call for more ambition at COP25.