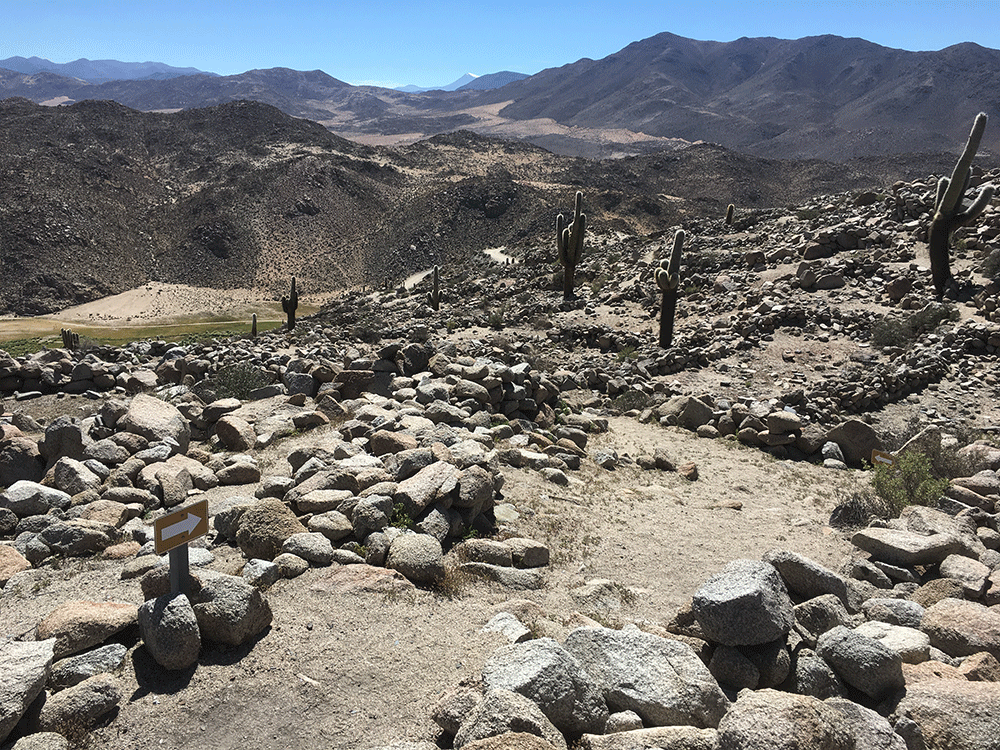 What if you had to restore a key archaeological site from Pre-Hispanic times but could only use Pre-Incan and Incan construction techniques? How do you find the right people for the job?

Well it turns out that together with our counterparts in Salta, Argentina, we found just the right approach to this challenge, and it’s an approach that helps create new employment opportunities and skills while enabling communities to participate in their cultural patrimony.

Here is the story. But first, some context.

Few people are aware that April 18 is “International Day on Monuments and Sites”, but since 1983, the day has been designated to celebrate and raise public awareness of the diversity of the World’s cultural heritage, and to highlight efforts to safeguard vulnerable cultural sites. The day was established by UNESCO (The Educational, Scientific and Cultural Council of the United Nations), which through the World Heritage Convention has created a list of cultural and natural sites worthy of special protection, which range from the Great Wall of China to the Mayan temples of Mesoamerica. This year the focus of the celebration is on “Cultural Heritage and Sustainable Tourism” and is linked to the United Nations’ International Year of Sustainable Tourism for Development and the Sustainable Development Goals.

The Qhapaq Ñan and the Salta Sustainable Development Tourism Program

The Inter-American Development Bank (IDB) has been working closely with the authorities in Salta Province for many years, and one project in particular is focusing attention on restoration and preservation of the sites of the Qhapaq Ñan. Having worked closely with the Provincial Ministries of Finance, Tourism and Culture and Environment on the “Salta Sustainable Development Tourism Program” for two years now, I can see the great potential, but also the challenges of developing tourism in sensitive cultural sites.

Like many IDB tourism programs, this Program includes a broad range of investments, including:

Most  of the investment is concentrated on the infrastructure projects, all of which must meet with IDB’s environmental and social safeguards during preparation, construction and operation.

In Salta, the infrastructure investment includes restoration of the key archaeological sites of the Qhapaq Nan in the province and a program aimed at attracting national and international tourists to learn more about the pre-Hispanic history and culture of the region.

Not your everyday construction project

The project to date has focused on developing very detailed plans for the restoration of three sites: Tastil, Potrero de Payogasta and Graneros de la Poma. These plans are prepared by archaeologists of the Qhapaq Ñan Salta Technical Team, and are of the highest international standards for restoration. Many of these sites lay in relative ruins, mere piles of rock and stone, and it is a complex task to restore them to their original state. As a World Heritage Site, there are very specific processes to adhere to, to ensure that the sites are restored and not completely rebuilt.

Everyday construction projects have fairly straightforward standards for soliciting bids from experienced contractors. But precious few construction companies have experience in Pre-Incan and Incan building techniques. This is where the IDB was able to tap its experience from other countries where we have worked on similar projects.

During a site visit in March 2017, the IDB team suggested to the leaders of the Ministry of Tourism and Culture of Salta an alternative approach to hiring a construction company: The Qhapaq Ñan – Salta Archaeological Team would select and train pre-Hispanic construction techniques to the people and communities surrounding the sites so they carry out the restoration, with the support of local associations as well as students of archaeology in the region. This approach would provide work to the rural population, appropriation for their cultural heritage, and training in techniques that will be useful in the coming decades with the regional impulse to enhance the Inca Trail. In a matter of days, the Qhapaq Ñan – Salta Technical Team met with the Tastil Local Management Unit, solicited their feedback on the proposal, and started working on the next steps in the process. The training will initially last 20 days and then will continue every two months on specific issues that will arise in each of the places intervened. The restoration project itself will take approximately eight months.

So, on this International Day for Monuments and Sites, we congratulate the Salta team on their progress to date, and look forward to working with our counterparts over the coming months! Follow their progress on The Qhapaq Ñan Salta Blog.

Do you have any similar experiences working on construction projects in cultural sites? Let us know in the comments!

Finding the balance between heritage conservation and tourism development is a long-standing challenge worldwide. To learn more about IDB Safeguard Policies and Cultural Heritage, read “Managing the Impacts of IDB Projects on Cultural Heritage” a publication which helps explain how potential impacts on cultural heritage should be addressed in the context of IDB projects.

For more information about Qhapaq Ñan, watch this video (Spanish)