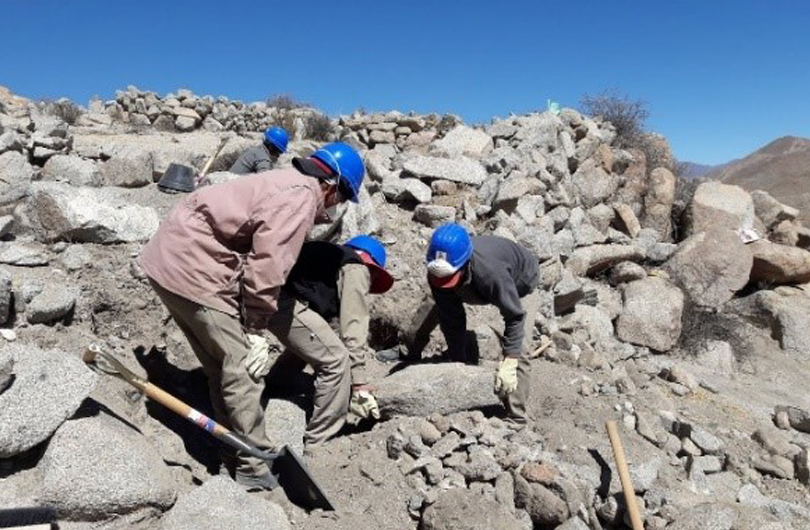 In rural Argentina, an IDB project to restore and conserve the Qhapaq Ñan pre-Hispanic site is empowering local populations as custodians of their ancestral cultural heritage

Twenty-one-year-old Daniel Arjona comes from the small Andean village of Santa Rosa de Tastil, in the Quebrada del Toro region of Argentina’s northwestern Salta province. Only 25 people live in the village itself, with the number climbing to 150 when those living in the vicinity are counted. Job opportunities for young people like Daniel are scarce. Yet, an innovative project by the Inter-American Development Bank (IDB), the Sustainable Tourism Development Program of the Province of Salta, has come up with a community-centered solution to the challenge of preserving the area’s pre-Hispanic heritage while at the same time providing employment opportunities for Daniel and other members of the local community.

Daniel was one of the 15 members from several Quebrada del Toro local communities who were trained by local and Peruvian archaeologists specializing in pre-Hispanic construction techniques to help restore and conserve a number of sites along the Qhapaq Ñan. Also known as “The Main Road,” Qhapaq Ñan was a pillar of the Inca Empire’s political and economic might. Running through five Argentine provinces and five South American countries, it was designated a World Cultural Heritage site by UNESCO in 2014.

The road was a network of more than 23,000 km of roads connecting numerous production, administrative and ceremonial sites built by pre-Inca Andean people during more than 2,000 years. Today, however, much of the road and many of the sites are in ruins and their restoration is a daunting task since their World Heritage status requires local authorities to follow very specific preservation processes to ensure that their “outstanding universal value” remains intact. 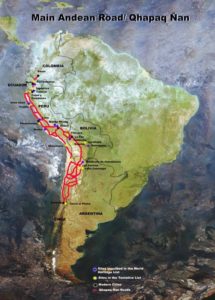 Typically, public works projects tend to have simple standards for soliciting tenders from construction companies. But in this particular case, a different approach was taken due to the nature of the conservation work needed in the sites, their isolation–several hours on foot are required to reach the area–, as well as the interest from local communities to be involved. This is where the training program Daniel took place in comes into play. Rather than hiring a construction company, the IDB partnered with the Cultural Heritage   and Finance Secretariats of the Provincial government in Salta to finance the training sessions of the 15 scholarship recipients and the sites’ restoration.

A number of communities in the area put forward their candidates for the scholarships. These people were then trained in the theory and practice of pre-Inca construction. “They trained us first in the city of Salta and then on-site in Tastil on structure restoration,” Daniel said. “I would have never dreamed that I would be working right here on the site!”

The grant fellows were organized in three groups who called themselves “Los Cardones” (The Cacti), “Los Suris” (The Rheas), and “Los Halcones Viejos” (The Old Falcons). Under the supervision of the archaeologists, the three groups worked for 40 days conducting a detailed registry of the site and then undertaking the conservation of the Tastil’s Pucara, the fortress erected centuries ago by their ancestors. Another scholarship fellow, Valentina Chuchy, the only woman in the group, takes pride in working at the location built and inhabited by her ancestors and in the interest of the new generations in restoring the site.

“There are many who are younger than me, and they are full of enthusiasm and eager to learn,” she says of her fellows. Her words are testimony that empowering local people and putting them in charge of the site’s preservation has produced a new generation of custodians of the region’s cultural heritage. “This is something that we, as indigenous peoples, are upholding and will continue to uphold,” says Valentina.

Logistics for the project is being provided by the Cerros Turu Yaco Entrepreneurs Association, which is familiar with the mountainous region’s specific needs. The Association, which brings together several Quebrada del Toro communities, is in charge of coordinating the project. This is a challenging task now that the Tastil works have been completed and the scholarship holders are working up on the mountains, at nearly 4,000 meters above sea level. “We are very proud of what we are doing here,” says Turu Yaco Association’s Secretary Primitivo Yapura. “Many years ago, our ancestors placed these stones here to build their homes and develop their livelihoods, and now the current generation is again in contact with the same stones.”

The IDB and the Province of Salta

The restoration of this archaeological site is part of a new type of development for this area. This conservation project is being financed by an IDB program whose goal is to boost income and generate employment in the tourism industry, as well as to promote a more equitable distribution of their benefits throughout the area and the population. Developing tourism in sensitive cultural sites is a major challenge, but one that has the potential to promote the development of rural communities. Manolo Copa, President of Tastil’s Local Management Unit, said of the project: “This asset belongs to us, the local people, and now its preservation is in our hands. The IDB has placed its trust on us, and we have stepped up to the task.”

Did you know that today is World Heritage Day? (Formally, the “International Day for Monuments and Sites.”) For more information on the theme of this year’s rural landscapes, click here.

To view our blog post from two years ago, when the program to train Quebrada del Toro’s local residents for the Qhapaq Ñan conservation project was first planned, click here.

Joseph Milewski is a Sector Specialist working with the IDB since 2001, he currently works on environmental, fisheries, forestry, rural development and tourism projects. His previous posting with the Bank include Guatemala, Jamaica, Brazil, Perú and Washington, D.C. Prior to joining the IDB, Joseph worked for the private sector in the pulp and paper industry and with a public sector utility in Canada, in areas such as human ecology, environmental impact assessments and environmental policy. Joseph is a graduate from McGill University in Anthropology and a has a master’s degree in Urban and Regional Planning.