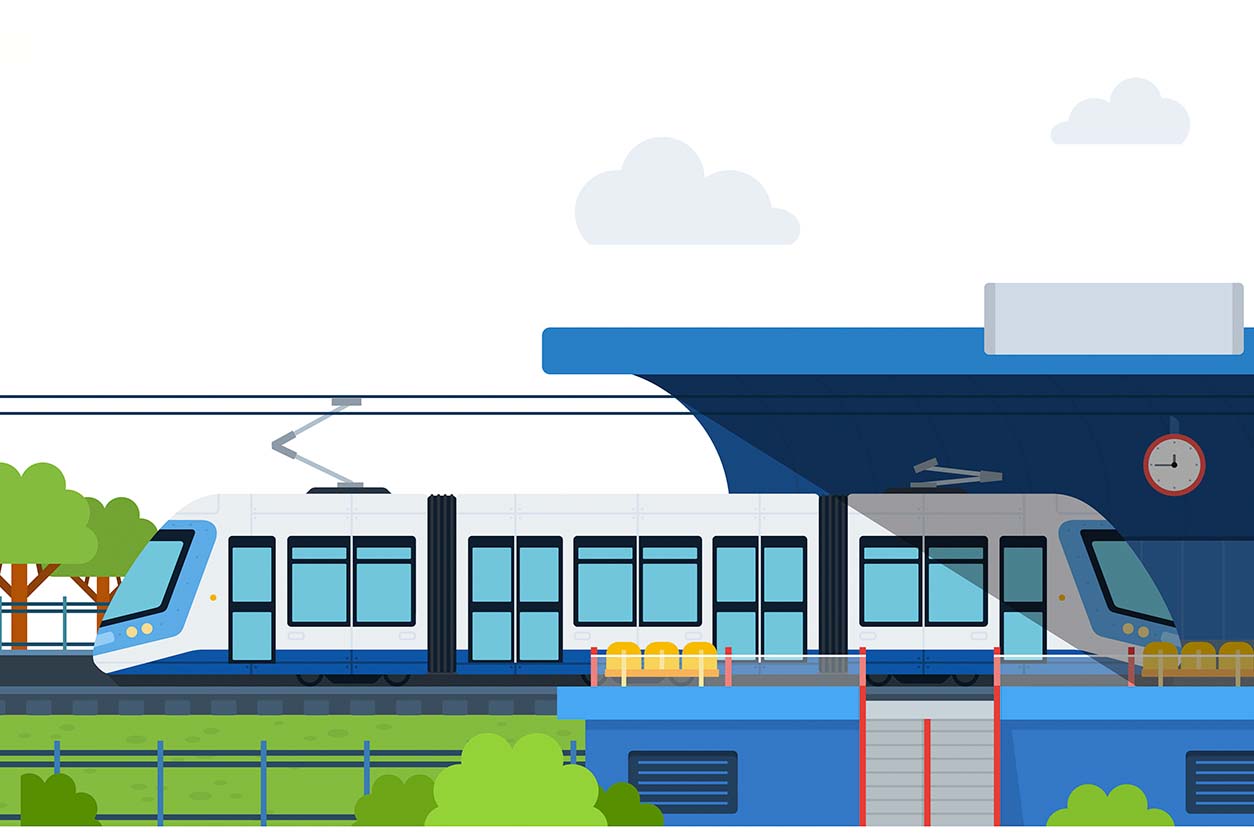 I was born in Montreal, and I have early memories of whizzing around the city on the metro system with my mother.  When I was in the first grade, we moved to a new province, to a smaller town with a slower pace, and we got around by car, foot, or bus. Living in the suburbs, I remember the fear of missing the last bus and having to take a long walk from the bus stop. This smaller town has now grown into a large urban sprawl and the bus system has grown with it.

In the early 2000s, that system began to feel the pressure of the city growth. The city council decided to address that issue by building a light rail train system, a state-of-the-art electric rail service that would provide its citizens with faster and wider transport opportunities. As in any mega-project, there were environmental and social studies, feasibility studies, and public consultations. However, there was no readily available grievance mechanism in place, which meant there was no clear way to gather and address complaints.

The construction of the light rail began in 2016 and it was plagued with issues. The construction of a tunnel to accommodate the light rail resulted in a large sinkhole, injuring no one, but causing millions of dollars in damages. Then, when the light rail was inaugurated in fall 2019, it broke down and at times was unreliable, turning people back to their cars and old bus routes. In addition, housing and commerce were built around the system and when the pandemic hit, causing commuters to stop using the rail, these businesses were severely affected.

Similar to some programs financed by the IDB, the light rail system had a complex management system, with oversight from the city council, but construction and maintenance were the responsibility of contractors. The system used for the light rail was new and when it did not work there was no one in the city council or executing agency that could fix it.

If you do a quick search of the light rail system’s grievance mechanism you will not find anything.  You will find many websites with information on the service, including hours of operation and cost, but you will not find clear instructions on how to make a complaint or comment on the service.  If you do a quick search for complaints related to the light rail system you will find many. There are complaints from commuters, commerce that has relocated to the new light rail stops but lost business, and from light rail workers who suffered injuries in unsafe working conditions.

Why do you need a project-level grievance mechanism?

The IDB’s Environmental and Social Policy Framework (ESPF) sets out clear responsibilities to implement both a stakeholder and a workforce grievance mechanism throughout the lifetime of a program. This system allows stakeholders to file complaints and make sure that those complaints are responded to and addressed in a timely manner.  From the time that the environmental and social studies are prepared, and stakeholders are consulted, they should be informed about the grievance mechanism. Furthermore, in a program with many contractors, there should be a complaint mechanism for those that have major responsibilities. In the case of the light rail system, both workers and riders should have their own mechanism so that they know where to file their complaints and how they will be attended to.

When developing your grievance mechanism, we recommend the following:

Grievance redress mechanisms are not only an essential component of stakeholder engagement but also an important source for us to continuously improve our projects and the services we deliver to our beneficiaries. It is important to remember that a well-functioning grievance mechanism should not be considered a substitute for a good stakeholder engagement process, but rather as part of the process itself.

Protecting all life on Earth: sustainable management of biodiversity in projects

Soraya Senosier is a gender specialist in the Environmental Safeguards Unit and has been with the Bank since June 2014. Ms. Senosier has more than 10 years of experience in monitoring, evaluating and managing international development projects in countries like Haiti, Honduras, Mexico, Peru and Bolivia. Ms. Senosier has supported local and regional initiatives in the areas of resettlement, gender equality, political participation, violence prevention, and migration and employment. Ms. Senosier has a Master's Degree in International Development, Peace and Conflict Resolution.