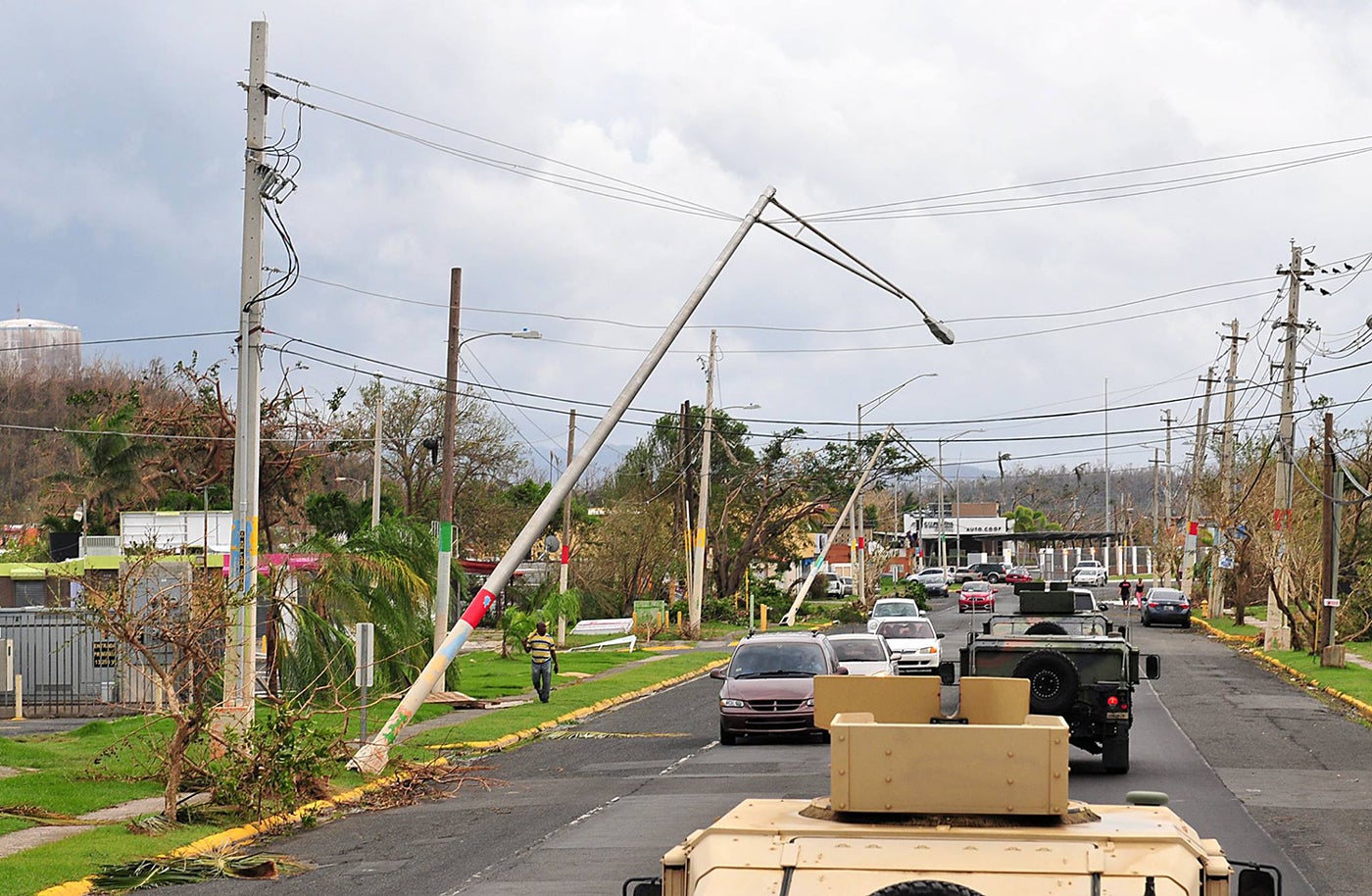 A few days ago I saw a drawing made by the son of a friend who lives in Mexico City after the second earthquake to hit the city this year. I was impressed for two reasons–first, how the child conveyed the closeness to his mother at the time of the tremor and how they were leaving their house with his belongings (toys); and second, how he managed to depict the shaking of the structure. Luckily, he was safe. But the 7.1 magnitude quake that struck that Sept. 19 took the lives of 37 other children who perished when their schools collapsed.

If there ever was a year when we watched and experienced natural disasters from real close in Latin America and the Caribbean, it was this one–floods and mudslides in Peru and Colombia, hurricane events Harvey, Irma and Maria lashing most nations in the Caribbean and Central America, and the latest quakes in Mexico, which left more than 350 dead and 2.3 million-plus affected in their trail.

When such events strike we tend to focus on the fatalities, because each life is priceless and irrecoverable and their loss has a strong impact on all of us. However, as time goes by, future generations tend to forget the consequences and impacts of past events and to pay scant attention to steps aimed at preventing and mitigating the magnitude of such threats.

In Mexico, besides the enormous number of victims, there also was considerable collateral damage on infrastructure, with 153,000 constructions affected, of which at least 24,000 were destroyed and 46,000 badly damaged and rendered uninhabitable. This damage included schools, hospitals and other infrastructure that is critical for the population.

Hurricane Harvey has also had a strong environmental impact due to the concentration of chemical plants in the affected areas. Substances from such facilities caused two explosions at the Arkema chemical plant in Crosby, Texas, while the stagnant water turned into chemical sludge posing a health hazard to adjacent communities.

In Puerto Rico, hurricane Maria had a significant impact on infrastructure, including damage to the power grid as electricity pylons collapsed. As a consequence, it may take between 4 to 6 months to restore energy supply to the island. Additionally, 70,000 people have been evacuated due to a potential failure of the Guajataca dam and damage to roads, bridges and other infrastructure. Moody’s Analytics has estimated that the damage caused by hurricane Maria amounts to 150% of the Gross National Product ($95 billion).

Now more than ever I see the relevance of the Inter-American Development Bank’s (IDB) Disaster Risk Management Policy OP-704. This policy was approved in 1998 thanks to the technical assistance from donors like Japan, one of the countries most affected by natural disasters. This policy is critical not just for the strategic management of planning to tackle disasters–it also includes guidelines to assess and mitigate the risk and viability of projects that are part of the IDB’s portfolio.

Under this policy, at the time of evaluating a project to be financed by the Bank we must look into the prospect of an eventual natural event affecting the said project, its environment and nearby communities. It also requires that we take steps to ensure that the project be resilient and capable of withstanding events such as earthquakes, hurricanes and floods –which are expected to see their strength and frequency increase in the LAC region– in order to minimize their effects.

It is the IDB’s task, as well as a commitment to our counterparts and to future generations, to ensure that there are no losses of lives or impacts to the economy associated with the Bank’s investments and infrastructure projects. This International Day for Disaster Reduction provides a great chance to underscore our commitment. Quick, effective action can save many lives.