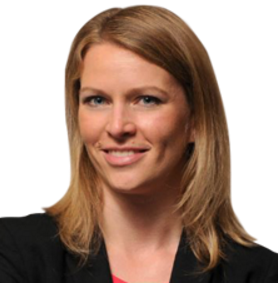 Climate change adaptation is a big concept, one that doesn’t get any simpler when applied to agriculture. The sector is affected by a range of factors, from climate, to socio-economics, to international trade policy. What’s more, climate change is unprecedented and adaptation is thus a work-in-progress; there are very few – if any – past examples to learn from.

All of which makes the end-to-end process of agricultural adaptation a difficult one to visualize.

These obstacles didn’t stop participants at the “Climate-Smart Agriculture: A Model for Global Action” forum, organized by the Inter-American Development Bank (IDB) and the Colombian Embassy last week in Washington, D.C., from pulling the pieces together in an attempt to lay out a plan for investment and innovation in agricultural adaptation across the whole of Latin America. Fortunately, the region does have a flag bearer: Colombia.

Colombia, along with Brazil, is considered a pioneer when it comes to climate change issues and the development of National Adaptation Plans. Andy Jarvis, climate change expert at the International Center for Tropical Agriculture (CIAT) in Cali, Colombia, made the case to IDB and ministry officials that Colombia is taking the lead on adaptation approaches that could well be scaled out to the rest of Latin America.

For many countries, economic losses caused by catastrophic climate events act as the catalyst for a serious push to include adaptation in climate change policy where previously only mitigation had been considered. In Colombia’s case it was the La Niña phenomenon of 2010-11, which flooded about 807,600 hectares, affected over 2.7 million people, and caused the equivalent of USD 12 million in damages.

Indeed, increasing climate variability remains the most serious risk to Colombian agriculture, although changing conditions in the longer term also threaten to render key cash crops such as coffee unsuitable for their current growing range.

So what exactly has Colombia done to be at the forefront of climate change adaptation in the agricultural sector?

Since the La Niña catastrophe, the Colombian Ministry of Agriculture and Rural Development (MADR) has made major investments in holistic, multi-crop, and multi-region adaptation efforts. A landmark alliance between MADR and CIAT has been the latest in a series of important steps for the advancement of the country’s adaptation agenda.

For starters, Colombia has diagnosed climate vulnerability on a very fine scale, meaning that adaptation measures can be prioritized based on the areas of highest risk – be they geographic location, crop, or socioeconomic status. Including farmers in this process has meant that the identification of adaptation options is all the more likely to successfully address conditions on the ground.

Farmers’ participation in the adaptation planning process has had the additional benefit of increasing their climate conscience, a must if rapid changes are to occur in a country that is only recently beginning to experience the far-reaching impacts of climate change.

In the intervening years, Colombia has developed an impressive portfolio of adaptation measures. These include new agricultural technologies such as improved crop varieties, models, site-specific management techniques, seasonal probabilistic forecasts that help reduce climate risks, and low-carbon, low-water production systems that make the most of precious resources.

From Colombia to the rest of Latin America

In his presentation at the forum on 11 February, 2013, Jarvis emphasized that Colombia’s approach is by no means exclusive to the country. Instead, the simple sequence of “diagnose, prioritize, and then act” can serve as a template for other countries in Latin America as they seek to develop similar plans of attack against the impact of climate change.

CIAT’s fruitful partnership with the IDB, for one, is scaling out climate impact modeling and detailed analyses of the social and economic implications of climate change for the agricultural sector to the whole of Latin America and the Caribbean. These analyses serve as a jumping off point for “zoomed-in” country level assessments and south-south collaborations between countries with complementary adaptation needs.

“We are working with the IDB on a vision towards the year 2030, on what the agriculture and livestock sectors are really going to do about the climate,” said Jarvis. “This forum helps us to start heating up the discussion with multi-lateral agencies,” many of whom will be critical partners as adaptation planning moves into adaptation action.

Last week in Washington, the pieces of the puzzle started to come together. With case studies such as Colombia to help fill in the gaps, there is hope that visualizing – and more importantly, implementing – climate change adaptation will become just that much easier.

View Jarvis’s presentation on the climate change adaptation story in Colombia below: