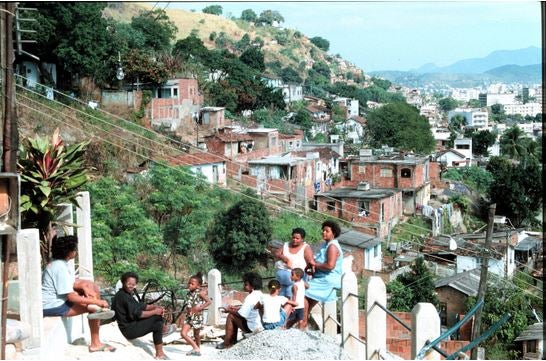 Rio de Janeiro’s Pacification Police Units (UPP) are celebrating their fifth year in 2013. They do so with generally positive approval ratings from the media and society as a whole. A recent study by Instituto Data Favela indicates that 75% of favelas inhabitants approve of the UPPs. Notwithstanding major crises and criticism, the UPP constitute the single most important public security initiative in the state. And yet the persistent informality of the UPP may eventually undermine its sustainability.

Since their inception, the UPP have enabled an unprecedented reclamation of territory in the city of Rio de Janeiro. Many of the areas where the 34 UPPs were installed had once been dominated by heavily armed criminal groups. According to the Secretaria de Estado de Segurança Pública do Rio de Janeiro – SESEG (Rio de Janeiro State Public Security Department), there are 34 UPPs today, with some 8,591 officers, covering approximately 231 communities. Citizens who were terrorized by a war-like environment now experience a more normalized and stable routine. Many residents have the necessary confidence required to live more productive lives.

A principle achievement of the UPP initiative is the way it dramatically reduced the intentional homicide rate in Rio de Janeiro. Newly installed UPPs are especially effective at preventing violence generated by the confrontation between the police and armed groups. And while suffering from some “displacement” effects, the trend downward is inescapable.

The UPP process has also pulled the covers off the uncomfortable realities of Rio de Janeiro’s low-income communities. It shines a light on the many security challenges they face – difficulties that were previously shrouded by a veil of fear, mistrust, prejudice and informality. What is more, the pacification process has also unveiled other kinds of risks, many of them previously under-recognized by state institutions, including sexual and domestic violence.

On the one hand, pacification has positively contributed to consolidating a democratic state based on the rule of law. On the other, it has also revealed the massive social debt assumed by poorer and under-serviced communities. It highlights the critical need for a wider program of social and economic investment advanced in a responsible manner that generates sustainable returns.

While hard to digest, it is important that these hard realities are accorded maximum visibility. In acknowledging them, police can be empowered to assume greater responsibility in conflict prevention and mediation. Likewise, the state can assume a more proactive, inclusive and responsible approach to delivering public services. As everyone knows, the challenge of violence cannot be solved by police action alone.

Addressing Rio de Janeiro’s security challenges requires a comprehensive approach. It demands the promotion of safe spaces for communities, such as those advanced by most of the UPPs. But it also requires the proper functioning of social and welfare institutions and progressively addressing the underlying conditions that allowed the accommodation of highly violent criminal organizations in the first place.

Assuming that political will can be maintained and civil society support is sustained, the government should be able to establish 40 UPPs by the end of 2014. However, public policy cannot survive on good will alone. What is also needed is a measure of transparency and predictability. Residents need to be assured that the program is going to endure beyond 2014.

Notwithstanding the success of the UPPs, there is still some confusion about what it is and is not. There is an absence of clear formal program with defined objectives, goals, indicators and monitoring systems. Without more formalization, there is a risk that the UPP could turn into a kind of occupation by default. And it is this kind of occupation that is at the root of many contemporary challenges facing the UPP today.

The application of a broad approach to the UPP was originally intended to maximize the discretionary space of officers on the ground. It was also an implicit recognition that each community in which UPPs were installed represented very different realities. As such, the UPP permitted a wide array of possibilities for police action – from ominous “heavy handed” to more cosmetic “community policing” approaches. There is a risk, however, that the maintenance of a good image becomes an end in and of itself.

But this open-ended model came at a cost. Instead of creating tighter bonds between police and communities, there are signs in some UPPs that residents have instead preferred to keep their distance. As a result, some police have felt alienated and were discouraged from adopting proximate policing tactics. Police have become more defensive, as opposed to cooperative. All of this undermines the possibility of creating networks of local protection based on solidarity.

It is no longer appropriate for the UPP to advance a vague mandate and unclear operating procedures. At the early stages this approach was positive since it allowed those involved – police, community leaders, public officials, private business people, and others – to participate in the construction of a mutual learning dynamic. But now it presents a risk. New types of ideas and practices that are not consistent with the original aspirations of the UPP are now potentially weakening it.

Arguably the most significant challenge to the UPP is managing legitimate policing while ensuring greater proximity with communities. At the very least, the government and police force of Rio de Janeiro must systematize what has already been learned. They must build a balanced model for the UPP that is constructed within a framework of democratic principles. If they do not do this, then the program will continue to rely on intuition and good fortune. There is a danger that some of the early successes of the UPP may well become its greatest failure.

Robson Rodrigues is a Senior Consultant to the Igarape Institute