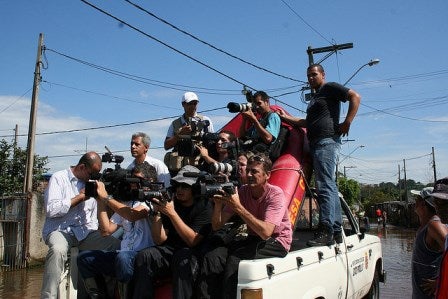 Recently, in New York City, a group of public health professionals and crime experts came together at a conference to discuss how to apply public health concepts to the “epidemic” of mass incarceration in the United States. “Public health, incarceration and justice issues are inextricably linked, in both the causes of the incarceration rate, and in the solutions we need to put together,” Linda Fried, Dean of Columbia University’s Mailman School of Public Health, told the group.

It was another example of the profound change in attitudes towards crime and punishment now underway in the U.S.  With the world’s largest prison population—some 2.2 million adults—increasing numbers of people from all political ideologies have begun to realize that the “tough on crime” policies of previous decades have been counter-productive. They’ve destroyed families, sent some of America’s poorest communities into a cycle of decay and neglect, and have had a disproportionate impact on African Americans and Latinos.

There were almost no journalists at the Columbia University conference. And that’s a problem.

While a number of U.S. reporters have begun to deepen their coverage of these issues, too many news outlets still feed the public a daily sensational diet of murder and scandal.

I suspect that the situation is much the same in Latin America. Pablo Bachelet, in his recent Sin Miedos blog,  set out the problem very well: journalists have a hard time convincing their editors (and sometimes themselves) that it is worth the extra effort and expense to go beyond the headlines to uncover the deeper stories of violence prevention.

Judging from the headlines alone, Latin America is awash in murderous drug cartel wars, corruption and other forms of official malfeasance.

Sure, that’s part of the reality. But it’s not the only reality—as I discovered when our Center on Media, Crime and Justice organized, with the support of the Tinker Foundation,  a special workshop  for Mexican and Central American journalists on “Justice Challenges in the Americas” in Washington DC in April.

Journalists arrived with laptops bulging with projects for examining the dramatic reforms in play in their countries on sentencing, corrections and judicial procedures, in police strategy, and violence prevention efforts—to name just a few. They were eager to compare notes with U.S. reporters and experts about the very similar challenges facing the U.S. criminal justice system.

But in order for them to succeed—that is, to get their stories printed, broadcast or published online—justice authorities (and yes, NGOs) also need to change their traditional attitudes towards the press.

Here are a few of the basic principles that need to be part of re-thinking the relationship between criminal justice reporters and the state—and by implication with civil society in general:

There are no easy answers to developing and fostering the kind of reporting required to address the complex issues of 21st-century justice systems. But without such reporting, the effort to create safer and more equitable societies will be crippled from the start.

Stephen Handelman is director of the Center on Media, Crime and Justice at John Jay College of Criminal Justice in New York; and managing editor of Americas Quarterly. He is a veteran journalist and author.