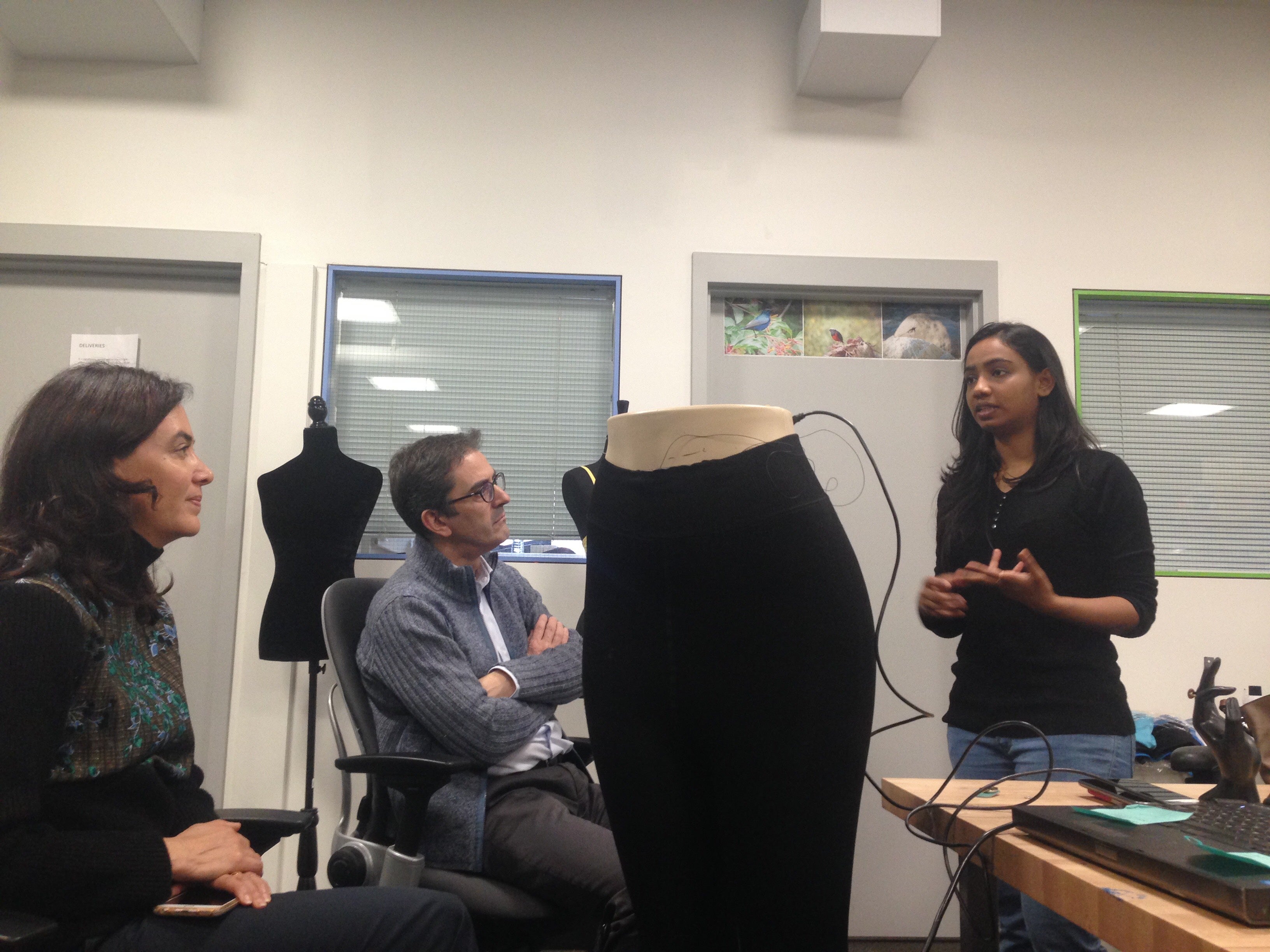 Increasingly, people are reading their email on their Apple Watch, tracking their sleep with their Fitbit, asking Siri for directions or demanding Alexa to change the song.

After the 2012 Delhi rape case in which a 23-year-old woman was beaten, raped, and ultimately killed in a bus, Manisha Mohan a researcher at the MIT Media Lab decided to take action. Some people were protesting on the streets, others were pushing for legal reform. There was a way to fight this kind of violence constitutionally, Manisha said, but there was also a way to do so technologically, and so she did.

The idea was not to add an extra piece of technological equipment that a person would have to wear to prevent a rape or an assault, Manisha said. It was about making our existing garments and accessories more technology-driven.

And indeed, for the last two years a team at MIT has worked to make our daily wearables much smarter. What have they done?

Smarter Textiles
Researchers created a small, adaptable clip with a sensor that a person can attach to his/her pants or other pieces of clothing almost seemingly. It is designed to prevent physical or sexual assault on a person who, for one reason or the other, is not able to respond and to provide consent – or lack of it thereof. Once the sensor detects an abrupt and forceful movement, it will send a text to the wearer. If the person does not reply within 30 seconds, the system will immediately contact a pre-set number (which can be 911 but also a friend or family member of the wearer) with the victim’s GPS coordinates.  At the same time, the system will contact the nearest local care giver so they can reach the scene and act as witnesses to build evidence for legal proceedings.

Smarter Accessories
Another line of work uses odors to distract assaulters. As Manisha explained, the pleasure center of the brain is close to the olfactory bulbs. This means that certain odors can significantly disrupt the neurological cycle diverting attention for pleasure seeking impulses. Researchers developed specific smell capsules that are attached to accessories such as earrings, belts, and necklaces, and they can be activated to repel the assaulter. Pilot studies conducted at the MIT Media Lab have already shown that their odor capsules succeed in reducing sexual urge and cause subjects to lose interest faster.

Still, Manisha said that she wishes she didn’t have to work on this. But the most recent data on rape and violence against women, suggest that she might have to.

What’s more, in most countries, less than 40% of women who experience violence sought help of any sort, and of those, less than 10% sought help from the police.

In the face of this crisis, magnified by the outcry around numerous rape cases in the United States, and around the world in recent years, there have been other innovations of this sort. In some police departments around the United States, they have begun the use of GPS tracking devices to monitor abusers as they await domestic violence case hearings, which is when victims are most at-risk. And others have developed wearable emergency buttons that individuals can press to report an attack.

But the implementation of these tools can face numerous technical, logistical, and social challenges, highlighting the fact that technology alone is not enough to address, and most importantly prevent violence in general, and violence against women in particular. Stopping this type of violence will require fundamental changes in gender attitudes and behaviors. But in the meantime, women need to carry on with their lives, and in some cases, these tools can help them do so.