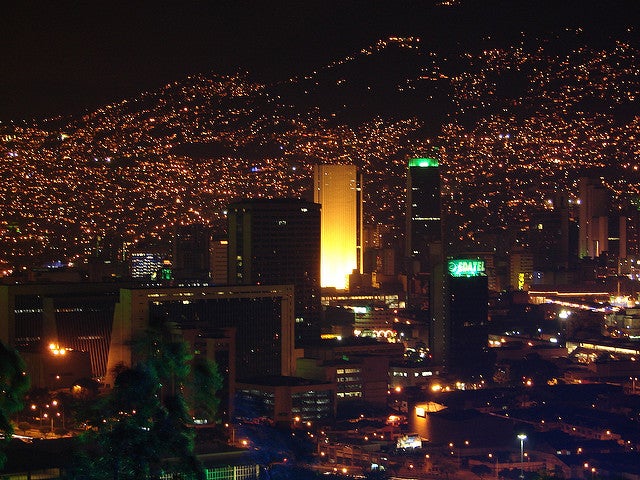 Crime and violence have been around for centuries, in Latin America and the Caribbean, and around the world. But our understanding of why people commit crimes and why they commit crimes in given places and not in others remains incipient. In some cases, governments have improved at investigating crimes or controlling high crime areas, also known as hotspots. But to successfully prevent crime requires a much more nuanced understanding of why crimes take place to begin with.

In six Colombian cities, we will aim to achieve exactly that. In the same way that technology has enabled medicine to delve deeper into the causes of disease and to develop the most effective treatment, Big Data allows a more in-depth analysis of the causes of crime, to then develop more effective interventions to prevent crime in the first instance and respond more effectively when it occurs.

As Colombia’s Vice President and former General Oscar Naranjo noted, the current age of technological innovation has brought about the necessary data and the tools to move away from traditional recipes for crime control and prevention, and into innovative approaches to better understand and respond to some of our most complex problems.

But what exactly is Big Data and how can it help?

As Sandy Pentland puts it, we can understand Big Data as the digital breadcrumbs we live behind in our day to day. Data stemming from phone calls, credit card payments, online interactions, app usage, and many others. These massive amounts of geocoded digital breadcrumbs give us information about who we relate to and how we relate to others, how we get around and interact with the places around us, and what characterizes these places, as well as how they change.

Most of these data are neither government generated nor open to the public. They are usually in the hands of private companies who are now beginning to think about how best to use it – for private and public interests alike. Some of these companies have reached agreements with research institutions to share segments of their data for these institutions to test its value in describing and predicting social phenomena, and ultimately using it to proscribe policy recommendations.

For the most part, the traditional recipes not just in crime prevention, but in data analysis for development, have focused on static characteristics of the individual or of neighborhoods. These include, for example, socio-economic status, age, gender, educational attainment, employment and others. While these are certainly useful, Big Data are inherently relational and tell us a lot about how we relate to one another.

Increasingly, literature in sociology, psychology, and social physics has shown that these attributes and our social networks strongly influence our behaviors and decisions. Then it only makes sense to complement our existing statistics with these data to learn more not just about people, but their networks, and interactions. In fact, analyses using Big Data have already proven to be useful in predicting disease spread, crime levels, and transportation patterns.

In Colombia, we plan to take an important stride towards answering questions that remain unresolved, not just in the country, but around the world. For instance, we want to go beyond predicting crime hotspots, but to understanding why they are where they are, and in doing so determine potential crime enablers and deterrents. We want to know how we can affect a sense of impunity to reduce crime, and to what extent we can influence social networks to alter individuals’ behaviors and reduce criminality.

But we know that to do so, we need more than just data.

The capital B and the capital D in “Big Data” are not arbitrary. Big Data is an ecosystem and it refers not just to massive amounts of digital breadcrumbs, but also to our capacities to understand and analyze this data, and the extent to which communities and people are empowered and involved in using it. These make up the three Cs of Big Data: crumbs, capacities, and communities.

To successfully tackle crime and violence in the 21st century, we need projects that are bigger than big data, projects that also build local capacities and partnerships to make sure that our technical and technological advances are also sustainable and replicable. Building local capacities and involving citizens in the use and analysis of their own data, becomes even more important as concerns rise over the biases in the algorithms behind big data, as well as its potential to increase government surveillance and authoritarianism.

By working hand in hand with six Colombian cities, local academic institutions, DataPop Alliance, the MIT Media Lab and other key allies, we expect to go beyond testing the value of Big Data for development, but to build capacities that will enable local governments to sustainably use and analyze what many are now calling “the world’s new oil”.