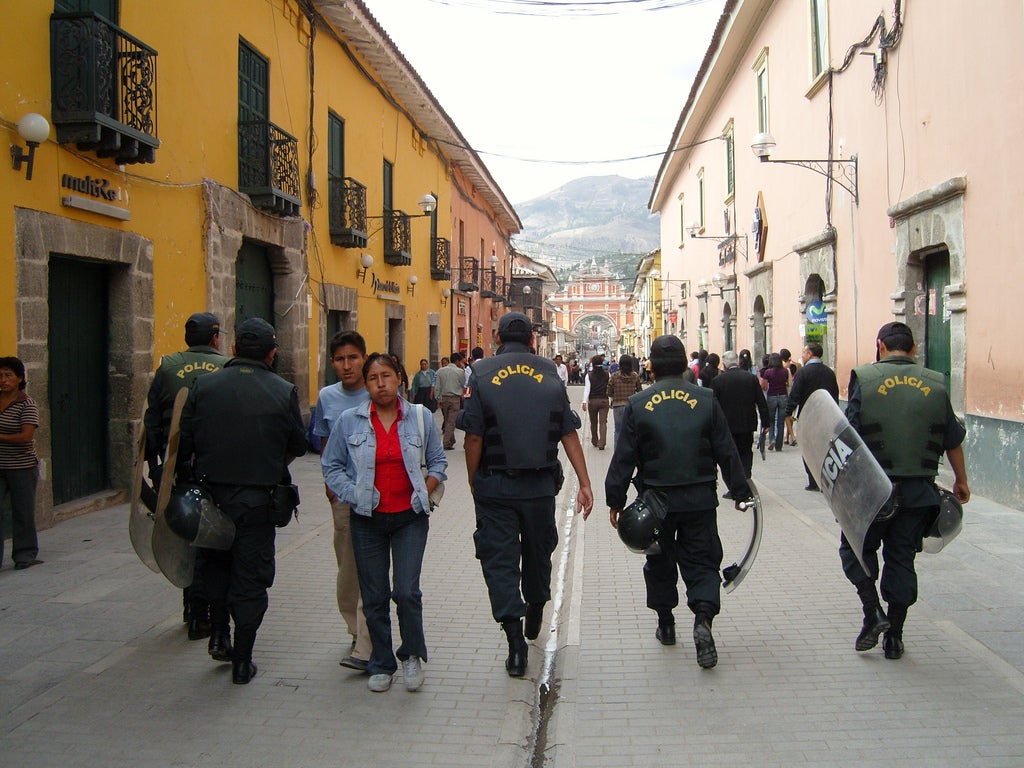 Latin American and Caribbean countries exhibit the highest rates of violence in the world. The regional homicide rate is several times what qualifies as an epidemic, and in some places surpasses levels witnessed in war zones. There are multiple forms of violence across the region ranging from collective and interpersonal violence to state-led extra-judicial killings and sexual violence.

Perhaps unsurprisingly, Latin America and the Caribbean is also a laboratory of violence prevention and reduction innovation. A vast array of public and private policies and programs are underway – many of them involving preventive strategies that privilege judicial, health, educational, therapeutic, and technology-driven solutions. Most of them can be categorized as “citizen security” interventions.

A key tenet of citizen security is that it is focused on reducing violence (whether physical, psychological or sexual) and not just controlling crime (whether the act or omission, defined by statutory or common law as deserving of punishment). This  implies a comprehensive approach to public security and safety as opposed to a focus on police control and deterrence.

Prior to the emergence of citizen security a few decades ago, Mexican, Central and South American, and Caribbean governments typically invested in repression and incarceration as the most effective means of controlling criminal violence. National authorities were determined to be the sole guarantors of law and order. Described colloquially as “mano dura”, military and policing institutions waged a war on crime by applying zero tolerance methods.

The results of these efforts were tragically predictable, including a massive expansion in police (and lately private security guards), draconian legislation, harsh sentencing, and exploding prison populations. The militarized approach effectively criminalized and stigmatized large swathes of the population and is associated with the rise, not the fall, in organized gangs and associated forms of collective violence.

More recently, many Latin American and Caribbean countries witnessed a turn in the dominant public security paradigm. After decades of dictatorship and civil war, governments, private sectors and civil societies pursued intensive security and justice reforms, including a move toward more adversarial systems and greater civilian oversight. While some were more successful than others, these emphasized police oversight and training, community policing, restorative justice programs, alternative approaches to drug policy, and investment in social and economic rehabilitation programs.

There was a rapid growth and expansion in citizen security across Latin America and the Caribbean over the past two decades. The Igarapé Institute has documented more than 1,350 citizen security interventions across 20 countries and territories in the region since the late 1990s. While often overseen by national and municipal institutions, many of these initiatives were supported by multilateral and bilateral agencies, notably the Inter-American Development Bank (IADB), the World Bank and others.

In order to improve transparency and share insights on what works (and what does not), the IADB and the Igarapé Institute designed an interactive data visualization – the citizen security dashboard – to help policy makers, practitioners, researchers and advocates better assess what kinds of activities are underway. Designed for policy makers and practitioners, the dashboard is intuitive and straightforward.

The dashboard allows users to interact with the information and visualize activities across time, space and theme. Information is organized according to when interventions started, where they are underway (country, state, or city level), donor agency, functional strategies, target threat, budget and other indicators. The online tool also includes an innovative function called ‘traffic light’ that reports on the available evidence of effectiveness of a given intervention.

The dashboard also reveals a number of intriguing trends, including:

The citizen security dashboard gives a rapid overview of the distribution and reach of activities. It also permits micro-level analysis, critical for governments interested in exploring solutions. The “traffic light” system can also help users monitor what works, and what does not. The evidence base is still thin, however. A preliminary sample (10%) of the database reveals that just 7% of all 1,350 interventions feature a robust assessment registering positive impact. More than 57% have no supporting evaluations at all.

Latin American and Caribbean governments are investing heavily in new tools to track crime. Hot spot mapping systems and predictive modelling tools are beginning to spread.  Crowd source maps and social media platforms are also emerging from citizen-led groups. While useful, data visualization tools and new technologies offer an important solution, but are not a panacea on their own. Even so, a greater understanding of the types of interventions available and evidence of their impact is more crucial than ever.

Dr. Robert Muggah is a specialist in security and development and oversees research at the Igarapé Institute as well as the SecDev Foundation. He is also affiliated with the University of Oxford, the Canadian Defense and Foreign Affairs Institute, as well as the Center for Conflict, Development and Peace at the Graduate Institute of International and Development Studies, in Switzerland. In 2013 he was named one of the top 100 most influential people in violence reduction and his work on new technology has been featured in the Atlantic, BBC, CBC, CNN, Guardian, Los Angeles Times, New York Times, Vice, and Wired.

Katherine Aguirre is a Colombian economist and researcher with the Igarapé Institute. She has extensive professional experience in the areas of violence prevention and sustainable development. She has worked with think tanks in Colombia and Switzerland and holds a Masters in Development Studies from the Graduate Institute International and Development Studies in Geneva.