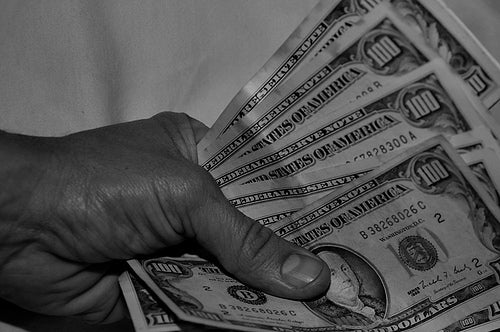 The U.S. Foreign Corrupt Practices Act (the “FCPA”) makes it a crime for companies subject to U.S. jurisdiction to bribe the government officials of other countries.  Enforcement of this law has resulted in enormous sanctions against companies, frequently companies headquartered outside the U.S.  The largest FCPA settlement so far this year was for $398 million, paid by the French oil company Total. This is big money – enough to get the attention of even the largest multinational companies. But as a Brazilian friend recently asked me: where does all that money go?

A good question with a straightforward answer: all criminal fines, civil penalties and disgorged profits (i.e., illicit profits recovered from violators) from FCPA enforcement actions go into the U.S. Treasury. But is that fair, considering that the most apparent victims of bribes paid to foreign officials are the citizens of foreign countries?

But indirect restitution generally does not reach foreign FCPA victims.  All criminal fines paid in FCPA cases are directed to the federal Crime Victims Fund, which is used to provide restitution to crime victims. But this fund rarely – if ever – makes restitution payments to victims in FCPA cases. Rather, Crime Victims Fund resources are generally directed to programs that help victims of violent crimes, or that compensate victims for narrowly defined costs (e.g., medical cost, funeral costs and lost wages) that are unlikely to be suffered by victims of FCPA violations.

There are limits to that obligation, however, some of which are relevant to FCPA victims.  One is that both the VWPA and the MVRA address restitution for Title 18 offenses, but the FCPA is codified under Title 15 of the U.S. Code.  As a result, the MVRA does not require restitution for FCPA violations directly.  But restitution in FCPA matters is still possible, since charges for FCPA violations are routinely accompanied by charges of Title 18 violations, such as conspiracy, money laundering and wire fraud.

Another limitation is a “complexity exception” that relieves the court of its obligation to order restitution where the process of determining a victim’s loss would be too complicated or would unduly prolong the sentencing process.  This exception was invoked by the trial court in Alcatel (see below), but it seems unlikely that determining restitution for a foreign government would be more complicated than doing so for a corporation or NGO.

While courts have an obligation to order restitution (with some technical limitations), victims also have a right to restitution. The Crime Victims Rights Act of 2004 granted crime victims certain rights in criminal cases, including the right to “full and timely restitution” as provided in law. But these rights are also subject to limitations that limit restitution for FCPA victims.

The CVRA requires the U.S. Department of Justice to make “best efforts to see that crime victims are notified” of their rights as victims. If the DOJ does not identify and notify a victim of an FCPA or related crime, the victim can petition the trial court for victim status and protection of victim rights. But foreign victims of FCPA violations are unlikely to be aware of their right to restitution. And without timely notice from the DOJ, a victim will learn about an FCPA violation – if they learn about it at all – only when the settlement is announced. At that point, the victim would have to petition the court to reject a settlement already agreed in order to recognize his rights as a victim.

But another reason courts don’t order restitution to foreign victims appears to be concern about treating a “corrupt” government as a victim. This concern was evident in Alcatel, an enforcement action in which three subsidiaries of the French multinational pled guilty to conspiring to violate the FCPA by paying millions in bribes to officials at ICE, a company owned by the Costa Rican government. Following Alcatel’s settlement with U.S. authorities, ICE petitioned petitioned the trial court for restitution, arguing that it was a victim and had suffered losses at the hands of its corrupt directors and employees.  The trial court, and later the 11th Circuit, held that ICE was a co-conspirator in the corruption and was not entitled to restitution, noting that in general, “a participant in a crime cannot recover restitution.”

The court’s co-conspirator finding suggests that another Costa Rican government entity – one untainted by the corruption in question – might have had more success in asserting victim rights.

Given these obstacles, court-ordered restitution for FCPA victims is an unlikely prospect. But it may be time for the DOJ to consider another approach – there are signs of an international movement toward compensation for victims of bribery.

The Stolen Asset Recovery Initiative recently published a study and accompanying database regarding settlements in foreign bribery cases and the implications for asset recovery.

And on October 25, 2013, a coalition of anticorruption NGOs including Transparency International, Global Witness and Christian Aid called on states to comply with their obligations under Article 53 of the United Nations Convention Against Corruption (UNCAC).  That provision requires State Parties to:

“[take measures] to permit its courts to order those who have committed [corruption offences] to pay compensation or damages to another State Party that has been harmed by such offenses.”

Some nations have already taken steps toward that end – UK law provides for restitution to victims of the UK Bribery Act.

All of which raises the question of whether the U.S. could remove obstacles to restitution in FCPA cases, allowing more frequent compensation for the foreign victims of foreign bribes?  Or is it a bad idea to provide restitution to foreign governments whose officials have participated in a corruption scheme? As put by Mike Koehler at the FCPA Professor: “I am not sure where criminal fines should go when a French company bribes Costa Rican ‘foreign officials,’ but I am pretty sure that the answer should not be 100% to the U.S. Treasury.”

Matthew Fowler is a Senior Integrity Officer with the Interamerican Development Bank’s Office of Institutional Integrity. Previously he worked as a lawyer for FCPA.